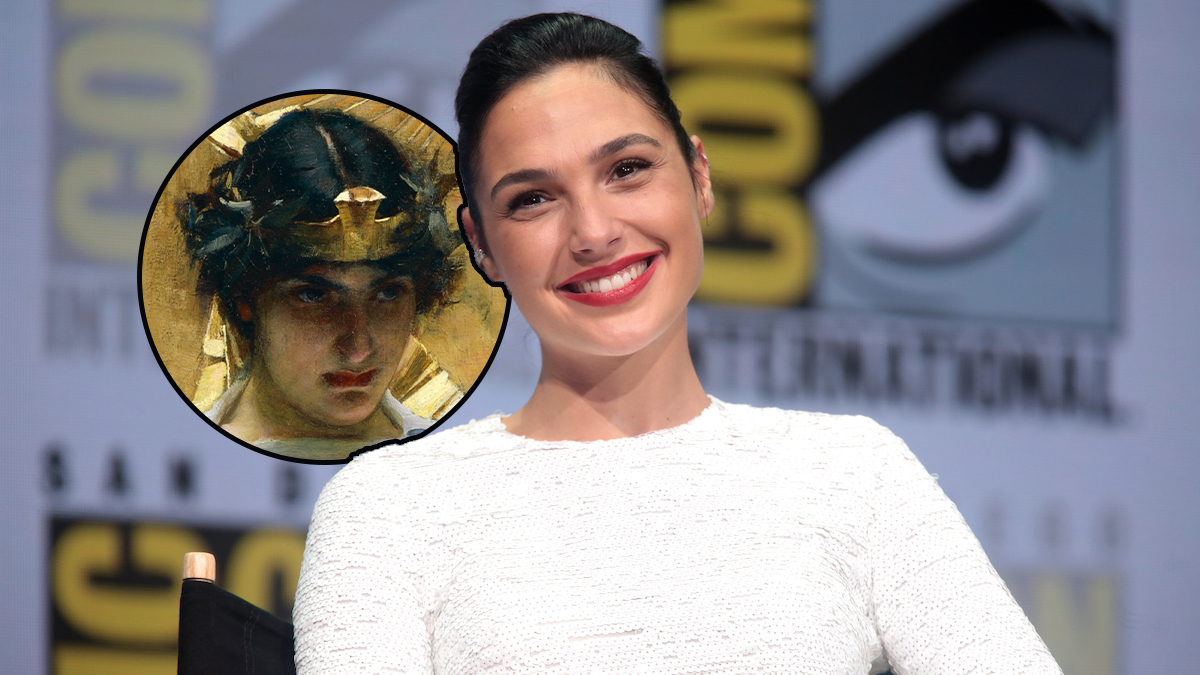 Word came over the weekend that Gal Gadot would re-team with Wonder Woman director Petty Jenkins for a new movie about Cleopatra from writer Laeta Kalogridis. The filmmakers surely would have expected there would be celebration around a team of women telling the story of a legendary female ruler. Instead, there’s been backlash against the casting of Gadot as the Egyptian monarch.

“Hollywood has always cast white American acresses as the Queen of the Nile,” said one tweet (via Yahoo! Entertainment). “For once, can’t they find an African actress?”

Another Twitter user angrily pointed out the potential biting irony of casting Gadot, an Israeli, in an Arabic role. “Which Hollywood dumbass thought it would be a good idea to cast an Israeli actress as Cleopatra (a very bland looking one) instead of a stunning Arab actress like Nadine Njeim?” wrote former Miss New Jersey Sameera Khan. “And shame on you, Gal Gadot. Your country steals Arab land & you’re stealing their movie roles… smh.”

Perhaps unsurprisingly, there are a few issues with this outrage. One, the majority of Egyptians aren’t Arabs, they’re North African. Two, Gal Gadot is not bland looking, by any standard. Not that it should matter because Cleopatra wasn’t the great beauty we all picture her to be. Disregarding the fact that beauty standards were something entirely different in 40 BC, it was said to be Cleopatra’s political acumen and personality that won her praise, not her looks.

Which brings us to point number three. One of the reasons Cleopatra was so revered is that she was the first (and only, as she was also the last) Ptolemaic ruler to learn the Egyptian language. She had to learn that language because — here’s the big one — she wasn’t Egyptian, she was Greek.

“Idiots on Twitter explode with rage over casting of ‘white’, Israeli’ @GalGadot as Cleopatra,” wrote author Michael Dickson. “In the process, the Twitterverse got a history lesson, as many learned that the famous queen was Greek.”

Now, true, Cleopatra’s Greek ancestry doesn’t actually excuse the casting of Gadot. In fact, there is some debate on whether her mother was of a different race, and if the queen did in fact have African features. Others have brought up the idea that tapping a former member of the Israeli Defense Force to play a Hellenistic ruler of Egypt could come off as insensitive, at best. Whatever side you’re on, it would seem prudent to look into the complex histories involved before jumping to conclusions.

Meanwhile, Gadot just remains thrilled to be telling the story of a great woman leader from the perspective of women. “We hope women and girls all around the world, who aspire to tell stories will never give up on their dreams and will make their voices heard, by and for other women,” she said in her tweet announcing her Cleopatra role.

Find some of the social media back-and-forth below.

And we are especially thrilled to be announcing this on #InternationalDayoftheGirl
We hope women and girls all around the world, who aspire to tell stories will never give up on their dreams and will make their voices heard, by and for other women.

Which Hollywood dumbass thought it would be a good idea to cast an Israeli actress as Cleopatra (a very bland looking one) instead of a stunning Arab actress like Nadine Njeim?

I don’t know if I missed another announcement or if this is still about Cleopatra…but we already went through this, at great length, when Angelina Jolie and Lady Gaga competed for the role…remember, this is the last 3D image Smithsonian Egyptologists created of Cleopatra pic.twitter.com/AV177I3j8p

*I believe we should cast someone like the 3D image they created based on the the coin they found with Cleopatra on it…which means the part should go to a Black actress.

**Not all Egyptians identify as Arabs even though they speak Arabic

The bottom line is: NOT WHITE

Gal Gadot, who is Israeli, was cast to play Cleopatra

Cleopatra, like all the Lagid dynasty, was Macedonian through family inbreeding and mariages with other Hellenistic dynasties. It is to Greece to complain about this cultural appropriation. https://t.co/kyPaoWCYOp