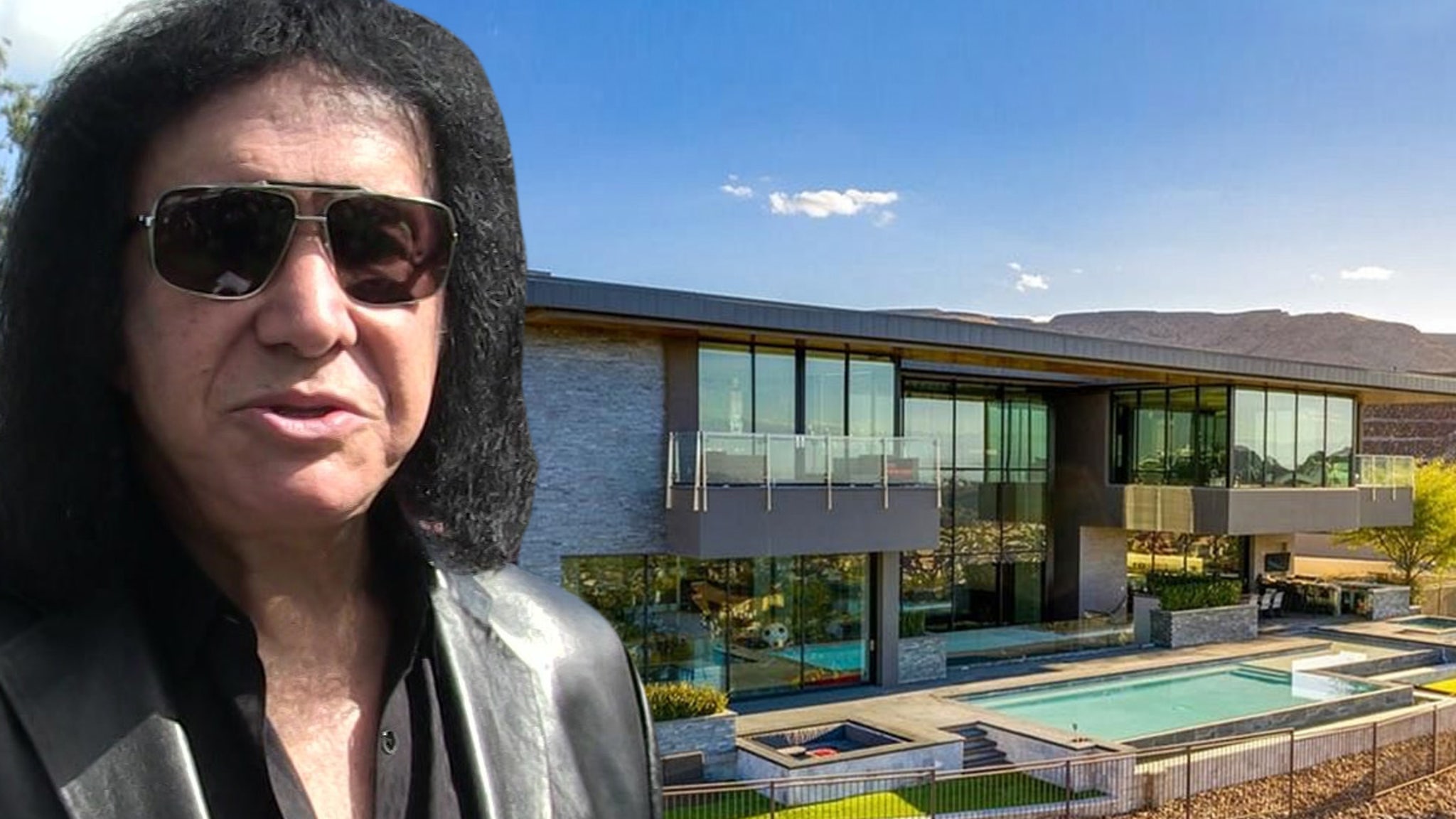 Gene Simmons appears to be making good on his plan to leave California for Nevada … he just dropped over $8 million for a rockin’ mansion near Las Vegas.

The KISS star nabbed a 6-bed, 8-bath palace in Henderson with 11,000 square feet of living space and distinctively modern features … like a floating pathway entrance over a koi pond and floor-to-ceiling glass walls.

Gene and his family jewels will have room to move — the place has seriously spacious rooms inside … and outside there’s a pool, hot tub, built-in barbecue and a courtyard. Desert cool, baby!

We broke the story … Simmons put his recently renovated Beverly Hills mansion back on the market in March for $25 million.

He’d initially listed it for $22 mil, but then took it off the market and made several improvements.

Around that time, he told reporters he was leaving California, saying … “There are earthquakes, fires and pandemics every year. Even though there is nice sunshine, I’m done.”

Gene must be serious, because along with buying a new home in Henderson … he slashed the asking price on his Bev Hills home to just under $20 mil. As they say, priced to move!!!

Zac Efron just made a similar move to sell his L.A. home, and it worked … so good luck, Gene.