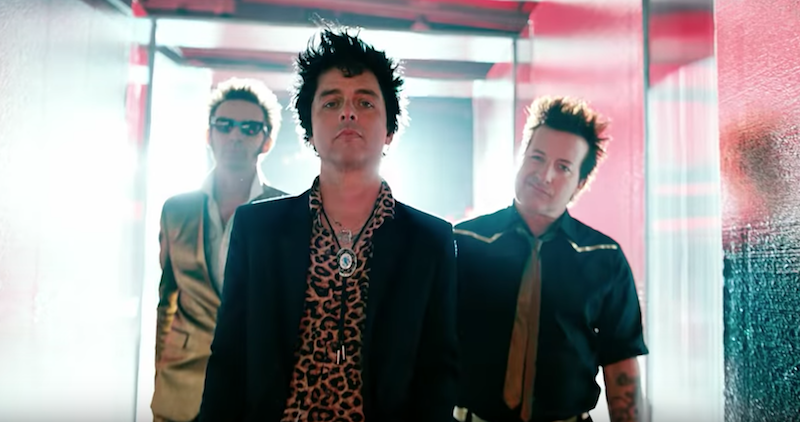 It’s October, and that means it’s time once again for the puck to hit the ice. NHL hockey is back, and this season the league has come loaded with a brand new theme song courtesy of Green Day. The punk rockers have partnered with the NFHL a two-year deal that will see their track “Fire, Ready, Aim” serve as the Wednesday Night Hockey opening music. The October 9th meeting between the New Jersey Devils and the Philadelphia Flyers was the first game to feature the theme, and its subsequently been released online.

“Fire, Ready, Aim” also serves as our second listen to Green Day’s forthcoming album, Father of All Motherf*ckers, following the title track. It’s a kinetic song full of gang harmonies that will surely get Gritty wobbling his big, weird butt.

“This song is about our daily outrage,” the band wrote on the song’s description. “Attack without thought.. hyperbole. Anyway stick a hammer in your mouth. Shut up and dance!”

Father of All… is due out February 7th. Green Day will support the release on the “Hella Mega Tour” alongside Weezer and Fall Out Boy, and you can get tickets to all their upcoming gigs here.