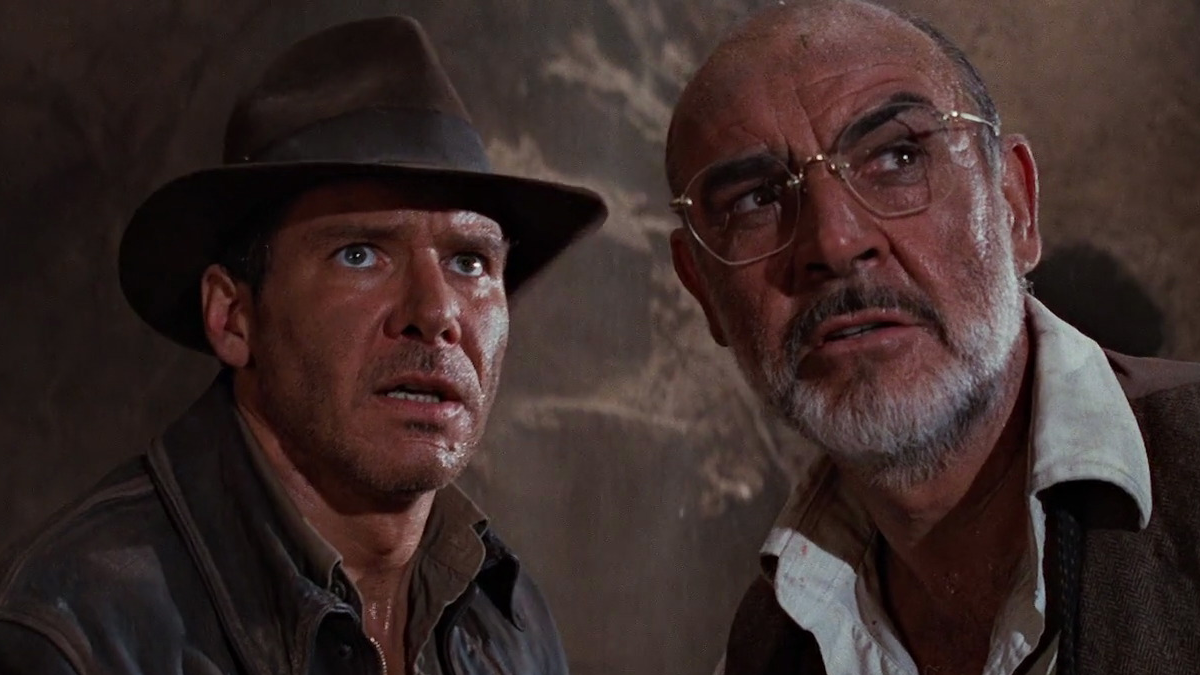 Leave it to Harrison Ford to get in the last word — and bring us to tears. On Monday, the veteran star paid tribute to the late Sean Connery, who played his on-screen father Henry Jones Sr. in 1989’s Indiana Jones and the Last Crusade.

“He was my father … not in life … but in Indy 3,” Ford wrote in a statement obtained by Deadline. “You don’t know pleasure until someone pays you to take Sean Connery for a ride in the sidecar of a Russian motorcycle bouncing along a bumpy, twisty mountain trail and getting to watch him squirm. God we had fun — if he’s in heaven, I hope they have golf courses. Rest in peace dear friend.”

Fans of the franchise probably read that with John Williams’ rousing score in mind (see: “Finale & End Credits” off Last Crusade). It’s a tearful read, alright, one that reminds this writer of Connery’s monologue when “Junior” seemingly goes off the cliff.

Say, why don’t we revisit that scene now…

What’s wild to remember is that Ford and Connery were only 12 years apart — hardly enough to be father and son. Even so, their on-screen chemistry is largely why that third entry became a classic upon arrival. It’s just undeniable.

Ford is the latest in a series of tributes to the late legend, who passed away on Saturday, October 31st at the age of 90. Since then, Daniel Craig, Pierce Brosnan, Hugh Jackman, Sam Neill, Kevin Smith, and the list goes on have paid their respects.

This one hits a little harder, though.

‘Godzilla Vs. Kong’ Noise: Netflix Made $200M+ Bid For Monster Mash, But WarnerMedia Might Have Plans For Pic On HBO Max
Herobust Drops Emotional Single “Remember” with San Holo on Guitar [MUST LISTEN]
A Weinstein Accuser, A Miramax Bidder, A Top Broadway Director And Hollywood’s Premier Songwriter Created The First #MeToo Musical – And Then Covid Arrived
Nostalgix Owns Her Sound with Much Finesse on ‘Act Out’ EP [LISTEN]
Ricky Schroder Donated $150k to Get Accused Murderer Kyle Rittenhouse Released on Bail