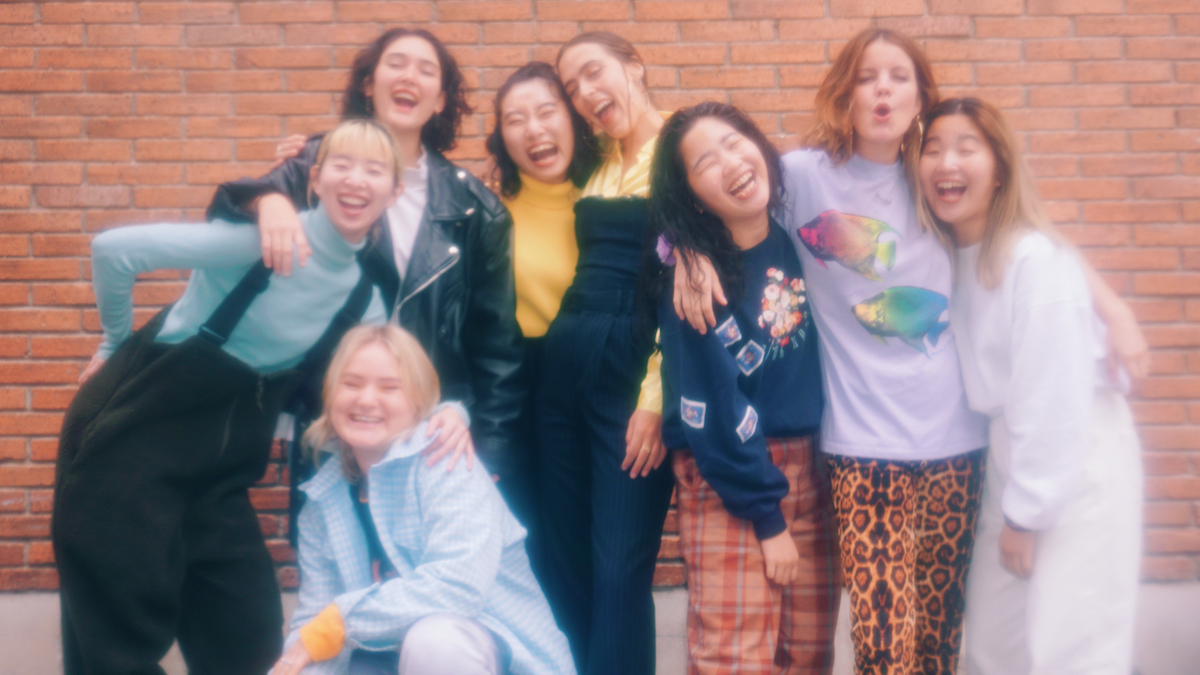 Whether you think Hinds are the Spanish CHAI or CHAI or the Japanese Hinds, there’s an undeniable kinship between the bands. So even though they live in different corners of the world, it was probably only a matter of time before the two bands joined forces. Today, they’ve released their oh-so-fitting collaborative single “UNITED GIRLS ROCK’N’ROLL CLUB”.

The trilingual track (Spanish, Japanese, and English) sees the eight musicians reveling in the joy of collaborating with fellow female artists. “Because we have been fans way longer than in bands,” they sing together. “And now the music has more power in our hands.”

In a joint statement, the bands said, “‘UNITED GIRLS ROCK’N’ROLL CLUB’ is a song that screams GIRL POWER. You might be from different countries, different languages, but at the end of the day, the music speaks for itself. You can hear it, you can feel it! It’s that type of song! Take a listen!”

“UNITED GIRLS ROCK’N’ROLL CLUB” comes with a Mariano Schoendorff-directed video that finds Hinds and CHAI enjoying Madrid together. Check it out below.

A 7-inch vinyl release of “UNITED GIRLS ROCK’N’ROLL CLUB” is coming September 18th in the UK and EU, with a US due date of October 2nd. Pre-order it now.

CHAI released the single “Ready Cheeky Pretty” back in May, while Hinds delivered their latest full-length, The Prettiest Curse, a month later.