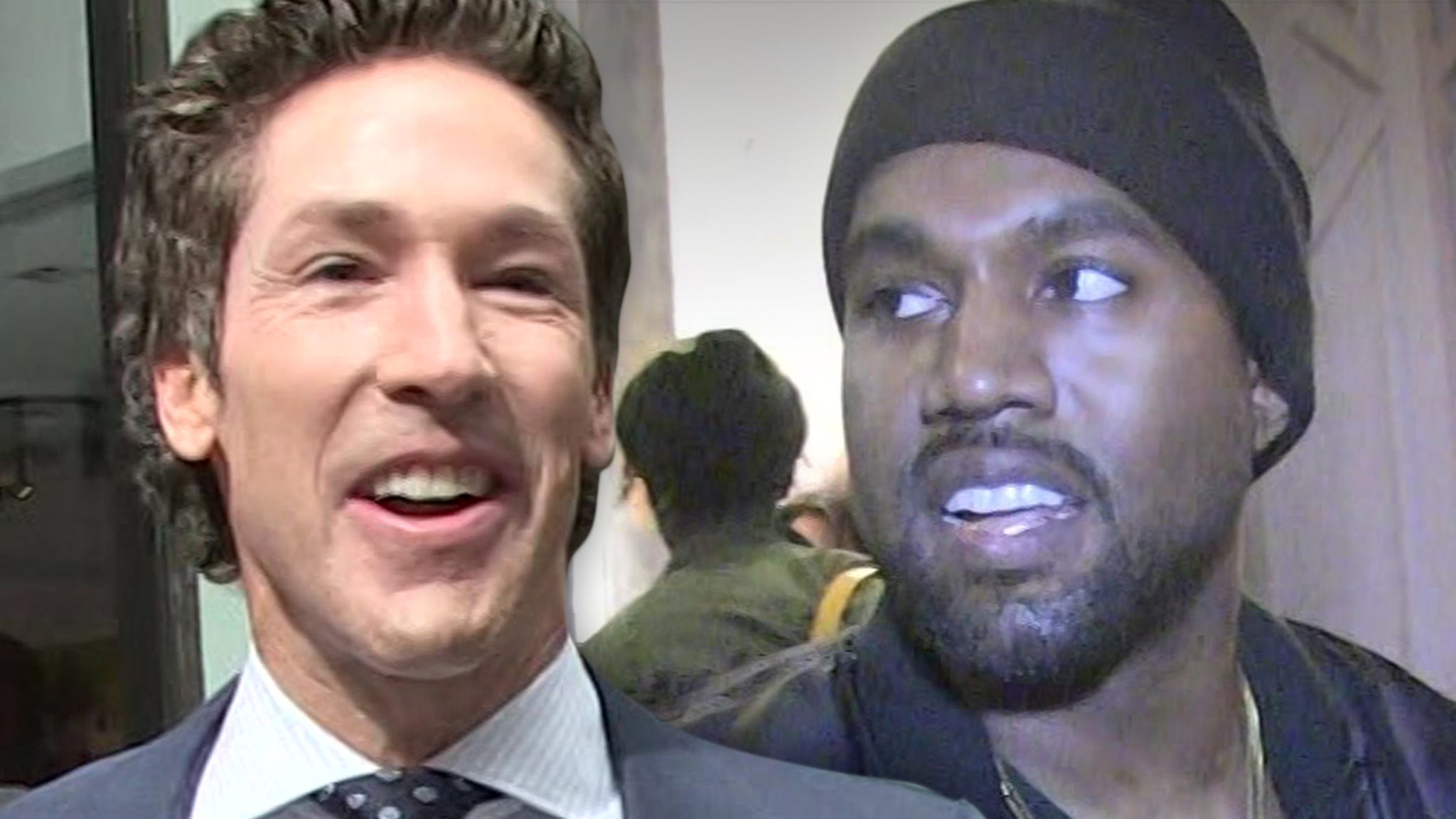 Kanye West is heavy into gospel now — we all know that — but bet you didn’t know he’s been talking to perhaps the most famous pastor in America … Joel Osteen, and we’ve learned Ye may be making an appearance at Osteen’s famous Sunday Service.

Sources with direct knowledge tell TMZ, Kanye and Joel speak from time to time on the phone … as recently as 2 weeks ago. We’re told Joel has invited Kanye to take a trip to Houston and experience his megachurch, Lakewood, where 45,000 people show up to pray every week. The Sunday service reaches 100 MILLION homes in America and tens of millions more around the world.

We’re told Ye told Joel he’d love to attend a service, and he wouldn’t be the first celeb to do so. Oprah, Tyler Perry, the Clintons and many others have attended.

The question … would Kanye perform at the service? Our sources say Joel never asked him because he didn’t want to put Kanye on the spot … BUT if Ye wants to sing, Joel would be thrilled.

We’re told Joel genuinely likes Kanye and believes his life is rooted in faith and love. During their conversations, they talk a lot about faith and Joel’s proud that Kanye has traversed his sometimes difficult journey, and has come out believing in a higher power.

Kanye’s album dropped today … it’s all gospel, so he’s clearly got the material.

Your EDM Premiere: GATTÜSO & Disco Killerz – “I’ll Be the One”
Breonna Taylor Ballistics Report Inconclusive On Whose Bullet Hit LMPD Cop
When Calls the Heart: Christmas Canceled, But There’s a Hook!
Watch the Beastie Boys’ Final Concert
Interview: Lyliana Wray (Are You Afraid of The Dark)