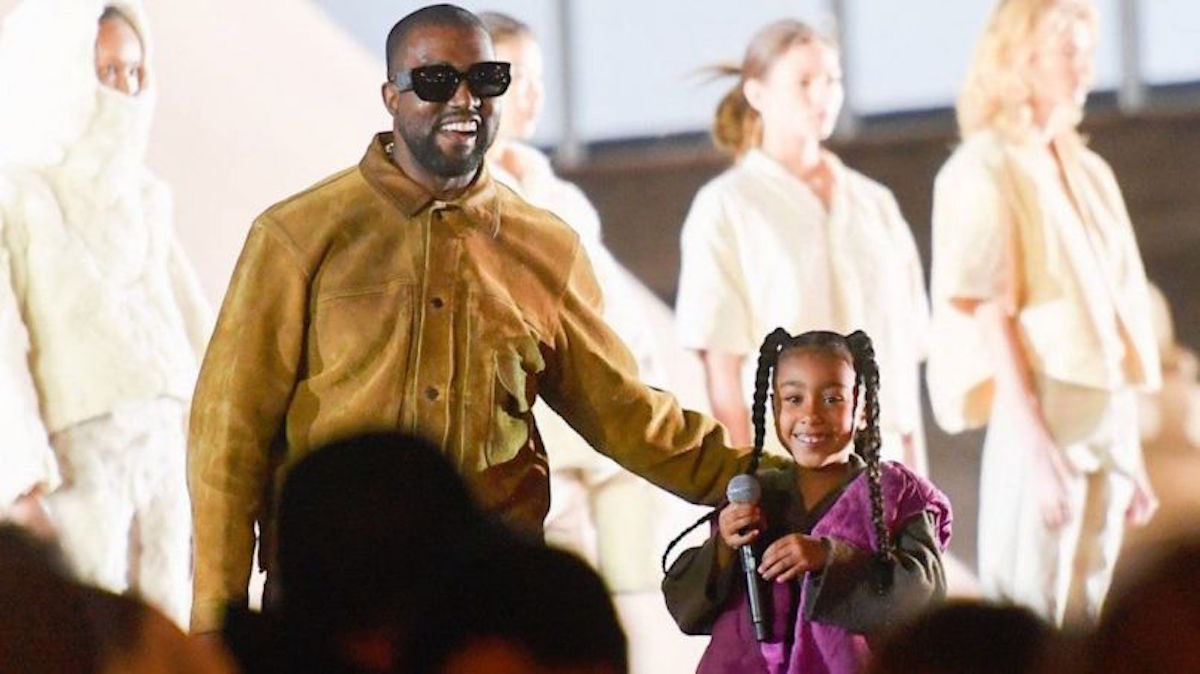 The families of George Floyd, Breonna Taylor, and Ahmaud Arbery have watched as Americans flood the streets in nationwide protests to demand justice for their murdered loved ones. After weeks of staying silent, Kanye West has stepped up to help all three families, reportedly donating $2 million to black resistance charities and launching a college fund for Floyd’s daughter, Gianna Floyd, who is six years old, reports Variety.

While Kanye hasn’t made a statement publicly — he isn’t nearly as vocal now as he used to be, with his most recent tweet serving as a fashion announcement for Season 8 of his Yeezy line — Variety has confirmed with their sources that he made donations in Floyd, Taylor, and Arbery’s honor. On top of that, he has offered to cover the legal fees for both Arbery and Taylor’s families, and promised to financially support black-owned businesses in Chicago, his hometown.

Kanye may not have the energy to make a social media post about the Black Lives Matter protests happening right now, but his wife Kim Kardashian does. “For years, with every horrific murder of an innocent black man, woman, or child, I have always tried to find the right words to express my condolences and outrage, but the privilege I am afforded by the color of my skin has often left me feeling like this is not a fight that I can truly take on my own,” she wrote on Instagram. “Not today, not anymore. Like so many of you, I am angry. I am more than angry. I am infuriated and I am disgusted. I am exhausted by the heartbreak I feel seeing mothers, fathers, sisters, brothers and children suffering because their loved one was murdered or locked away unjustly for being black.”

To be fair, Kanye is still doing Kanye things even if he isn’t tweeting about it. In the midst of the coronavirus pandemic, he partnered with Chick-fil-A to provide 300,000 meals to families in need. Mere days later, it was revealed by Forbes that his personal net worth has now surpassed $1.26 billion, officially making Kanye a billionaire. Despite his charitable heart and extraordinarily deep pockets, Kanye is still planning to vote for Donald Trump… for real this time.