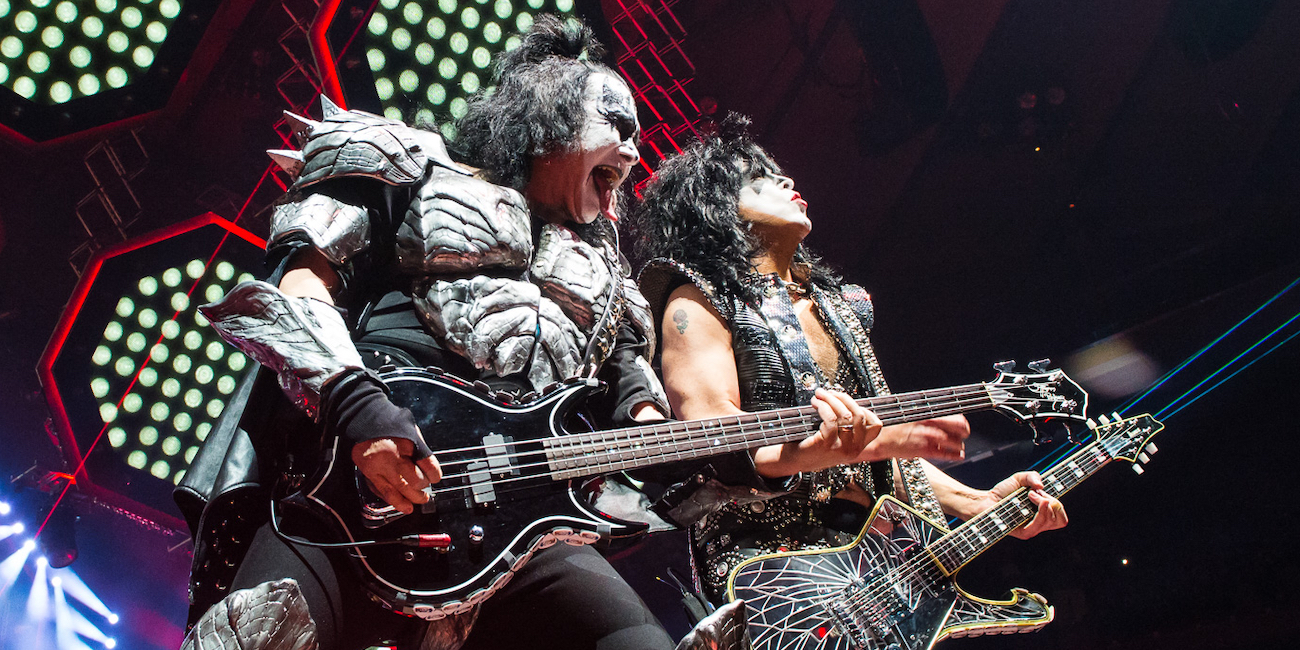 KISS are in the midst of their “End of the Road World Tour”, and the legendary band just revealed when and where the final date of the farewell trek will take place. During a performance on their current KISS Kruise, the band announced that the tour’s last concert will occur in New York City on July 17th, 2021.

The KISS Cruise set sail October 30th from Miami, Florida. According to Ultimate Classic Rock, while KISS were onstage during their indoor performance on Saturday night (November 2nd), singer-guitarist Paul Stanley told the crowd, “We’ve been on the End of the Road tour, and people have said, ‘When is the last show?’ So, we’re here to tell you that the end of the road comes to an end on July 17, 2021, in New York City.”

A giant countdown clock also appeared behind the band, confirming the July 21st, 2021, date. Additionally, the band disclosed that it would be adding 90 new tour dates to its current itinerary.

KISS’ “End of the Road World Tour” kicked off on January 31st, 2018, in Vancouver, Canada, with the Rock & Roll Hall of Fame act playing a 20-song career-spanning setlist. Heavy Consequence caught the second night of the tour in Portland, Oregon, and you can check out our review and photo gallery.

As of now, once the KISS Kruise wraps up tomorrow (November 4th), the “End of the Road World Tour” is set to resume with shows in Australia, New Zealand, and Japan starting in the middle of this month. One of the gigs will take place off coast of Port Lincoln, Australia, where the band will play a concert for great white sharks.

So far, the band has a handful of 2020 headlining and festival gigs booked, as well. See their current itinerary, and pick up tickets here.