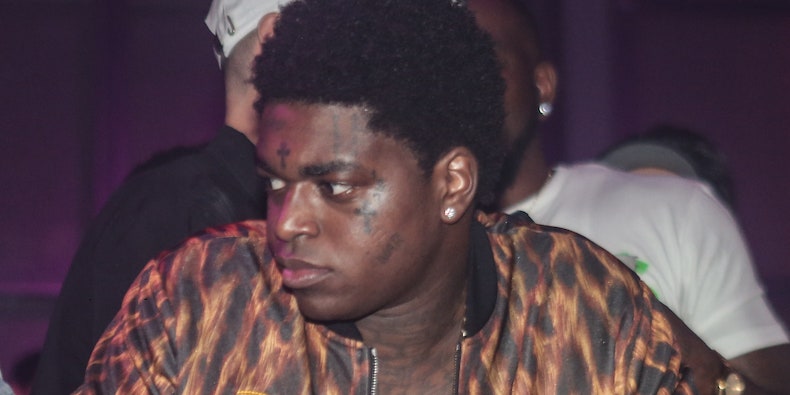 Kodak Black is facing additional legal trouble in Florida related to weapons charges he faced earlier this year. According to the Miami Herald, state prosecutors have charged the rapper with two counts of possession of a firearm by a convicted felon. Each charge carries up to a 30-year prison sentence. Pitchfork has contacted the rapper’s legal team for comment.

On Wednesday (November 13), Kodak was sentenced to 46 months in prison for lying about his criminal history while trying to buy firearms. He was arrested in mid-May on his way to the Rolling Loud festival, and after having his bond revoked, pleaded guilty to the federal charges in August. While trying to buy a gun on two separate occasions, the rapper had indicated on paperwork that he was not under a current indictment. However, he was out on bond from sexual assault charges levied against him in South Carolina three years ago when the purchases happened.

Before his Miami arrest, Kodak was apprehended at the U.S./Canada border in April for possession of marijuana and a weapon. In January 2018, he was arrested on child neglect and weapons charges. Those were dropped a month later, but the rapper served time in the Broward County Jail until August 2018 for related probation-violation charges.