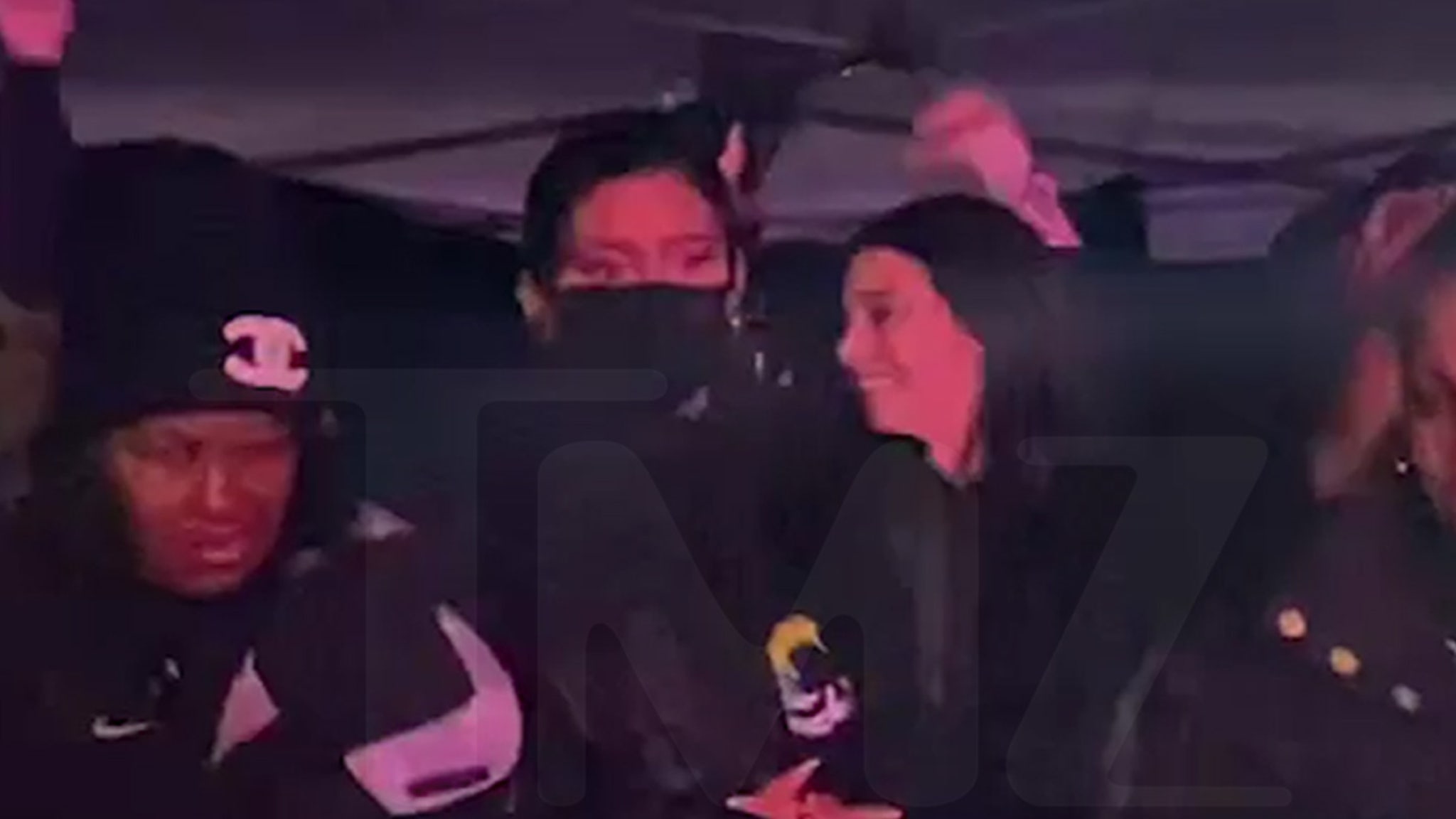 Kylie Jenner seemed to be aware something was amiss during Travis Scott‘s set, evidenced in her serious demeanor shortly after he took the stage … something you can now see on video.

TMZ has obtained concert footage we’re told was taken about 10 minutes into Travis’ performance, which eyewitnesses say got underway at 9 PM sharp … and went on for about an hour and 15 minutes, drastically different from Houston PD’s timeline of just 40 minutes.

Check out the clip … you see Kylie, Kendall and a bunch of their entourage/security detail hanging out under a tent that’s a ways away from the stage … literally plopped down in the middle of a massive crowd that was surrounding them. At this point, Kylie appears solemn.

As you can see, she’s wearing a face mask and has her hands folded together … looking on with what one could interpret as a nervous expression, or at the very least — a sobering one.

Her body language says a lot here too — which is in stark contrast to her sister’s … who’s maskless and rocking out with a big smile on her face. Kylie, for whatever reason, didn’t seem to be in the same spirit at this point — and one eyewitness suggests it’s obvious why.

The person who shot this tells us they started to feel the crowd surge at this point and were losing control of their footing — prompting them to want to get out ASAP. Unclear if the ambulance was working its way through the crowd by now — or if the witness saw/heard of people passing out — but it’s plausible some of that might’ve been taking place here.

In any case, it’s interesting the person who filmed this was feeling a sense of danger and dread right then and there … and filmed Kylie apparently concerned as well around the same time. It suggests she might’ve known things were going badly — even though she wasn’t aware people were dying/dead … something she explains in her statement.

There’s also the fact Kylie filmed the ambulance in her own IG Story — a clip she eventually deleted, while leaving the rest of her footage up — which again shows … she was at least cognizant of the fact that folks were seriously injured or ill, and needed immediate help.

Of course, the obvious point … even if she was somewhat appraised of the graveness of the situation as everything unfolded, what could she have possibly done???

Indeed, probably nothing from where she was … as she was nowhere near the stage, and had no realistic way to get a hold of Travis STAT as he carried on with his set. Still, the one thing that remains curious is Houston PD’s timetable of when things were shut down.

travis is really singing meanwhile looking at a dead body? WHAT TF pic.twitter.com/saQ7UWx1zt

The Chief, Troy Finner, said his team had been told by event organizers that Travis took the stage at 9:30 PM and wrapped at 10:10 PM, but people are disputing that … claiming it went on for much longer, and that the danger was also present for much longer than just that window.

He also said, perhaps the reason things weren’t wrapped earlier was because of fear of a riot breaking out among a young crowd … which is interesting logic. Now, Finner did say they would look into the timing even further to pin down a more accurate sequence of events — but based on this account we’ve been given, this madness lasted for quite a while.