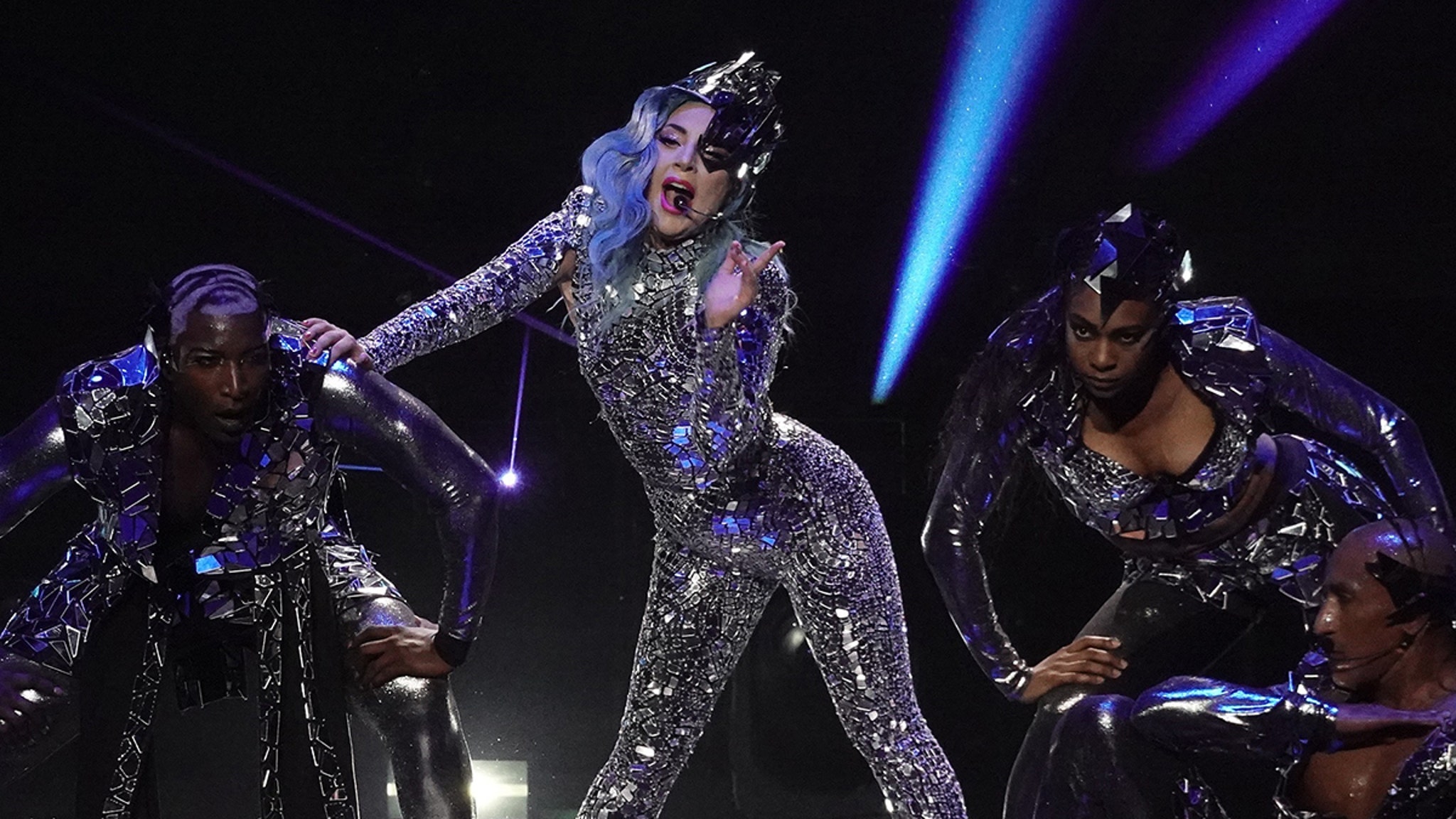 Gaga hit the stage at the AT&T Super Saturday Night concert on the eve of SB 54. She was slick as hell, glittering up the venue with a bunch of costume changes during her set.

She strummed the guitar with her boot, played piano while standing on a bench … the works.

Judging by the encore … Gaga did not disappoint anyone.

Descending from the air, Gaga mimicked the entrance to her Super Bowl halftime performance three years ago.

And, this is pretty hilarious … she sent a message to J Lo and Shakira — “I better hear no lip-syncing tomorrow!” But, then she recanted with some love … “I love you J Lo. I love you Shakira.”

She went on … “I wish so much love and so much luck to everyone that’s doing the halftime show, to both the teams that are playing each other in the Super Bowl,” she said. “They’re all champions.”

Teary-eyed, she thanked the audience for their support and for allowing her to perform at the halftime show in 2017 — “Thank you so much for believing in me. I remember when I played the halftime show and it was one of the most special, beautiful things that’s ever happened to me. So, thank you,” said Gaga, who also wowed audiences at the 2016 Super Bowl when she sang the national anthem. “And once again, all my love to everyone that’s performing and playing tomorrow. I hope they all feel as lucky as I do right now.”

One fan threw a letter onstage, which Gaga read to the crowd …  “In 2014 I fought for my life due to mental illness that stemmed from my own insecurities and life experiences. Without your radiant positivity and encouragement, I don’t know if I would have had the strength to continue to fight to recover my life back,”

She invited the fan up on stage and hugged her.

Gaga said AT&T TV will donate $1 for every tweet using #SuperSaturdayNight to her Born This Way Foundation, which supports mental and emotional wellness.