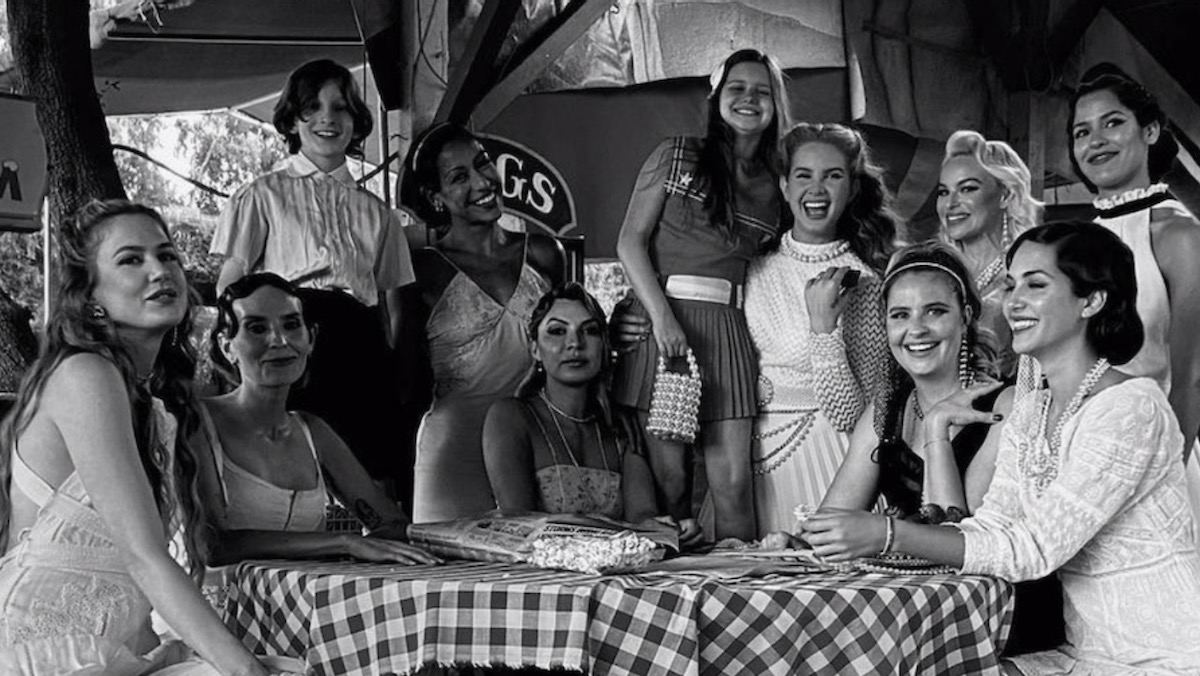 Lana Del Rey is nearing the release of her seventh studio album, Chemtrails over the Country Club. On Sunday, ahead of a new single, Del Rey revealed the album’s cover as well as its 11-song tracklist.

Chemtrails includes the previously revealed single, “Let Me Love You Like a Woman”, as well as her cover of Joni Mitchell’s “For Free”. The album’s title track will be released as a new teaser single on Monday.

The artwork depicts Del Ray posting with a group of friends. In the comments’ section of her Instagram, the singer said the cover is a reflection of her diverse social circle: “We are all a beautiful mix of everything- some more than others which is visible and celebrated in everything I do.”

“In 11 years working I have always been extremely inclusive without even trying to,” Del Rey added. “My best friends are rappers my boyfriends have been rappers. My dearest friends have been from all over the place, so before you make comments again about a WOC/POC issue, I’m not the one storming the capital, I’m literally changing the world by putting my life and thoughts and love out there on the table 24 seven. Respect it.”

Del Rey’s comments seem to be in response to the social media backlash she received last summer. In an Instagram post announcing Chemtrails, Del Rey inexplicably compared herself to other female singers, mostly naming women of color like Doja Cat and Beyoncé, “who have had number ones with songs about being sexy, wearing no clothes, fucking, cheating, etc.” Meanwhile, Del Rey argued, she is met with allegations of glamorizing abuse “when in reality I’m just a glamorous person singing about the realities of what we are all now seeing are very prevalent abusive relationships all over the world.” She also came under heat for posting photos of Black Lives Matter protestors.

Not surprisingly, Del Rey’s latest comments — in which she essentially employs the “I have Black friends” defense — is drawing similar rebuke from the online community. As of Sunday evening, her name was among the topic trends on Twitter — and it wasn’t because people were trying to decipher the meanings of her songs’ titles.