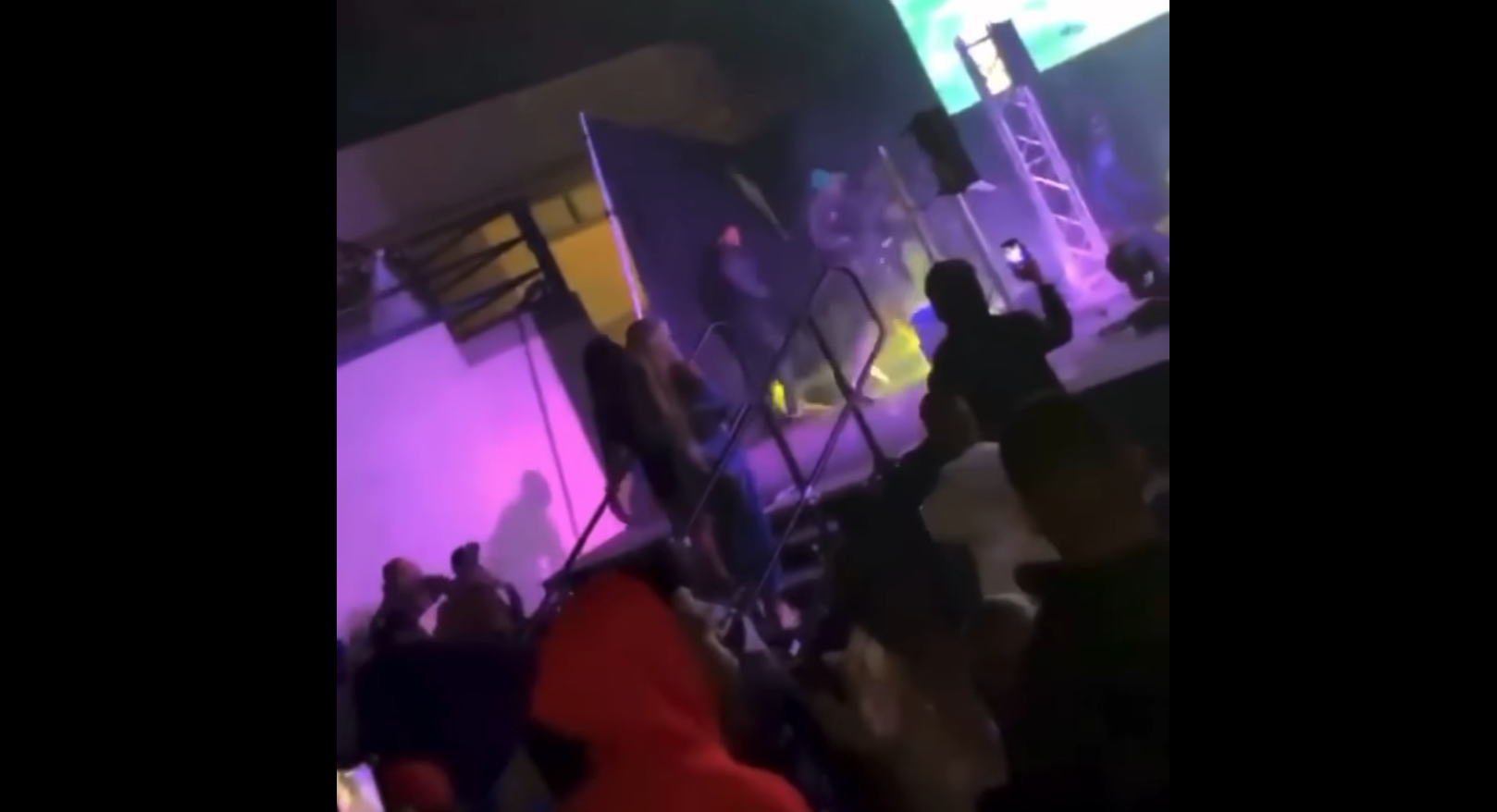 A shooting at Lil Baby’s concert in Birmingham, Alabama on Saturday night left one person with life-threatening injuries.

According to AL.com, as Lil Baby was performing, a backstage altercation spilled onto the stage and gun shots were fired.

Video of the incident shows some concert-goers screaming and dropping to the floor, while others run for the exit. At least one person was struck by the gun fire and taken to an area hospital with life-threatening injuries.

Police responded to the scene, but as of yet no suspect is in custody.