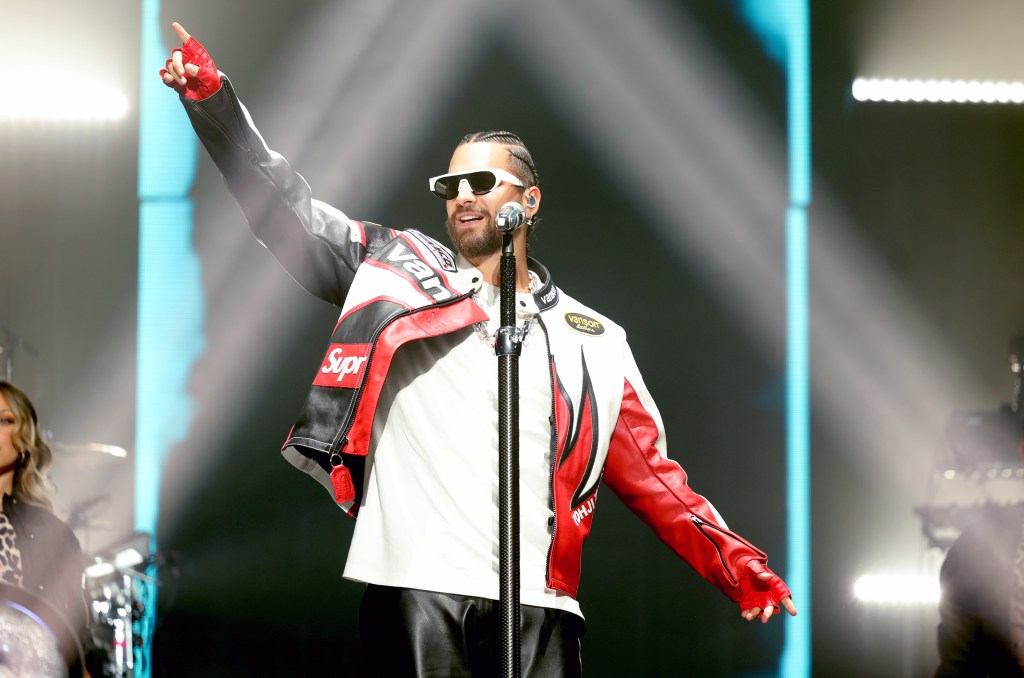 Penske Media Corporation’s music, art and food festival LA3C closed its inaugural edition on Sunday (Dec. 11) with a Latin music-centered lineup, a nod to Los Angeles County’s’ Hispanic population, where more than 4.8 million Hispanics live, accounting for almost half of the county’s population.

Check out Sunday’s best moments below.

El Pana Con Más Flow
Just as the sun peeked through the clouds for some much needed sunshine, Panamanian artist Chicocurlyhead marked his first main stage performance at a festival in the U.S. Wearing a monochromatic military green outfit and black sunglasses, Chico effortlessly zigzagged through R&B, trap and rock showcasing his versatility. “For those that don’t know me, I’m Chicocurlyhead. I was born in Panama and raised in Atlanta,” he told a small but mighty crowd. “That’s what you hear in my music. Spanglish. The real deal. I’m ‘El Pana con Flow.’”

Welcome to my paradise
Mexican-American singer-songwriter Monogem delivered a soulful performance. With a set that began 50 minutes late, the crowd was forgiving offering her a warm L.A. welcome. One fan ran towards the stage holding a vinyl of the artist’s Gardenia, her first Spanish-language album. “I see you,” Monogem acknowledged the fan. “I’m so happy to be here. Soy mitad mexicana (I’m half Mexican) and it’s an honor to celebrate my Latin roots.” Mid-set, she welcomed fans to her paraíso and proceded to ask fans: “Is it ok if I get high with you guys? I mean we’re in L.A. My hometown.” However, she couldn’t light her joint due to the wind.

Os prometo que hemos ensayado
From Spain to L.A.! Marc Seguí and his band — who all wore bright colored t-shirts (red, yellow, blue and pink — one that had “we promise we rehearsed” written across it) — delivered a breezy performance paired with groovy visuals from outer space, the ocean and flowers. In the middle of his 30-minute set, the Spaniard brought a friend out to join him onstage. “I haven’t come alone. A big round of applause for Xavibo.” The pair were like best friends onstage enjoying every second of the performance — which included Segui’s “360” and his and Xavibo’s “Contigo Loca” — jumping up and down to pump up the crowd.

PR In the House
“Hace un frío cabron aquí afuera,” Chesca said at the top of her performance,acknowledging the colder temperatures. The Puerto Rican artist delivered a high-energy performance with a troupe of dancers. “I feel so proud to be here with all of you,” she said just minutes before introducing her special guest, who flew in from Mexico just to join her onstage. It was none other than her fellow Puerto Rican hitmaker Villano Antillano, marking the first time she performs in L.A. “Thank you LA3C for having me. Latinos to the top. You should all feel so proud.”

Music of today
Colombian singer-songwriter Fonseca got everyone dancing with his vallenato anthems. He kicked off with “Vine a Buscarte” and then got emotional with a heartfelt speech. “We’re very happy to be here tonight. It feels amazing to be back in L.A. We’re proud to be part of a festival that is featuring so many genres from all over the world. It represents the music of today.” The artist, who’s celebrating 20 years in music, went on to sing “Volvámonos a Enamorar” and of course the highly-anticipated “Te Mando Flores.” “Thank you for being part of this dream. Cheers to 2023, I hope it’s filled with good health, friends and family.”

Long live regional Mexican music
Regional Mexican star Gerardo Ortiz, who was born in Pasadena, Calif., enjoyed a homecoming with a set that proved to be a highlight of the night. Transforming the stage into a Mexican party — with a banda and norteño group in tow — Ortiz didn’t waste any minute belting out anthems such as “Quién Se Anima,” “Tranquilito,” “Por Qué Terminamos” and “Recordando a Manuel.” Wearing black jeans, a leather jacket with blue patches and silver studs styled with a cowboy hat and pointy boots, Ortiz, a much-experienced artist whose dynamic and interaction with his fans throughout proved to pull in not only fans who were there to see him, but also new ones who were just discovering him. Never too late to join the Gerardo Ortiz club.

“My favorite thing is women supporting women”
Snow Tha Product meant business when she took the stage at LA3C. The Mexican-American rapper performed a riveting one-hour set where she showed off her slick verses and rapping skills. Her performance also included shots straight from a tequila and champagne bottle, a sea of women twerking onstage and Snow’s proud mom. She started off with a quick homage to Vicente Fernandez, who passed away one year ago. She took a shot in his memory. She then brought her mom onstage to take a shot with her and celebrate her success. “I didn’t go to college and I’m doing pretty good,” Snow said. “I told my mom I’d be the most famous lesbian Mexican rapper that ever existed. Mom, say a few things while I take a shot.” Her mom took the mic and started with, “Cómo estan todos (how is everyone doing)? I love you all so much for loving and respecting my daughter. God bless you all.”

She also invited multiple women to join her onstage and dance up there for the remainder of her show. “My favorite thing is women supporting women,” she declared. During her performance, she made sure she got what she paid for and give fans the best performance she could. After production wouldn’t light the fire effect onstage because the dancers “weren’t behind an orange line,” she protested. “I paid $5,000 to have the fire, I should have the fire. The apply rules to a woman that they wouldn’t to a man. If I don’t  get fire in this next song, return my money.” She left her fans with advice: “In 2023, go where you’re loved and appreciated.”

Maluma Baby
Before the Colombian hitmaker took the stage, a short video played in front of a crowd that gathered to see Maluma front and center. “Today, my heart stops like if it was the first time [performing],” he said in the video. “Now, I give you my heart.” Then, the man of the hour appeared. Wearing black leather pants, a Supreme biker jacket and red leather gloves, he kicked off his one-hour set with the smash hit “Hawái.” “Good night, L.A.  I’m Papi Juancho,” he greeted the audience. In a span of 60 minutes, Maluma delivered a show-stopping performance powered by fireworks and back-to-back hits including “Borró Cassette,” “Felices Los 4,” “Sobrio,” “Chantaje,” “Vente Pa’ Acá,” “11PM” and “Corazón.”

“Where are my Latinos?” he asked. “Los Angeles are you ready? It’s good to be back in one of my favorite cities.” Toward the end of his set, he reflected on his trajectory. “How cool that we’re all here. Is everyone drinking here because I am definitely drinking tonight. We’re ending the year and I want to thank you for the love you give me every single day. Without it, I wouldn’t be anyone. It’s been 11 years since I began my career but we’re just starting. There’s Maluma for many more years. Cheers.”

Penske Media Corporation is the parent company of Billboard.