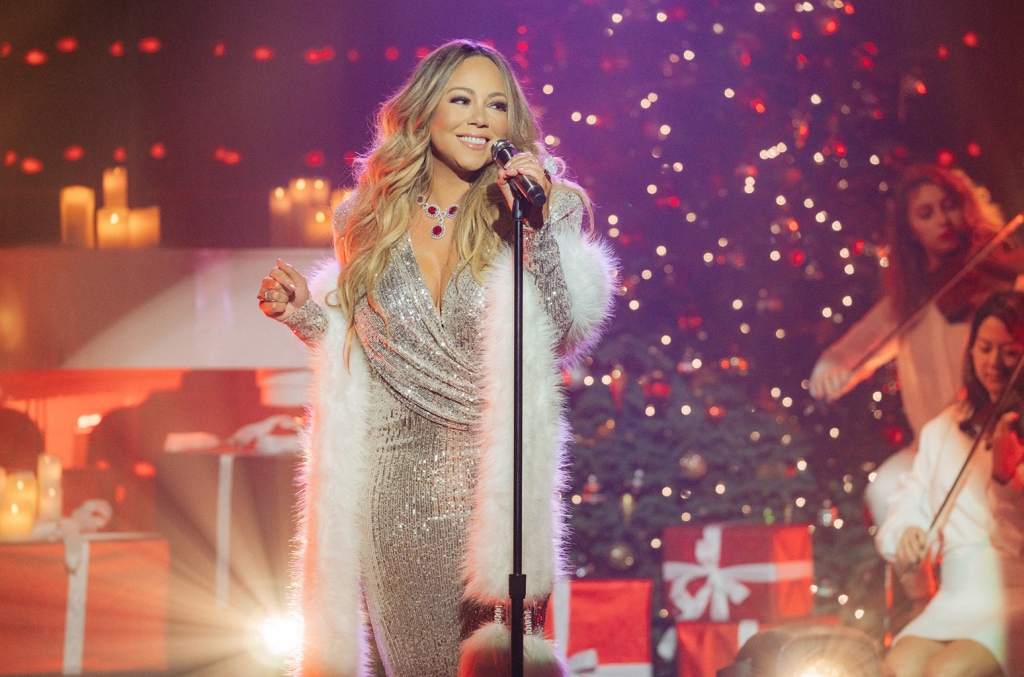 TORONTO — At her first live concert since the pandemic, the Queen of Christmas herself, Mariah Carey, brought out her princess, Monroe, to duet with her at Toronto’s Scotiabank Arena on Friday night on the 19th-century carol “Away in a Manger,” and the 11-year-old is cut from the same tulle cloth as her mom. In other words, she can sing.

Both mom and daughter, resplendent in sparkly white dresses and tiaras, sat for the song on a set that included Christmas trees, presents and toy soldiers.

“This is my baby girl, here,” Carey said in her introduction. “Eleven years ago, I got the greatest gift. You know what, I don’t have birthdays, but the birthing day was the greatest gift ever, when I had my twins Roc and Roe [Moroccan and Monroe], and once again I’d like to introduce you to my daughter, Monroe.

“This is our first duet,” Carey told the sold-out crowd, before asking her daughter if her dress is OK. “Alright, this is a beautiful, beautiful hymn called ‘Away in a Manger.’ We’ve been working on this one for a minute,” she says, gently patting her daughter’s back.

Carey started the song with some notes showing off her inimitable upper range before Monroe — not looking the least bit nervous — started with the lyric, smoothly and indeed beautifully, to roars of approval from the impressed audience of 13,000.  “My daughter, Miss Monroe,” she said proudly at the end of the 90-second song.

The family-friendly Merry Christmas to All! Concert was Mimi’s first of four, two in Toronto and two in New York City at Madison Square Garden, Dec. 13 and 16. On Saturday (Dec. 10), her stage has been dismantled for the night’s Maple Leafs vs. Flames game and will go back up again for Sunday night.

Carey kept referring to the show as a dress rehearsal and trial run, but with her killer band and dancers, and festive stage design, there were no lumps of coal in this hour and 45-minute set.

She was also funny, endearing, self-deprecating, gracious and warm, discussing the hardships of the lockdown, soaking in the audience, telling a fan she would keep the handmade pillow embroidered with her likeness, praising her band, and playing up her vanity by blotting her face with tissues and bringing her makeup artists out on the stage to do touch-ups.

The setlist was mostly comprised of Christmas songs, including the highly anticipated finale of her perennial Billboard Hot 100 chart-topper “All I Want for Christmas Is You,” for which she received a diamond-certification plaque onstage.

And for those unable to catch any of the four shows, Carey’s two-hour concert special Mariah Carey: Merry Christmas to All! airs Dec. 20 on CBS and Paramount+.

Watch a fan-shot video of the moment below: