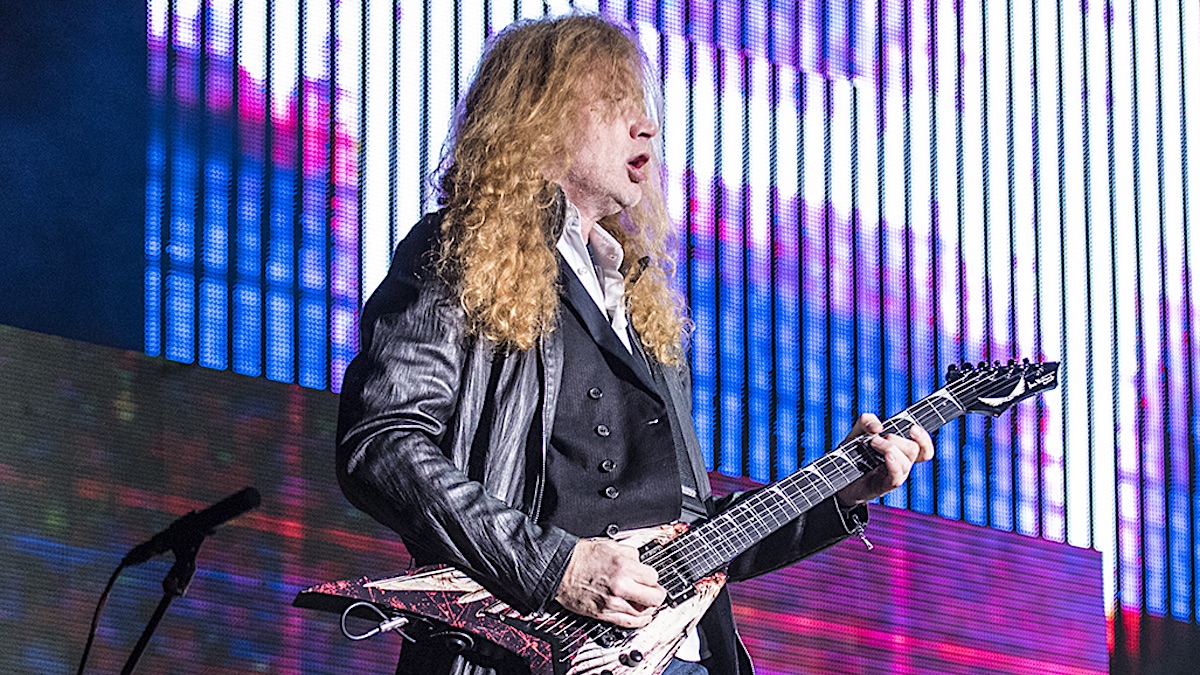 Megadeth returned to the stage on Monday night in Helsinki, Finland, for the first time since frontman Dave Mustaine was diagnosed with throat cancer last year.

The January 20th show was the first gig for Megadeth since October 2018. Megadeth’s tour plans were put on hold for two separate reasons in 2019. First, the band was set to support Ozzy Osbourne on his North American tour, but that outing was postponed when Ozzy injured himself in a fall at home. Then, in June, Mustaine revealed that he was battling throat cancer, forcing the legendary thrash act to cancel all remaining 2019 shows.

In October, Megadeth bassist David Ellefson revealed that Mustaine underwent successful cancer treatments, and earlier this month, the band officially declared that they were “back.”

Megadeth are making their stage return as direct support on Five Finger Death Punch’s European tour. During Megadeth’s first gig of the trek on Monday, the band played an 11-song set heavy on classics like “Hangar 18”, “A Tout Le Monde”, “Symphony of Destruction”, and set-closer “Holy Wars… The Punishment Due”.

The support slot will allow Megadeth to ease back into touring before playing longer headlining gigs. As of now, they have no dates scheduled beyond the trek with FFDP, which wraps up February 22nd in Sofia, Bulgaria. While Ozzy’s North American dates have been rescheduled for 2020, Marilyn Manson will serve as support, not Megadeth.

Watch Megadeth performing “Symphony of Destruction” in Helsinki on Monday night, followed by the complete setlist below.

Encore:
Holy Wars… The Punishment Due

Bella’s House From Twilight Is Real, And You Can Even Take A Digital Tour
Lil Nas X Says RBG’s Death Poses Terrifying Prospects for LGBTQ Community
Khloe Kardashian & Scott Disick Pull the Ultimate Prank on Kris Jenner, But Did They Go Too Far?
Jasmine Tookes and Josephine Skriver On How the Fashion Industry Has Changed
No Big Deal, Just Dwayne Johnson Ripping A Security Gate With Black Adam Might