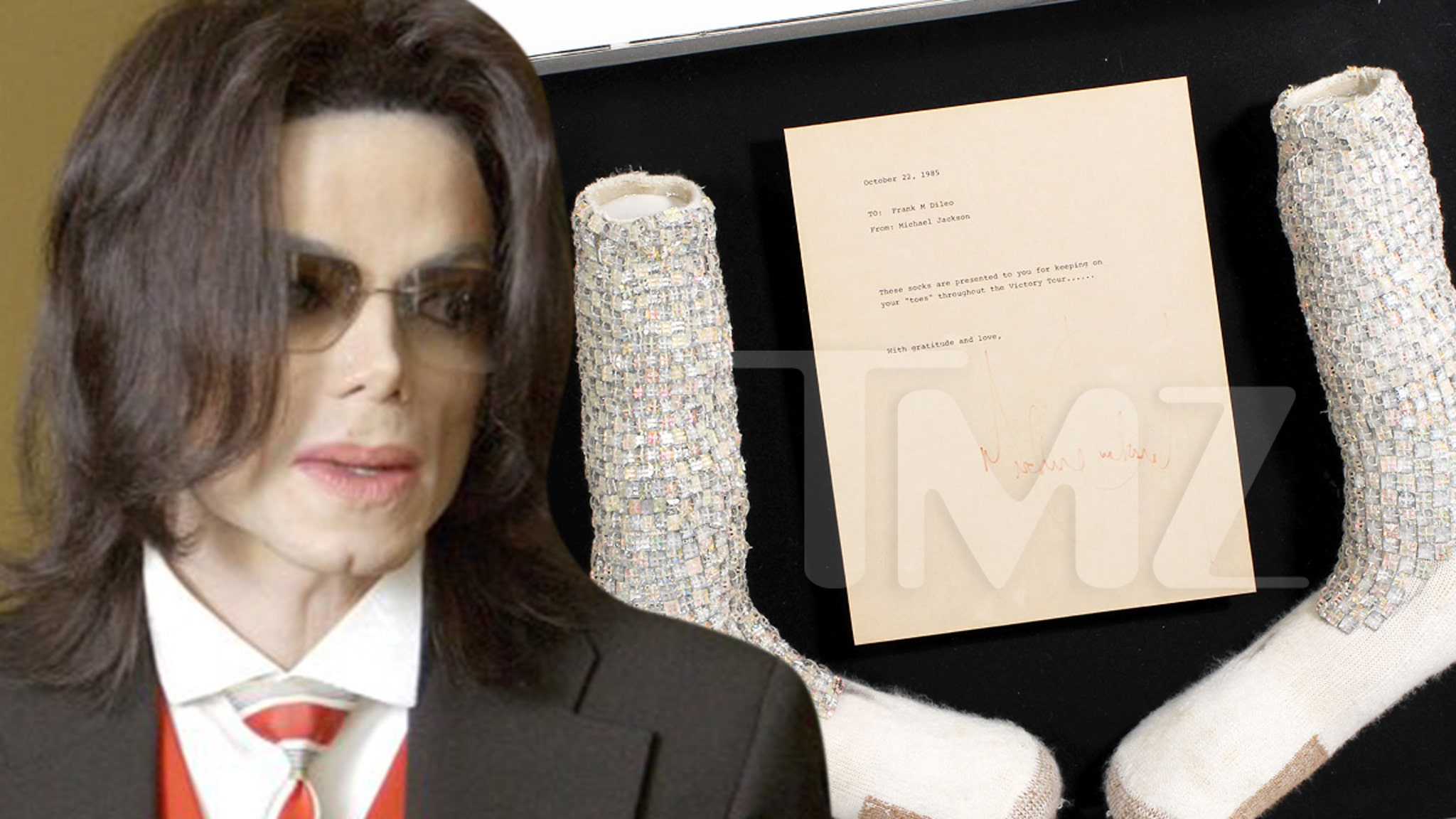 Michael Jackson‘s flashy socks from the first time he busted out his iconic moonwalk are hitting the auction block, but if you want ’em … you’ll have to foot a HUGE bill.

MJ’s stage-worn, custom crystal stockings — which he donned during his performance of “Billie Jean” in the 1983 TV special, “Motown 25: Yesterday, Today, Forever” — are expected to haul in at least a million big ones, possibly up to $2 mil … according to Gottahaverockandroll.com

The auction site’s presenting the socks as part of its Frank DiLeo collection … DiLeo’s the late music exec who signed Jackson to Epic Records and managed him from 1984 to 1989 following the massive success of “Thriller.”

Along with the socks comes the signed letter from Michael to Frank presenting the gift to him … as a token of appreciation for keeping on his “toes” throughout MJ’s famous Victory Tour.

We’re told the package also comes with a letter from DiLeo’s wife attesting Michael wore the socks for his debut moonwalk during the TV special … along with a certificate of authenticity.

And if $1-2 million is too rich for your blood, the DiLeo collection’s also going to feature original gold and platinum awards for “Thriller,” “Dangerous,” “Bad,” “This Is It” and “Off the Wall” … as well as a movie prop sign used in the 1988 film, “Moonwalker.”

The auction runs from November 13-22.

Saving Private Ryan’s Knife Scene Is The Movie’s Most Harrowing
Afroman Tumbles Off Stage, But Saves His Pimp Cup
Major Lazer, MC Lan, and Anitta Share Video for New Song: Watch
Here’s Who Might Be at the Center of Narcos: Mexico Season 3
Um…Why Are Celebrities Wearing Dolce & Gabbana on the Red Carpet?