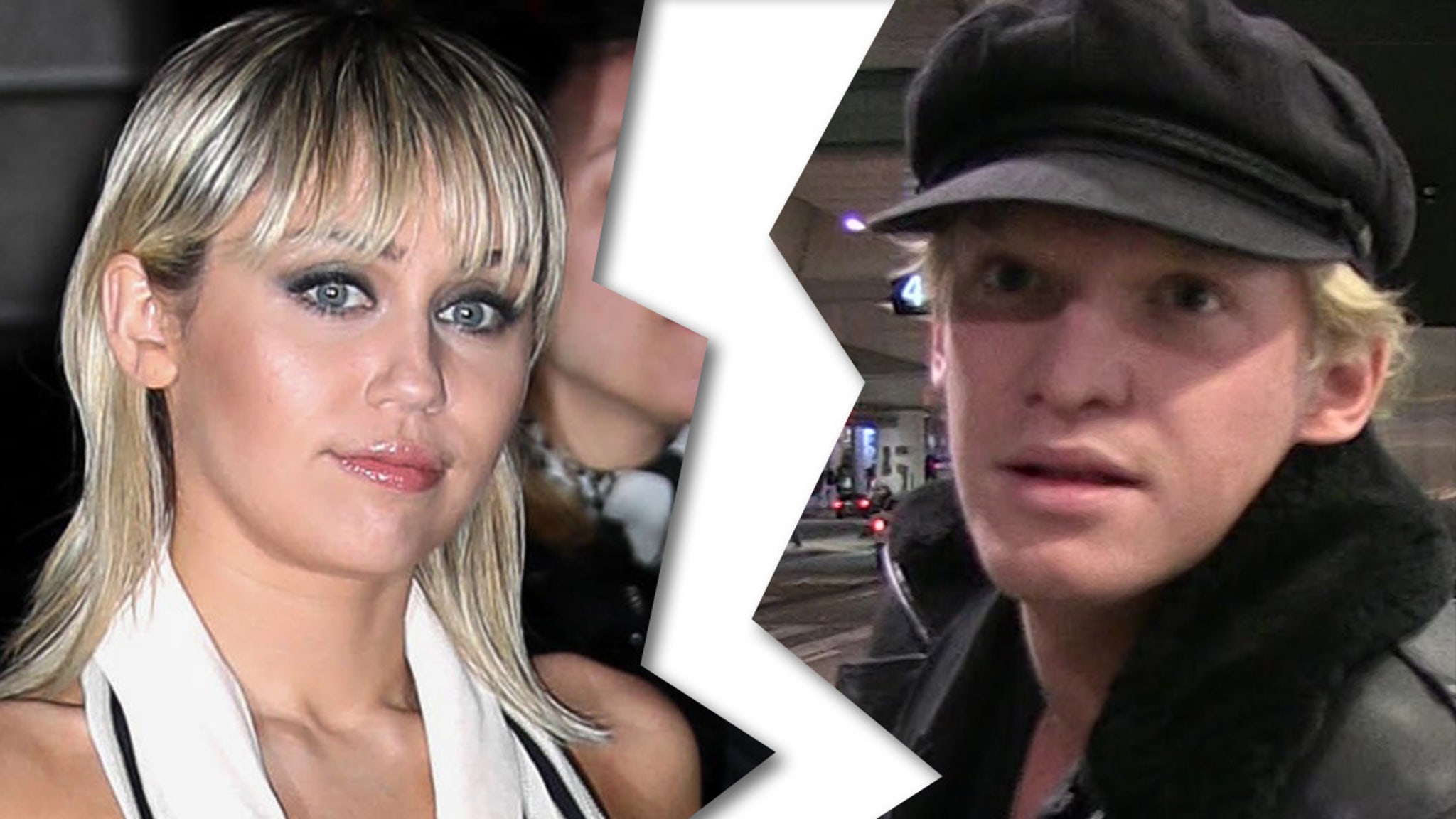 Miley Cyrus and Cody Simpson have officially called it quits on their relationship … TMZ has learned.

Sources close to the former couple tell us they split within the last few weeks, and it’s unclear right now what led to the breakup.

Miley and Cody started dating in October 2019, shortly after Miley’s split from Kaitlynn Carter … which followed her divorce from Liam Hemsworth.

Instantly, the two were constantly posting pics together all over both of their social media pages. Some of their greatest hits include flirty birthday posts and some fun TikTok dance vids.

It was also Cody who took care of Miley in November of last year when she underwent vocal cord surgery — and in March, they got matching tattoos.

They were out together back in June when they grabbed coffee in Calabasas, and in early July they were jamming on TikTok together.

Cyrus has plenty to look forward to though, professionally at least … her new single “Midnight Sky” is set to drop tonight.

Upcoming Margot Robbie Movies: What The Harley Quinn Actress Has Coming Up
Your EDM Premiere: GATTÜSO & Disco Killerz – “I’ll Be the One”
Vertical & Noriva Pick Up Joel Kinnaman, Rosamund Pike, Clive Owen & Common Feature ‘The Informer’
Film Review: The Owners (2020)
The Witcher Boss Weighs In on 6 of the Netflix Show’s Craziest Fan Theories