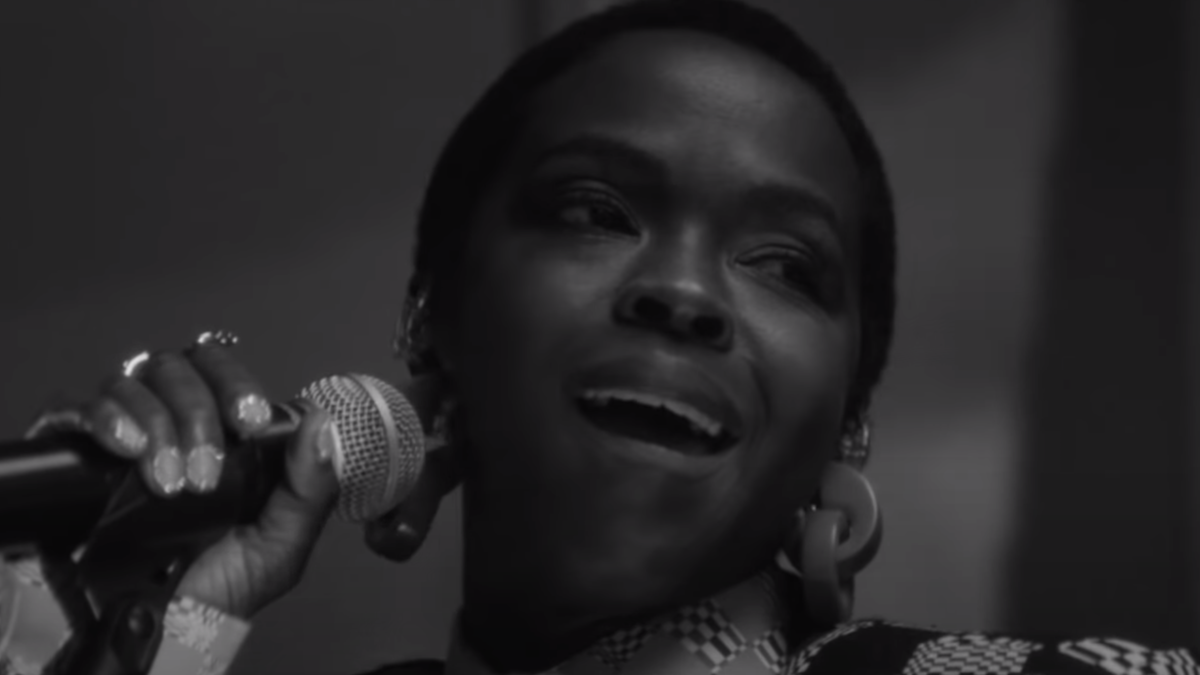 Ms. Lauryn Hill has given limited performances during the pandemic, but her latest is a big one. Louis Vuitton called on the hip-hop icon to provide the musical accompaniment for their spring-summer 2021 menswear show in Shanghai, which took place earlier this month. The whole six-song performance was captured on video for an accompanying video presentation, which has now come online for all to behold.

The black-and-white video finds Hill delivering half-a-dozen tracks, including her contribution to the Queen & Slim soundtrack, “Guarding the Gates”. With her band in full force around her, she also sings “Everything Is Everything”, “Lost Ones”, “Ex-Factor”, “Black Rage”, and the classic “Doo Wop (That Thing)”. Most of the July 31st shoot took place at New Jersey’s MLH Studio, but Hill stepped outside for some hilly exterior shots as well.

Hill also recently contributed to Teyana Taylor’s latest star-studded project, The Album, appearing on the track “We Got Love”. Plus, she’s sampled on the newly revealed Mariah Carey cut “Save the Day”, off the pop singer’s upcoming Rarities compilation.