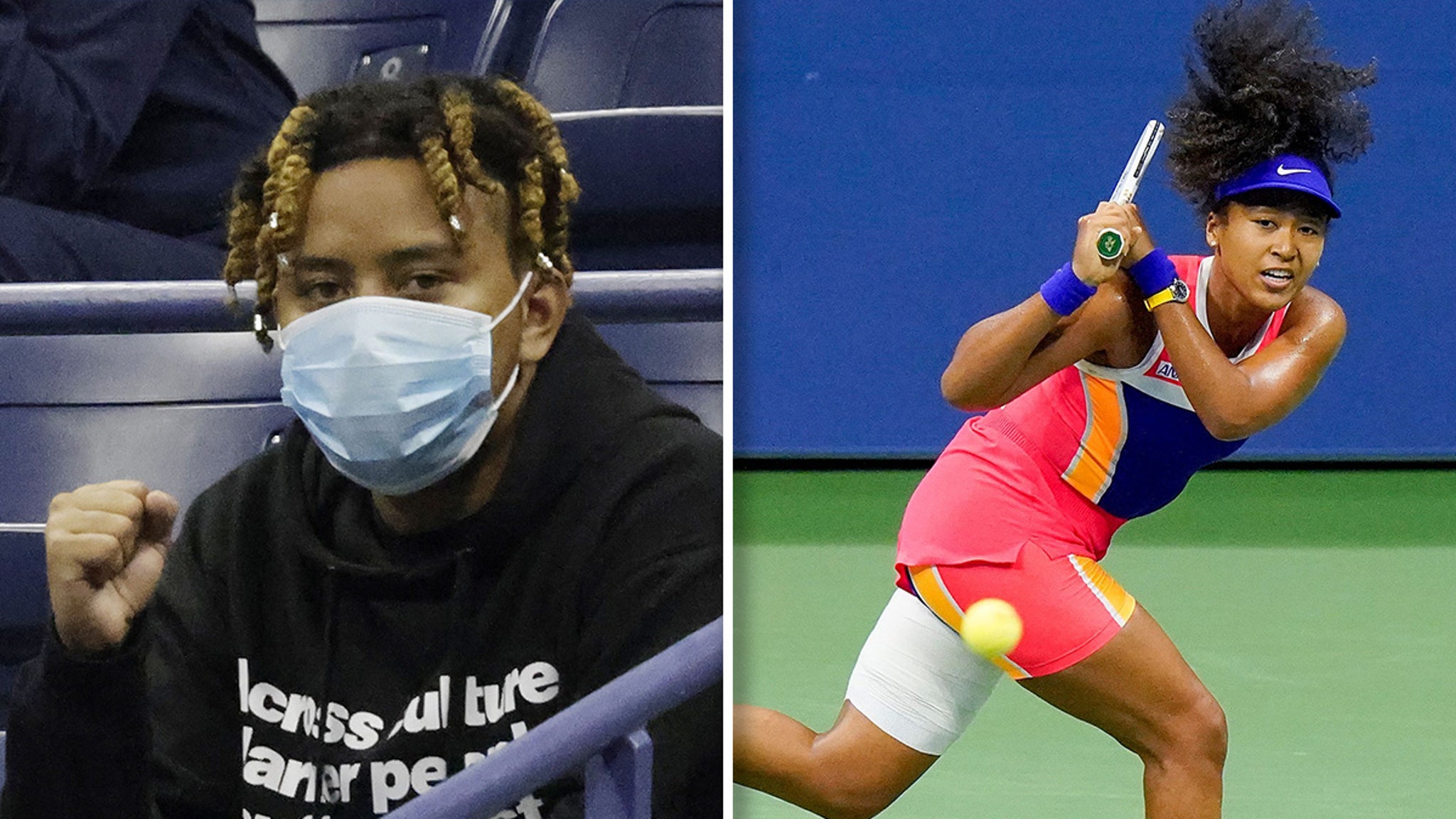 Tennis superstar Naomi Osaka had a Grammy-nominated cheerleader pulling for her at the US Open on Thursday — her rapper boyfriend, Cordae!!

As we previously reported, the young power couple has been dating since early 2019 … and are still still going strong during the pandemic.

While regular folks aren’t allowed to be in attendance for the Open, 23-year-old Cordae was given the green light as Naomi’s guest … so he was able to be a supportive BF for her semifinal match against Jennifer Brady.

Cordae wasn’t just a wallflower, either … the “Gifted” MC was seen pumping his fist and getting as passionate as you can for a tennis match.

Osaka’s been on a tear recently … and sending a powerful message in the process by honoring victims of violence and police brutality like Ahmaud Arbery and Breonna Taylor on her masks.

As for Cordae … you’ll recall the dude used to have 3 letters before his name. But, for those late to the game, the YBN collective is no more.