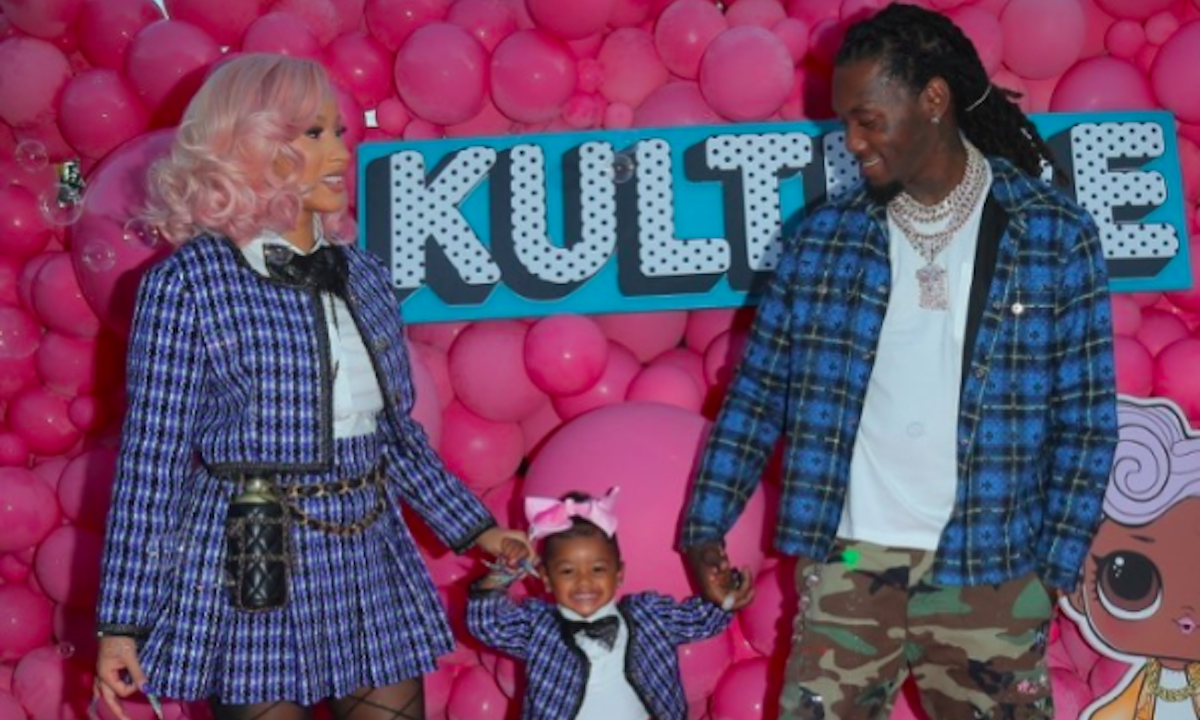 On Saturday, June 11th, Cardi B and Offset (but mostly Cardi B) threw their adorable two-year-old daughter Kulture a lavish birthday party. While the kids vaulted around ornate bouncy castles, adults sipped on themed cocktails. Both groups were apparently having such a good time that the neighbors felt compelled to call the cops. Cardi B filmed police officers entering her home, and the noise complaint was apparently resolved quickly and amicably.

As noted by The Daily Mail and on social media, Cardi B posted the video as an Instagram Story with the caption, “We was too loud I guess.” The short clip showed the rap star staring deadpan at the camera, sucking down a martini, while a mask-wearing police officer loomed behind her. A man’s voice is heard greeting the cop, saying “How you doing, sir?”

A short time later, Cardi B posted images of Kulture’s mountainous present pile, which suggests that the conversation with the police didn’t last long. It’s not clear whether the two-year-old’s birthday party really did reach such voluminous proportions that cops needed to intervene; or whether the soirée was never all that loud, and the rappers’ neighbors need to eat a big slice of “mind your own business.”

Cardi B should really know better, since she delayed releasing new music due to the novel coronavirus. She even interviewed Bernie Sanders about the pandemic. If she really does want run for political office, she’ll need to set a better example. She already has Sanders’ endorsement.

As for Offset, his free time hasn’t been nearly so interesting, but his group Migos recently shared a trio of new singles in “Racks 2 Skinny”, “Need It” and “Taco Tuesday”.

who the f*ck called the cops on my mama @iamcardib lmaoooo pic.twitter.com/h6BYrczlhv