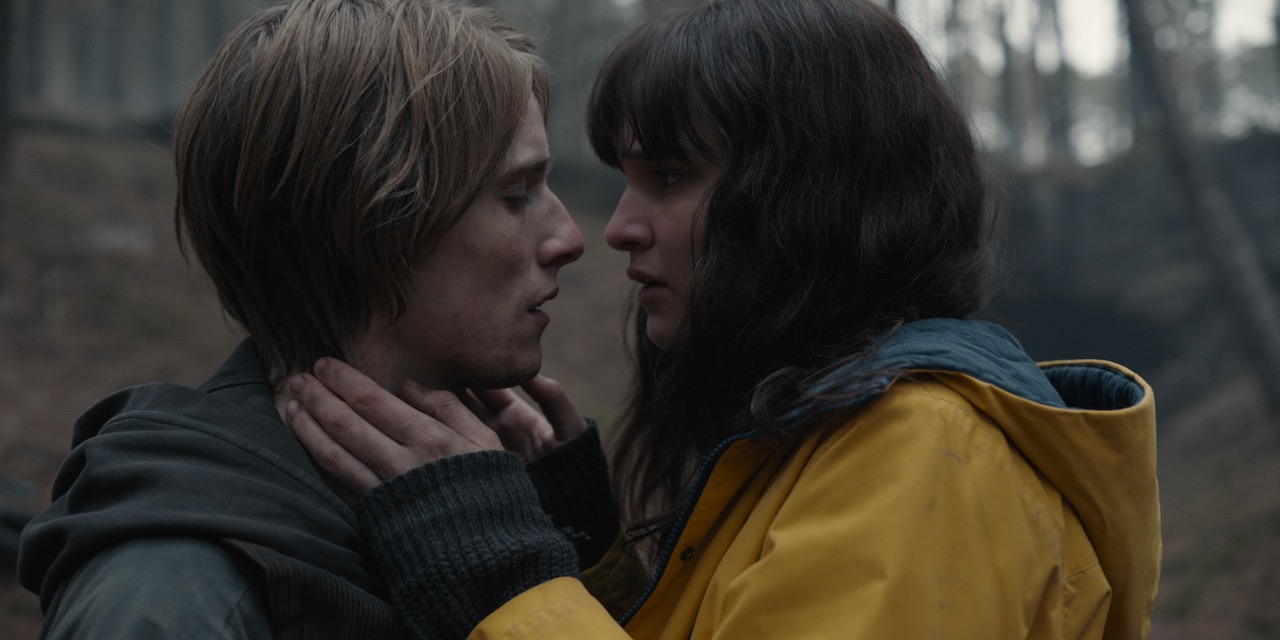 The Pitch: When will the sleepy German town of Winden finally catch a break? When we last left the chronologically-challenged cast of Netflix’s Dark, the apocalypse, the product of two warring factions battling for control of time travel across two centuries, is finally here. And if that’s not enough, young lynchpin Jonas Kahnwald (Louis Hofmann) learns that the scope of this battle is bigger than he previously thought when he’s swept away to an alternate Winden where he never existed — his recently-killed girlfriend Martha (Lisa Vicari) now wears the yellow raincoat of responsibility for this temporal conflict.

While Jonas tries to return to his reality and stop the apocalypse from coming to both versions of his world, the rest of Dark‘s four main families — including Charlotte (Karoline Eichhorn), Claudia (Julika Jenkins), and Bartosz (Paul Lux), among dozens of others played at different ages by different actors along at least six different timelines, many of whom hop from decade to decade with confusing abandon — reckon with conflicts both personal and metaphysical on both sides of the Mad Max-esque catastrophe. But in the end, it all comes down to Jonas, Martha, and an impossible choice.

The End is the Beginning is the End: Even if you’ve been following Baran bo Odar and Jantje Friese’s labyrinthine time-travel drama from the start, it would behoove you to rewatch the first two seasons of Dark before diving into Season 3’s twists and turns. The series was convoluted at the best of times, and now Season 3 throws an entire alternate dimension to keep track of (marked by reversed letters whenever the show deigns to label each new time period for you).

Even the characters in the show need diagrams to chart the various interweavings of the Kahnwald, Tiedemann, Doppler, and Nielsen families, as evidenced by the many scrawlings you see on bunker walls and emblazoned on underground lairs for the secretive Sic Mundus organization responsible for saving or ending the world (depending on which side of the conflict you’re on).

Save Martha! One of the biggest curveballs the show throws at you in this third of three cycles the showrunners always planned for this show is an entire mirror universe where, since Jonas was never born, it’s Martha who becomes the protagonist. Vicari, like the rest of the cast, was always excellent, but the third season thrusts her into the spotlight like never before, and she and Hofmann function beautifully as co-leads, the Adam and Eve of Winden’s chronological calamity.

In some ways, the early stretches of Season 3 feel like a soft reboot of the series, as Jonas attempts to get his footing in a Jonas-less version of the events of the first season. But as we flit between two different dimensions and the expanding cast is fragmented among mirror doubles and three(!) centuries (we go all the way back to the 1880s), it’s harder than ever to keep it all straight.

By the time we revisit characters like Charlotte’s husband Peter (Stephan Kampwirth) and their daughter Elisabeth (Carlotta von Faklenhayn) trying to survive in the early days of the fallout, or Bartosz and the rest of Jonas’ friends hiding out in 1888 Winden with adult Jonas (Andreas Pietschmann), one would be forgiven for just throwing your hands in the air and just rolling with the punches.

Was Für Eine Wundervolle Welt: And yet, in its final two episodes, Friese and bo Odar recognize the need to break Dark down into the central core of the conflict: Jonas and Martha. In each of their worlds, they’re the ones responsible for starting (and stopping) the apocalypse, a battle they’ll wage with the older, more cynical versions of themselves (Dietrich Hollinderbäumer and Barbara Nüsse, respectively). After a lot of place-setting and moving of chess pieces, the series settles on a smaller, more intimate conclusion, cutting the characters to the bare minimum and allowing them to fulfill their destiny in a more direct, emotionally-fulfilling manner.

The Verdict: For a show with this many plates to spin, it’s a wonder that Dark closes out on a final note that both honors the head-turning complexity of the show’s plot and lands some much-needed emotional and thematic notes. The cinematography is haunting and gorgeous as ever, DP Nikolaus Summerer painting a grim, austere picture of a world on the brink of collapse, and the trickling of these consequences onto our characters’ everyday lives. It’s dour, existential, and very, very German.

While the puzzle of Dark has always been its central appeal (in addition to its crisp, prestige drama filmmaking and presentation), the show’s many philosophical monologues about life, death and causality keep us grounded in the characters’ own relationships with time. Outside the grand scope of Sic Mundus, Winden’s shifting time cycles allow characters to reckon with their own mistakes and regrets, their guilt and shame, and the ripple effects of their decisions, whether advertent or inadvertent. One simple mistake, one heat-of-the-moment impulse, can change the course of the universe forever.

Can we change the past? Or are we doomed to repeat it? Dark‘s always asked these questions, but Season 3 expands the scope of their inquiry to the multiverse itself. And it sticks the landing in a way that makes the puzzle worth solving, taking apart, and re-solving all over again now that you’ve seen the whole picture.

Where’s It Playing? Dark releases its final cycle of time-traveling tautologies on Netflix on the day of Winden’s in-universe apocalypse, June 27th, 2020. Bring a spreadsheet and a clockwork time travel gadget.