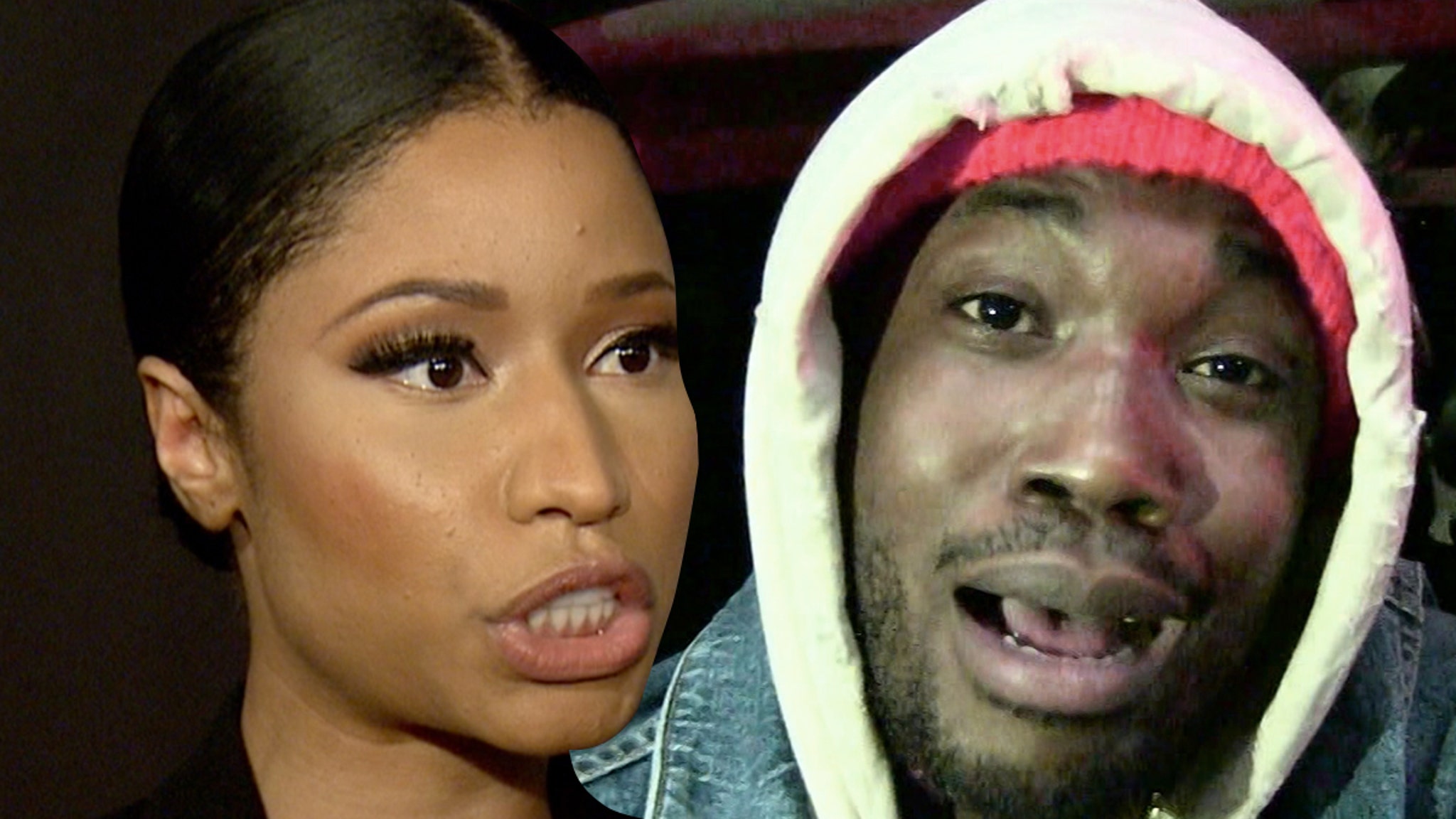 1:11 PM PT — Meek’s done with this back-and-forth cause he tweeted, “My girl is with me pregnant watching me tweet about my ex is very clownish…Ima exit” but not before making ooooooone last tweet to address one of Nicki’s more serious allegations:

For clarification I don’t hit women and I won’t let my interviews be filled with question about her or any situation to do with her when I come out to do press for my new album! No devils tricks

Nicki Minaj and Meek Mill have taken their years-long beef to a whole new level — or we should probably say a new LOW because they’re both leveling disgusting, unproven allegations at each other.

It appears Nicki’s fired the first shot … going off on Meek after seeing that he liked a meme that took a shot at her hubby, Kenneth Petty. Mrs. Petty then posted on IG, calling Meek a clown and alleging he’s a woman-beater. She wrote, “U do IT for likes. #TwitterFingers beat women, scared of men.”

She made it a double-barrel social media attack by tweeting, “You beat your own sister and taped it. Spit on her & taped it. Kicked me in front [of] your mother and sent her to the hospital. Sucking drake d**k made u feel tough again. Move on.”

There’s no evidence to support any of those allegations.

It didn’t take long for Meek to respond by roping Nicki’s convict brother into the mudslinging. As we first reported, Jelani Maraj was found guilty of predatory sexual assault against a child, and just got 25 years to life.

Again, Meek’s claims she knew about her bro’s crimes and paid for his attorneys … all unproven.

There’s a lot more … as the war of words continues, but you get the point.

As we’ve reported … Nicki and Kenneth ran into Meek at a WeHo store last month. The confrontation nearly came to blows and an epic shouting match ensued.

So, the beef’s been simmering since then. It’s now on full boil. We’ve reached out to both camps for comment about the wave of unfounded allegations.

So far, neither side’s saying a thing.