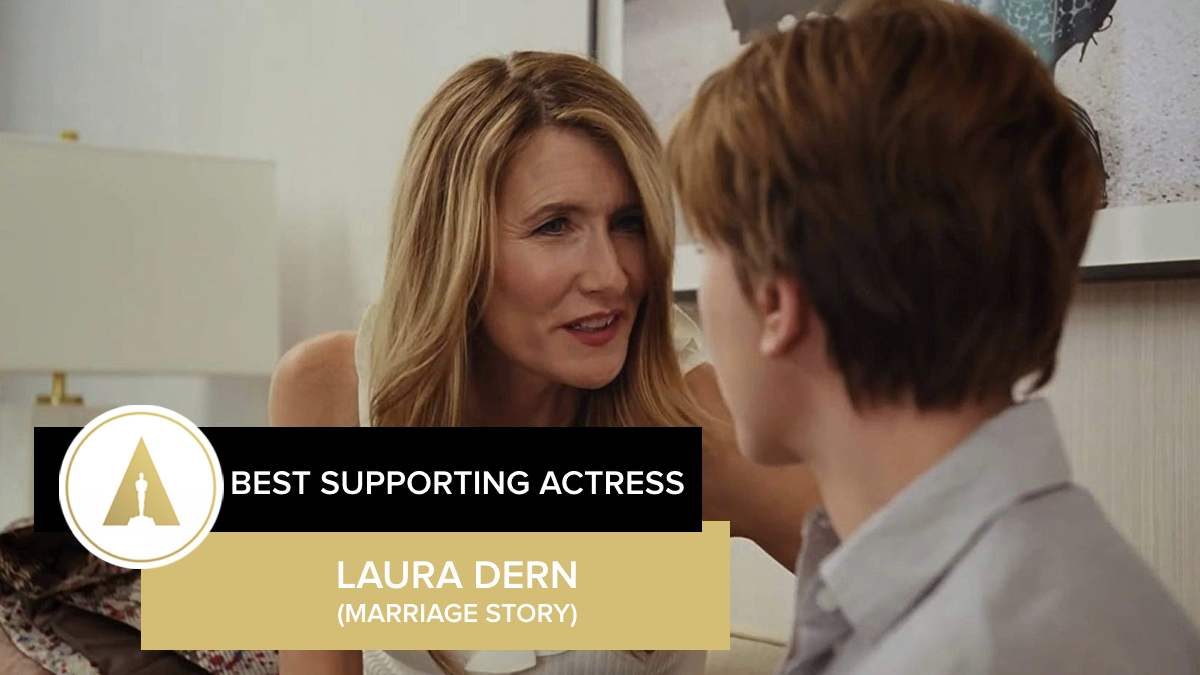 Laura Dern has won Best Supporting Actress at the 2020 Academy Awards for her performance as tough-as-nails lawyer Nora Fanshaw in Noah Baumbach’s Marriage Story. Follow our complete winner’s list for an update on all the night’s victories.

A favorite going into the night, Dern topped a wealth of talent that included Kathy Bates for Richard Jewell, Scarlett Johansson for Jojo Rabbit, Margot Robbie for Bombshell, and her Little Women co-star Florence Pugh. Watch Dern’s acceptance speech below.

Tonight’s win is a long time coming for Dern, who was previously nominated in this category back in 2015 for Wild. In 1992, she was also nominated for Best Actress for her role in Rambling Rose.

It’s been a hell of a year for the actress. In 2019, Dern also co-starred in Greta Gerwig’s Little Women and Hans Peter Molland’s Cold Pursuit. She also appeared in the second season of HBO’s hit series Big Little Lies.

Earlier in the evening, Brad Pitt won Best Supporting Actor his performance as Cliff Booth in Quentin Tarantino’s Once Upon a Time in Hollywood.

As of now, Dern has no projects lined up for 2020, though she will be appear in the next Jurassic Park sequel due out 2021. Joining her in evading all sorts of prehistoric creatures will be original co-stars Sam Neill and Jeff Goldblum.