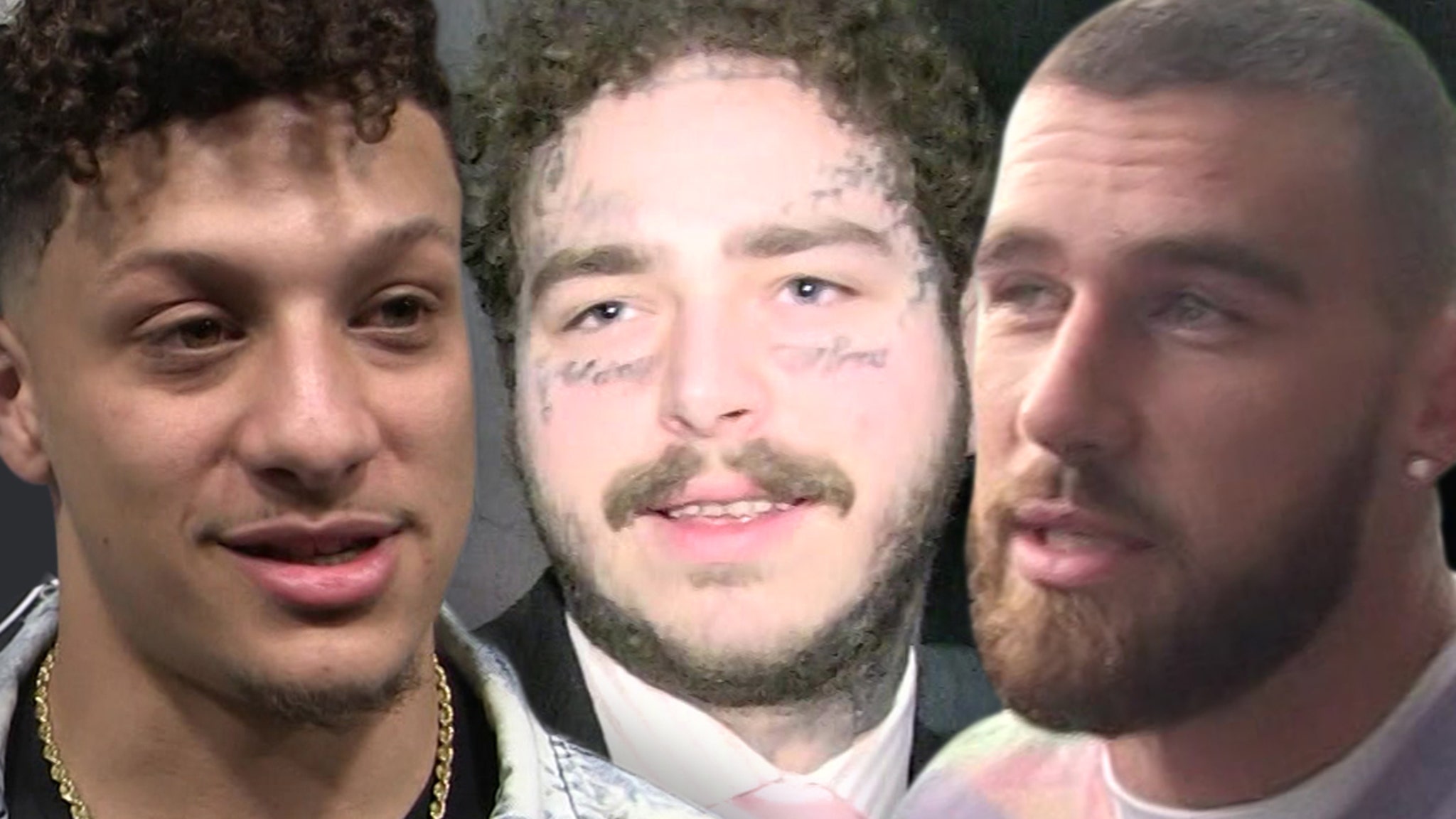 Why does Post Malone have tattoos of Patrick Mahomes and Travis Kelce on his body?!

Because the NFL stars kicked his ass in an epic backstage beer pong match — and the loser had to get tats!!

It all went down after the Chiefs beat the Niners in the Super Bowl — Mahomes and teammate Kelce were able to score some VIP tickets to Post’s February concert in Kansas City.

But, Mahomes told GQ before the show went on … he and Kelce were invited backstage for a little beer pong action with Post.

What happened next is pretty legendary … Mahomes said he and Kelce WENT OFF — and Post Malone was PISSED!!!

Mahomes said after about 14 or 15 straight victories … Post decided to up the ante on the games — and brought out a piece of paper for Mahomes and Kelce to sign.

The deal? If Post couldn’t win, he’d get the Chiefs stars’ autographs inked on his body.

Of course, Kelce and Mahomes didn’t lose — with Mahomes saying his tight end was “unconscious” good on the table! So, when Post got the “L,” he agreed to get the ink done after the show!!

Mahomes says he tried to talk Post out of the tats … saying, “Dude, you do not actually have to get a tattoo of our autographs.”

And, if you’re wondering … no, Post hasn’t revealed WHERE the new tats went on his body.