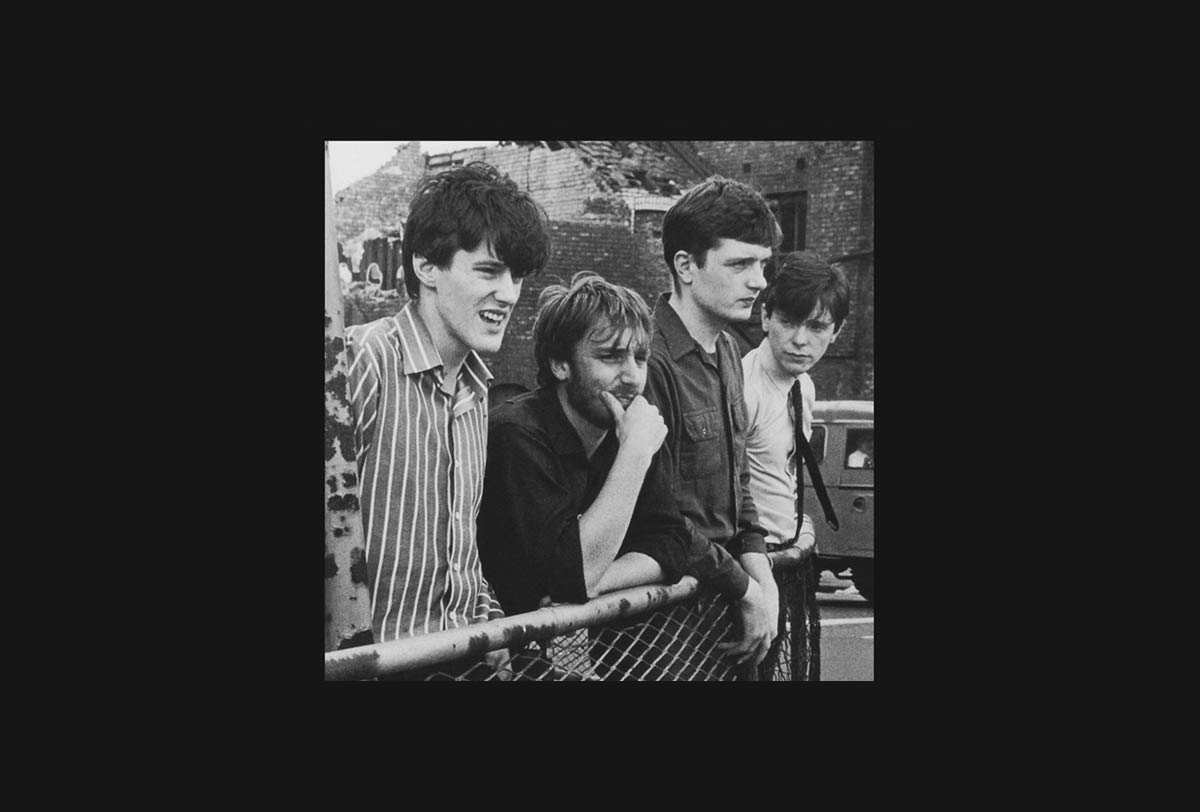 Joy Division never wrote a bad song; there just wasn’t any time. In the four years the Manchester outfit existed, Ian Curtis, Bernard Sumner, Peter Hook, and Stephen Morris were a force of creativity — pure and unadulterated. They weren’t just talented, they were in sync, and their tragic gasp of a timeline has nurtured an enduring legacy.

“I’ve never been in a group as solid as Joy Division,” Hook recently told Consequence of Sound. “The four members were so balanced and so equal, and their inputs and their creativity were so important to the group as a whole. There were no passengers in Joy Division. It was absolutely perfectly balanced. We never got to appreciate ‘It’ because ‘It’ was overshadowed by Ian’s death.”

“We didn’t want to become famous and sell millions of records,” Sumner told us back in 2010. “We did it… honestly… because we loved music. I think that if you love music, and you’ve got a record collection, you love listening to music, you can reverse that process. You love the output, you love writing music. In a strange way, the music sort of wrote itself rather than us write it. We just waited for the music to fall in front of us.”

Cohesion aside, there’s no denying the inimitable influence of Curtis. The late singer-songwriter has and always will be the pillar on which Joy Division stands upon, and that notion is hardly lost on the band’s surviving members — even today. “None of us had the vision,” Hook admitted in the same interview. “The one who had the vision was Ian.”

It’s been 40 years since Curtis took his own life on May 18, 1980. in that time, Joy Division has become an institution, and his poetry has crossed over into countless mediums of culture, be it literature, graphic novels, films, television shows, infrastructures, and body art. Curtis’ short tome of work continues to inspire, and that’s worth celebrating.

“Joy Division is a fantastic story,” Hook shared. “The music, Ian’s lyrics, his image … the mystique it creates within rock and roll is what makes it perfect. So, I try not to live up to the myth. I try to just play the music.”

If there’s a “basic” track in all of Joy Division’s catalogue, it’s without a doubt “You’re No Good for Me”. One of their earliest songs to date — the recording even features OG drummer Steve Brotherdale on drums — this Warsaw track screams: “I love my inspirations!” It’s a clumsy Sex Pistols track at best, though Sumner’s genius at the guitar does eek its way through. –Michael Roffman

Tattoo This: You’d be best to keep looking.

An instrumental B-side of 1980’s “Komakino” single, “As You Said” is about as rough as it gets in the Joy Division catalogue, which is still crystal enough to listen to wholeheartedly. It’s a two-minute collage of electronic effects, all of which would be incorporated into the New Order Sound. No wonder it would later be paired with New Order’s “Video 586” single. –Michael Roffman

Tattoo This: Perhaps you can get the notes? Otherwise, no dice.

Every band has that moment where things begin to click. “At a Later Date” isn’t exactly that magic hour, but it’s close. The song’s much too brutish, but that Joy Division sound is creeping up. You get the sense that everyone’s starting to realize they can actually do this (or at least catch up to Curtis). Unfortunately for Brotherdale, he would soon be left behind. Literally. –Michael Roffman

Tattoo This: “Human beings are dangerous and they call me in the dark”

In another life, Joy Division were the progenitors of a rabid post-hardcore movement throughout the ’70s underground, and that might have been interesting to see play out. Of course, it would have also meant the loss of their greatest anthems (and you could forget New Order), so we’ll use this as a nice what-if, and marvel at Curtis and Hook’s Cujo moment. –Michael Roffman

Tattoo This: “Don’t laugh at murder, I wont pay the price”

An outtake from Closer, and later released as a single (and coupled with 1988’s Substance), “Komakino” reads more like a blueprint for New Order than Joy Division, at least if you consider the sounds off of 1981’s Movement. Lyrically, it finds Curtis cycling through the myriad tunnels of anxiety, contending that with every new resolution comes another new fire to extinguish. Too true. –Michael Roffman

Tattoo This: “Something I’ll never forget”

Again, there’s not much depth to explore here beyond the obvious sounds of The Sex Pistols. Granted, there’s a raw energy to “Inside the Line” that’s fun to behold, but Joy Division’s best tracks traditionally managed to sound both highly engineered and ruggedly exposed — like a mechanical heart beating in an open chest. Elsewhere, the Sex Pistols made their mark sounding like a festering nipple piercing wound, but hey, to each their own. –Dan Pfleegor

Imagine, if you will, a group of punky young lads in Manchester releasing a surf rock anthem replete with “Wipeout” drum cascades. It goes about as good as you’d think. “The Drawback” always stood out as an odd track, but completist super fans looking to catch some gnarly waves will still need to hang 10 on this one. –Dan Pfleegor

Tattoo This: Locals Only!

Perception is reality, as they say, and for some, that notion is terrifying. Curtis tackles that fear head on in Unknown Pleasures outtake “Auto-Suggestion”, which takes its name from the act of someone repeating a verbal phrase so that an idea may be willed into existence — at least subconsciously. Given the use of repetition throughout Joy Division, one could argue this is a skeleton key of sorts into Curtis’ lyrical way of thinking. And that ending? Post-punk bliss. –Michael Roffman

Tattoo This: “Say you tried”

“I Remember Nothing” is the closing track on Unknown Pleasures and serves as a fitting epilogue. Curtis laments, “We were strangers,” and while the listener may have gained some insights into the group, it’s still unclear if we’ll ever fully be able to bridge the spaces that exist between art and true comprehension. What were we supposed to take away from the album? Is it possible to know? Like the poor souls at the end of Lucio Fulci’s horror classic The Beyond, it seems the listener and Curtis alike are doomed to continue exploring the foggy ether of life for some greater understanding that may not even exist. –Dan Pfleegor

Tattoo This: “The gaps are enormous, we stare from each side/ We were strangers for way too long”

When a song that’s over 40 years old can still speak to the context, challenges, failures, and frustrations within the world-at-large … what the hell does that mean? Curtis put it simply: “Reach the dumb to fool the crowd.” –Phillip Roffman

Tattoo This: “Self-induced manipulation/ To crush all thoughts of mass salvation”