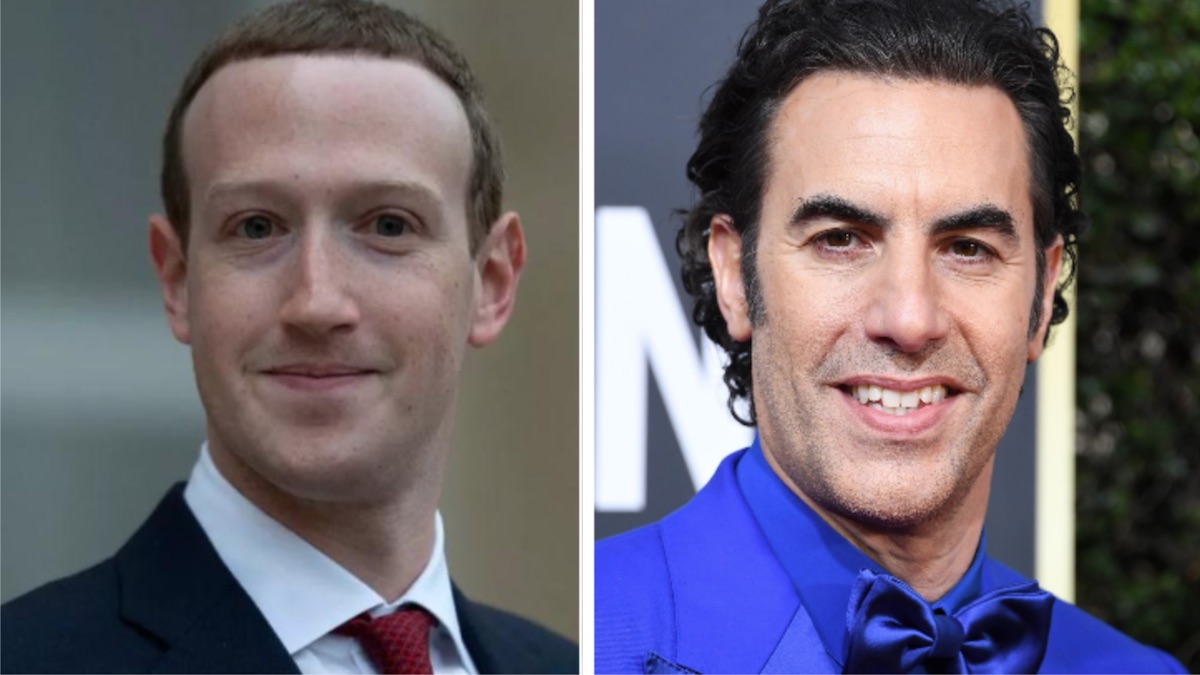 Sacha Baron Cohen spent the majority of 2020 working to expose the rampant wrongdoings of the GOP party. Now that their leader, Donald Trump, has lost the 2020 presidential election, the Borat comedian is getting ready to take down his next target: Facebook.

When Joe Biden was declared the President-Elect of the United States on November 7th, Cohen took to Twitter to share his thoughts. He gleefully celebrated Trump’s loss and then posted a photo of him shaking hands with Facebook founder and CEO Mark Zuckerberg in the White House. “One down, one to go,” tweeted Cohen.

Today, Cohen shared a much longer statement about Zuckerberg and the ways in which he’s preventing a secure transfer of power from Trump to Biden. “This is a dangerous moment,” he tweeted. “Trump won’t concede. Facebook is spreading his lies about voting fraud. Mark — history will judge you by what you do next. You have a choice — stand with Trump or stand with democracy. The whole world is watching.”

It’s understandable why Cohen wants to prevent Facebook from normalizing the spread of misinformation considering the mess we just lived through over these past four years. As he said in a 2019 keynote speech, Facebook is “the greatest propaganda machine in history.”

“The algorithms these platforms depend on deliberately amplify the type of content that keeps users engaged — stories that appeal to our baser instincts and that trigger outrage and fear,” Cohen said of Facebook in the speech. “It’s time for a fundamental rethink of social media and how it spreads hate, conspiracies, and lies.”

Earlier this fall, Facebook promised it would ban Holocaust denial content as well as political ads starting October 27th in advance of the election. While that was a step in the right direction, many advocacy groups believe Zuckerberg made this decision far later than he should have. The same holds true for Facebook’s recent-but-not-soon-enough moves to block misinformation from Trump and stop the spread of QAnon content.

This is a dangerous moment. Trump won’t concede. Facebook is spreading his lies about voting fraud.

Mark—history will judge you by what you do next.

You have a choice—stand with Trump or stand with democracy.

The whole world is watching. pic.twitter.com/1L12lJN9GK

One down. One to go. pic.twitter.com/eQYi1pBqku

LaMelo Ball On LaVar vs. Michael Jordan, ‘We Know How It Would Turn Out’
A Holiday Gift Guide for Horror Hounds
6 Reasons Why Sleepless In Seattle Is A Perfect Christmas Movie
NY Authorities Try to Shut Down Biz Meeting, Chased Off by Anti-Maskers
Watch Out Ryan Reynolds, Arnold Schwarzenegger’s The Latest Celebrity To Get An Alcohol Brand