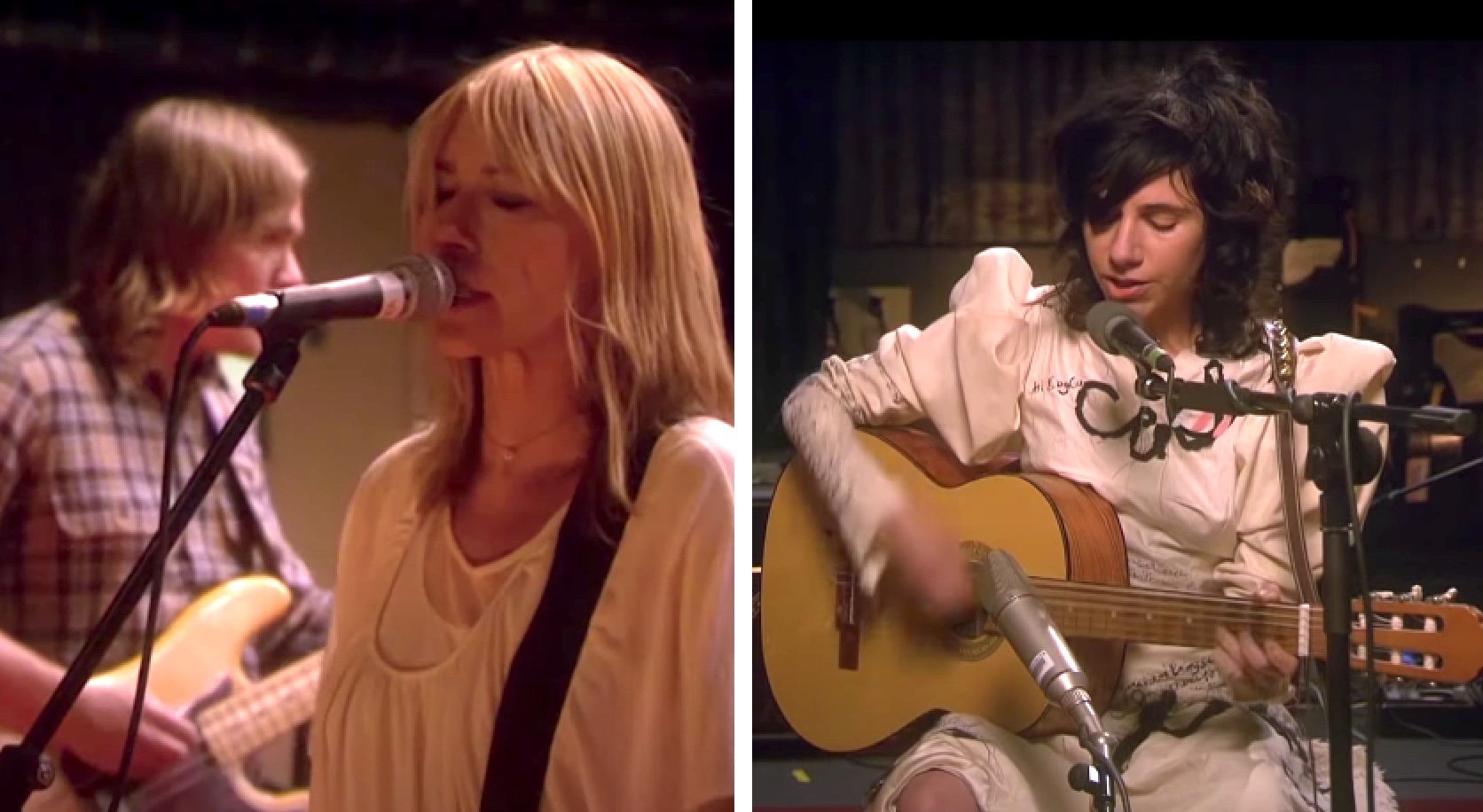 The deeper we get into the From the Basement archive, the better and better it gets. The latest uploads include full performances from Sonic Youth and PJ Harvey.

Ever since it was announced that Nigel Godrich’s independent music performance program was uploading its entire archive to YouTube, music fans have been blessed with high-quality footage of iconic bands every week, including legendary Radiohead clips and previously hard-to-view performances. These new videos continue that trend.

Sonic Youth’s 2007 performance on From the Basement feels like an actual concert. Although the setlist only consists of five songs, the runtime lasts well over half an hour and the band is totally in the zone. After they open with an impassioned version of “The Sprawl”, Sonic Youth then bust out a particularly notable rendition of “Incinerate” as well as “Hey Joni”, “Jams Run Free”, and “Pink Stream”.

Meanwhile, PJ Harvey’s 2008 From the Basement set gets surprisingly quiet at times. Shifting between piano and acoustic guitar, she can be seen working her way through stirring renditions of “White Chalk”, “The Piano”, “The Devil”, and “Grow Grow Grow”. It’s fitting for Harvey’s old performance to be uploaded to YouTube this year. Mere weeks ago, she announced an archival project of her own: reissuing her catalog on vinyl with rare album demos, including records like Rid of Me and To Bring You My Love.

Watch both performances below.