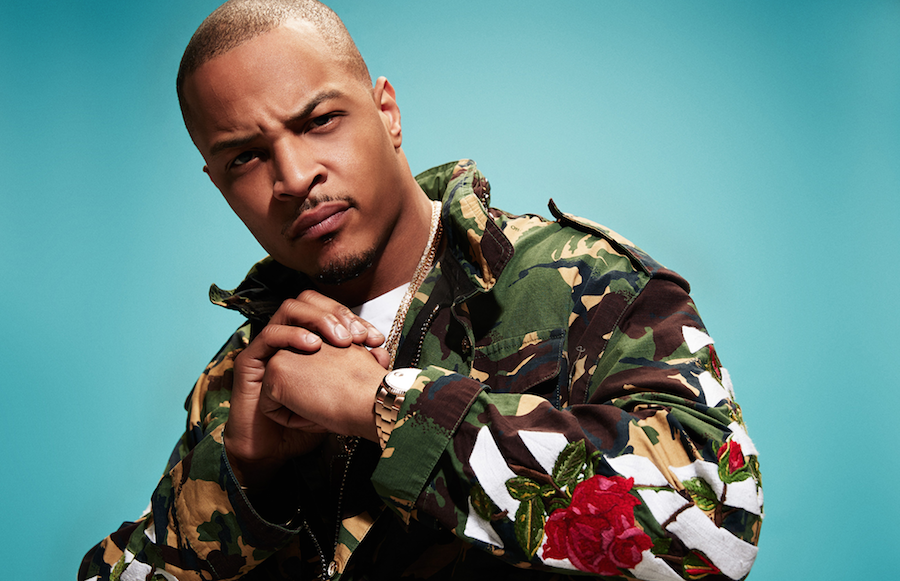 And the Overbearing Parent of the Year award goes to… T.I. The rapper/actor recently revealed on the podcast Ladies Like Us that he has a doctor check his daughter’s hymen every year to make sure she’s still a virgin.

Tip, who currently hosts Netflix’s Rhythm & Flow alongside Cardi B and Chance the Rapper, was unabashed about his method of dictatorial birth control. Speaking with hosts Nazanin Mandi and Nadia Moham about whether he talks to his daughter about sex, he responded, “… Not only have we had the conversation, we have yearly trips to the gynecologist to check her hymen.”

His daughter, Deyjah, recently turned 18 and is in her first year of college. While T.I. claimed she’s “figuring it out for herself,” he’s also been taking her to these yearly OBGYN appointments since she was 16.

Deyjah’s physician apparently tried to talk T.I. out of the intrusive practice, explaining that a woman’s hymen can break from other activities like riding a bike or a horse. But T.I. wasn’t having it: “So I say, ‘Look, doc, she don’t ride no horses, she don’t ride no bike, she don’t play no sports, man,’” T.I. laughed. “‘Just check the hymen, please and give me back my results expeditiously.’” T.I. even admitted that he has to get Deyjah to sign a consent form allowing doctors to share the information with him.

In an exhibition of cringingly circular logic, T.I.P. also believes that forcing his daughter to confirm her virginity helps keep her that way. “[Virgins] — they’re no fun,” he argued. “Who wants a virgin? Like really? All that work.”

All the while, Mandi and Moham seemed bemused and aghast at the parenting style, at one point asking jokingly, “Someone check to see if Deyjah is all right.” Still, T.I. defended his position: “I think that most kids in hindsight, looking back, they always thank their parents for not allowing them to damage themselves as much as they could have.”

Perhaps not so ironically, Tip has a different outlook when it comes to his young sons. In a June episode of his family’s VH1 reality show, T.I. & Tiny: Friends & Family Hustle, he seemed pretty unfazed upon learning his 15-year-old son, King, was sexually active. “I don’t want any of my children to have sex before it’s time, but who’s to say when it’s time,” he said on the show (via ET Online). “However, I will definitely feel different about a boy than I will about a girl. And that’s just the God’s honest truth. I don’t think there’s any father out there who’d tell you any different.”

Keep in mind, T.I. had Deyjah when he was just 21 years old — and somehow we doubt that was the first time he had sex (He also has two sons, 18 and 19, with his ex, Lashon Dixon, as well as a 3-year-old daughter and 11-year-old son with Tiny)

Hear T.I.’s comments about his daughter below, and listen to the full episode via Apple Podcasts.

This isn’t the first time this year T.I.’s words have turned heads this year. Back in March, he derided the Leaving Neverland documentary about Michael Jackson’s sexual abuse allegations as part of “an agenda to destroy OUR CULTURE.”

T.I. says he goes to the gynecologist with his daughter Deyjah to make sure she’s maintaining her virginity.