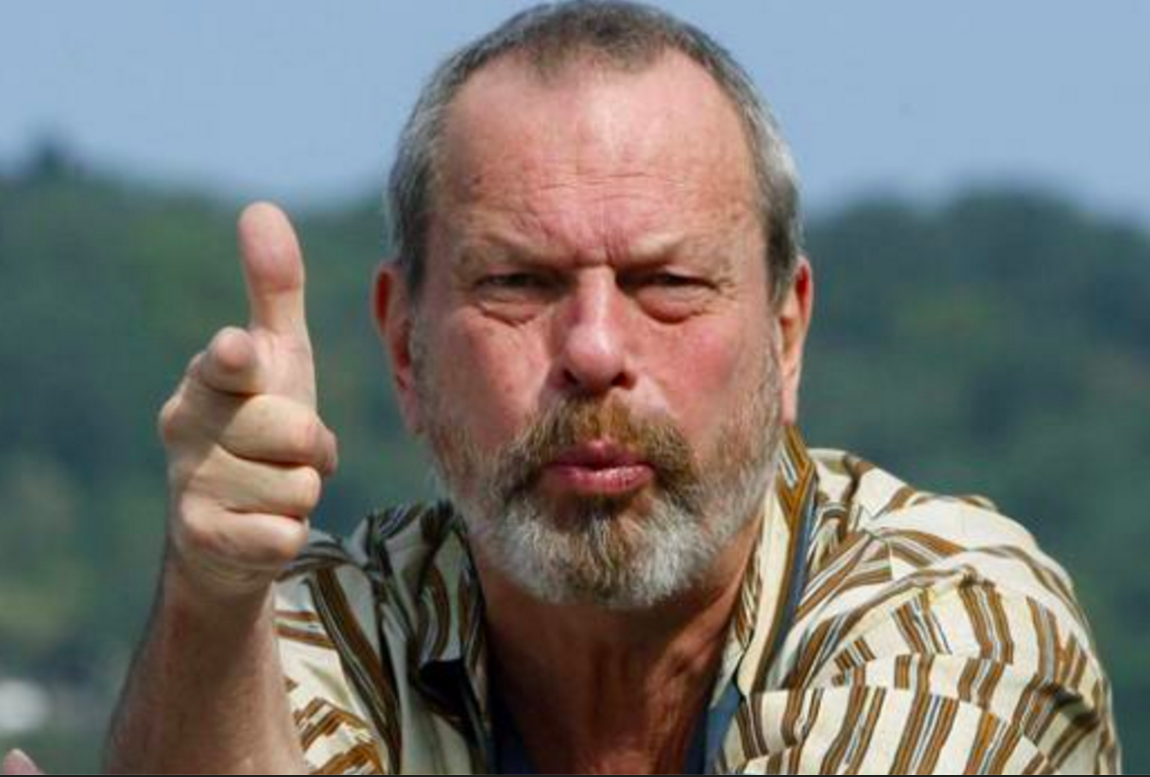 Terry Gilliam, a white man tired of being blamed “for everything wrong with the world”

Even though he’s been trying to makeThe Man Who Killed Don Quixote for over twenty years, Terry Gilliam keeps forgetting to promote it, instead getting distracted with talk of “identity politics” and everything he believes is wrong with the world. A few days ago he ripped into Black Panther, saying, “It gives young black kids the idea that this is something to believe in. Bullshit. It’s utter bullshit.” Now, in a new interview with The Independent, the Monty Python-alum got side-tracked from Don Quixote with long rants sneering at #MeToo and bemoaning the poor plight of white men today.

“I’m tired of white men being blamed for everything wrong with the world,” he said. These words came at the end of a bizarre exchange in which he re-iterated his belief that the #MeToo movement is a “witch hunt”, and implied Harvey Weinstein’s victims got the “bumps in their careers” they were looking for. He mentioned a conversation with a famous actress once cornered by Weinstein.

“She has got her story of being in the room and talking her way out. She says, ‘I can tell you all the girls who didn’t, and I know who they are and I know the bumps in their careers.’ The point is, you make choices. I can tell you about a very well-known actress coming up to me and saying, ‘What do I have to do to get in your film, Terry?’ I don’t understand why people behave as if this hasn’t been going on as long as there’ve been powerful people. I understand that men have had more power longer, but I’m tired, as a white male, of being blamed for everything that is wrong with the world.”

Later in the interview, Terry Gilliam briefly claimed to be a “black lesbian in transition.” When interviewer Alexandra Pollard pressed him on this, he said, “You’ve judged me and decided that I was making a joke.” Then he admitted he was joking, and framed it as a ploy to make her think.

“I’m talking about being a man accused of all the wrong in the world because I’m white-skinned. So I better not be a man. I better not be white. OK, since I don’t find men sexually attractive, I’ve got to be a lesbian. What else can I be? I like girls. These are just logical steps. I’m just trying to make you start thinking. You see, this is the world I grew up in, and with Python, we could do this stuff, and we weren’t offending people. We were giving people a lot of laughter.”

Of course, the best Monty Python skits took shots at the rich and powerful instead of minorities and survivors of sexual assault. But Gilliam thinks society has changed, not him. “People work so hard to be offended now. I don’t know why I’m doing it. It’s not fun anymore.”

The Man Who Killed Don Quixote is out now in limited release. Originally Amazon was set to distribute the film in the US, but the tech giant pulled out over legal issues. This latest setback in a twenty-year quest gave Gilliam a minor stroke.