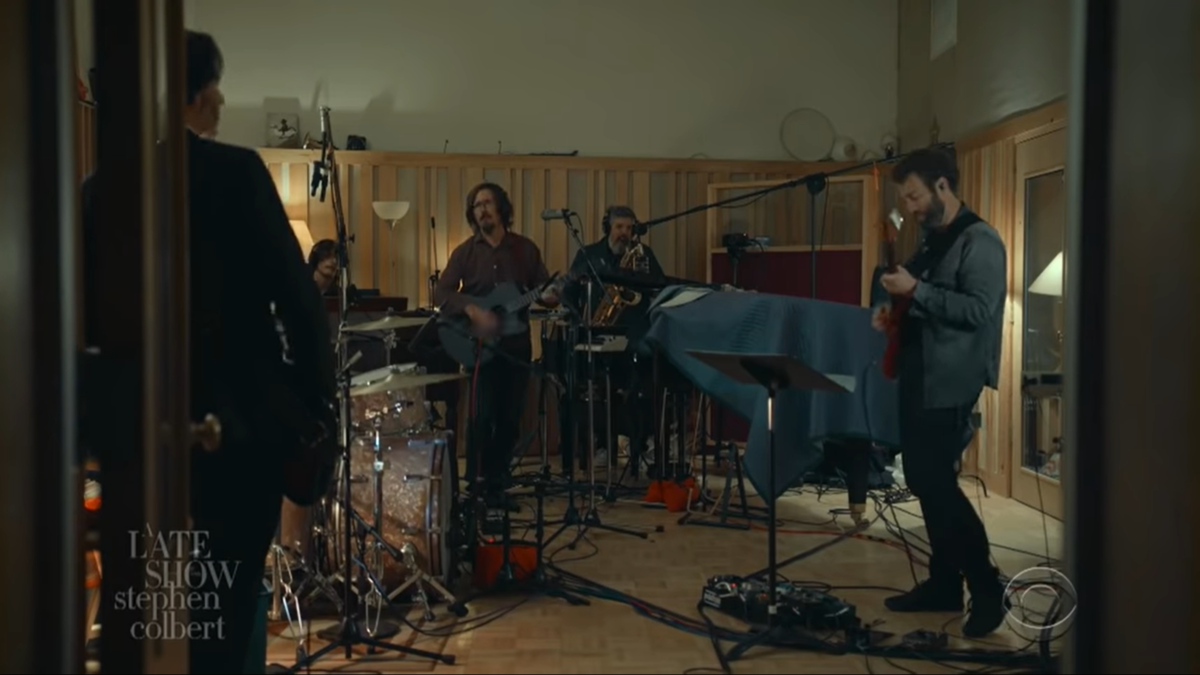 The Mountain Goats made a Friday night appearance on the Late Show with Stephen Colbert to perform their song “Get Famous”. The track was included on the second of two albums they released in 2020, Getting Into Knives.

Like all late night performances these days, the set was recorded remotely in a studio and submitted to the program. In addition to frontman John Darnielle and his three core bandmates — Peter Hughes, Jon Wurster, and Matt Douglas — the group was joined by two additional saxophone players to fill out the blaring woodwinds in this upbeat anthem.

Back when the band released “Get Famous” as a single in September, Darnielle opened up about how fulfilling it was to create: “If I told you all how much fun we had making this one you wouldn’t even believe me, but we hope it comes through.” Well, now we have visual proof for how much of a ball the gang have while busting through it.

It’s a great performance that’ll make any hardcore Mountain Goats fan pine for the opportunity to see them in person. Check it out below after the jump.

Before they dropped Getting Into Knives in October, the Mountain Goats surprise-released an album called Songs For Pierre Chuvin. Darnielle wrote the ten-track LP in as many days and recorded them straight to his boombox — his first such effort since 2002’s All Hail West Texas.