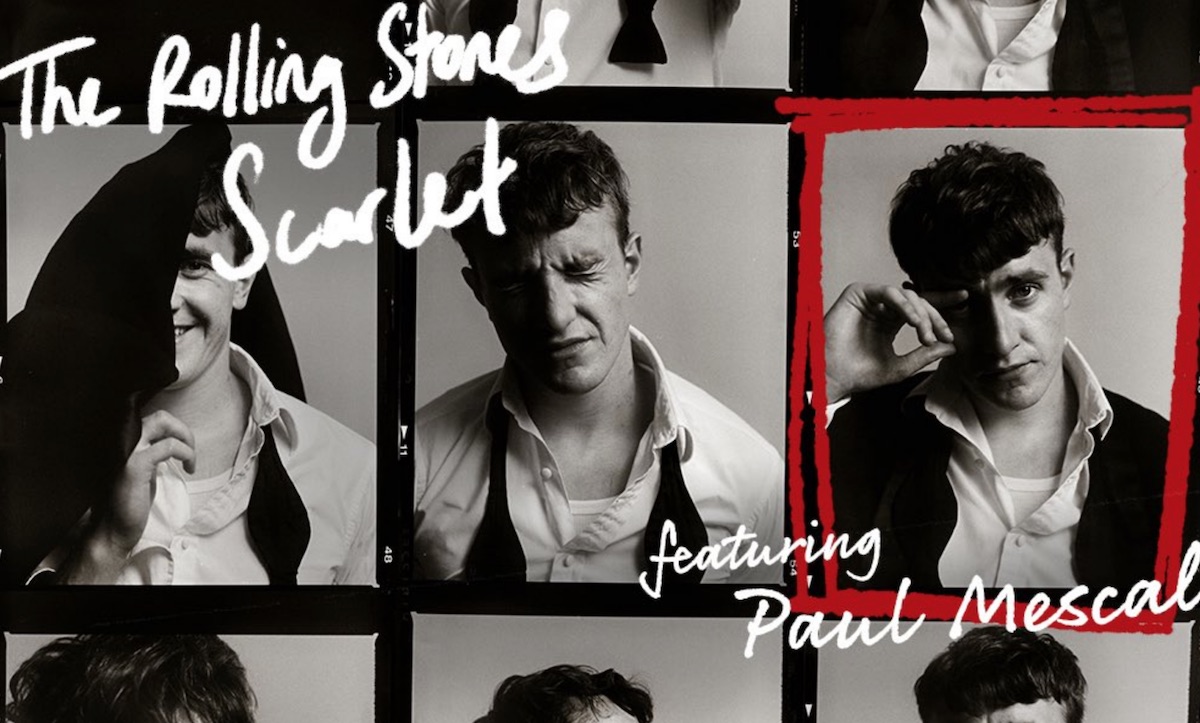 Said to be a love letter to someone named Scarlet, the clip was directed by duo Us and filmed at London’s famed Claridge’s hotel (socially distanced, of course). In it, Mescal, tie undone following a formal event, is seen playing music in what appears to be a dimly lit office or hotel room. Watch below.

“Scarlet” is one of 10 bonus tracks included on The Rolling Stones’ upcoming Goats Head Soup box set (pre-orders are now ongoing). According to Keith Richards, the song came about by happenstance when they found themselves in the same recording studio as Led Zeppelin in October 1974. Page decided to hang around after his band wrapped things up and, after the musicians got to talking, decided to record a very rough demo together. The resulting single may be somewhat rough as a result, but it’s too legendary of a crossover to let it collect dust in the band’s private archives.

The Rolling Stones haven’t been sitting idly during quarantine. In fact, the group released an excellent new single called “Living in a Ghost Town” and they’ve been regularly sticking it to Donald Trump, from threatening to sue him over unauthorized use of their music to to reissuing their 1989 live album where Richards pulled a knife on the future POTUS.

Don’t miss the premiere of Scarlet featuring @mescal_paul this Thursday at 7pm BST / 11am PST – there will be an exclusive chat between Paul & Mick Jagger right before the video premieres! Set a reminder & tune in via the Stones YouTube channel: https://t.co/H2JWfmmIvV pic.twitter.com/SFNjdegcRS