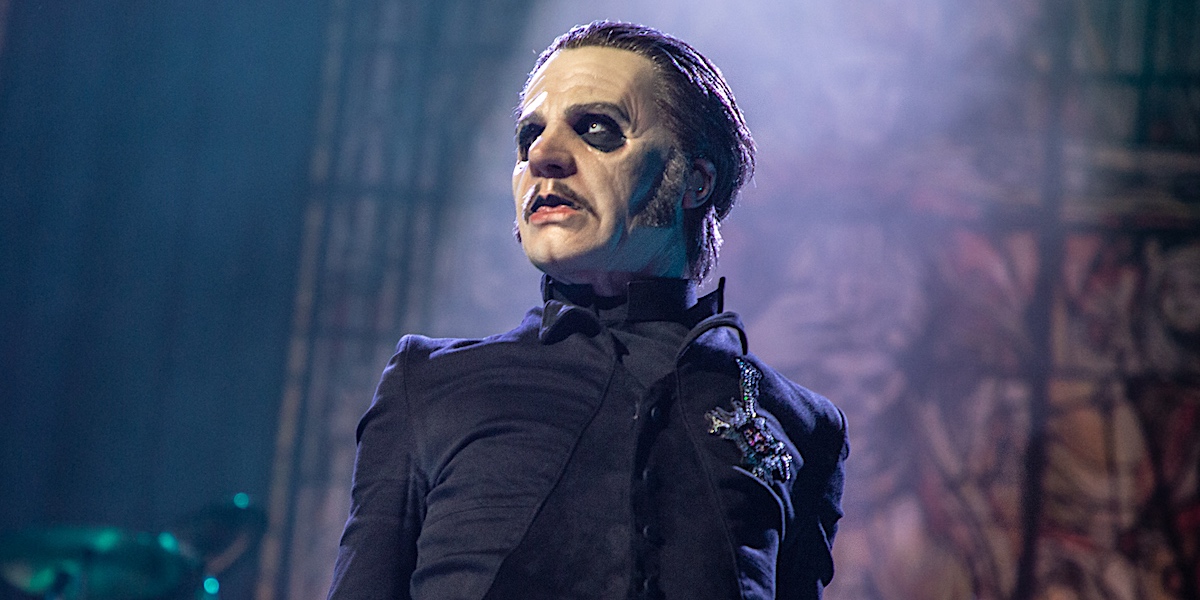 Ghost have had about as good a decade as any metal band, growing from cult underground upstarts to global stardom thanks to some savvy marketing and excellent albums and singles. Heck, they even topped our recent list of the Top 25 Metal Songs of the 2010s. As mastermind Tobias Forge (aka Cardinal Copia) admits, he’s following the successful template laid out by the metal bands that came before him, including recent tour mates Metallica.

“I regard Metallica as colleagues and friends now, but they’re still Metallica,” Forge told Kerrang! of the band he supported on a stadium tour earlier this summer. “I am an ambassador and they are presidents. But when I look to Metallica for influence, I’m looking at what they did in 1988. We’re on our fourth album, as they were on the ‘Damaged Justice Tour’, so the next stop is the ‘Black Album’.”

Forge was likely speaking more logistically rather than sonically, saying he was looking to “make a responsible record”. In the interview, he alludes to his past as a dreaming underground metal artist who hoped to one day live off making music: a dream that has come closer to fruition with Ghost’s rise in popularity over the past decade.

“That doesn’t mean to expect riffs. It’s two different things — what the record sounds like and knowing to put yourself in the right spot at the right time,” he said. “When I had nothing, and lived in a small apartment that cost very little because the ceiling leaked, the dream was to be able to live off making music. When I had kids that became even more important. Now it’s about something else. I’m responsible for showing my wife and my kids that all these years of waiting for me have been worth it. And that goes beyond money, because at the end of the day that’s just seasoning. One day my kids will be grown-up and I have to be able to show them that all this time playing rock shows had a real purpose.”

Ghost’s next album will arrive in 2021, according to Forge. The band recently released the deluxe Prequelle Exalted box set, which includes the band’s 2018 album and tons of extras.  Ghost will head out on a European tour in December, with tickets available here.

Terror in the Aisles (1984) Coming to Blu-ray in October 2020
Black NYPD Officer Mocks Cautious Policing Tactics in 2020
Good Omens: 10 Things In The Show That Only Make Sense If You Read The Book
Film Review: Crypt Of The Living Dead (1972)
Film Review: Blood For Irina (2012)