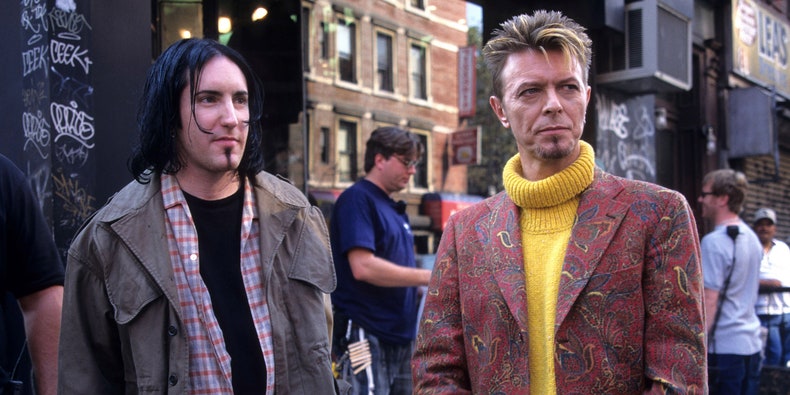 Nine Inch Nails’ Trent Reznor and Atticus Ross are readying their third volume of soundtracks to HBO’s Watchmen to release three different volumes of their score to HBO’s Watchmen. Before it arrives on December 16, the duo have shared their instrumental cover of the David Bowie classic “Life on Mars.” The cover appeared in the show’s seventh episode “An Almost Religious Awe.” Listen below.

It’s not the first time Reznor and Ross have covered Bowie. Nine Inch Nails covered his Blackstar song “I Can’t Give Everything Away.” Reznor famously collaborated with David Bowie on the 1997 single “I’m Afraid of Americans.” This year, Nine Inch Nails were nominated for possible Rock & Roll Hall of Fame induction.