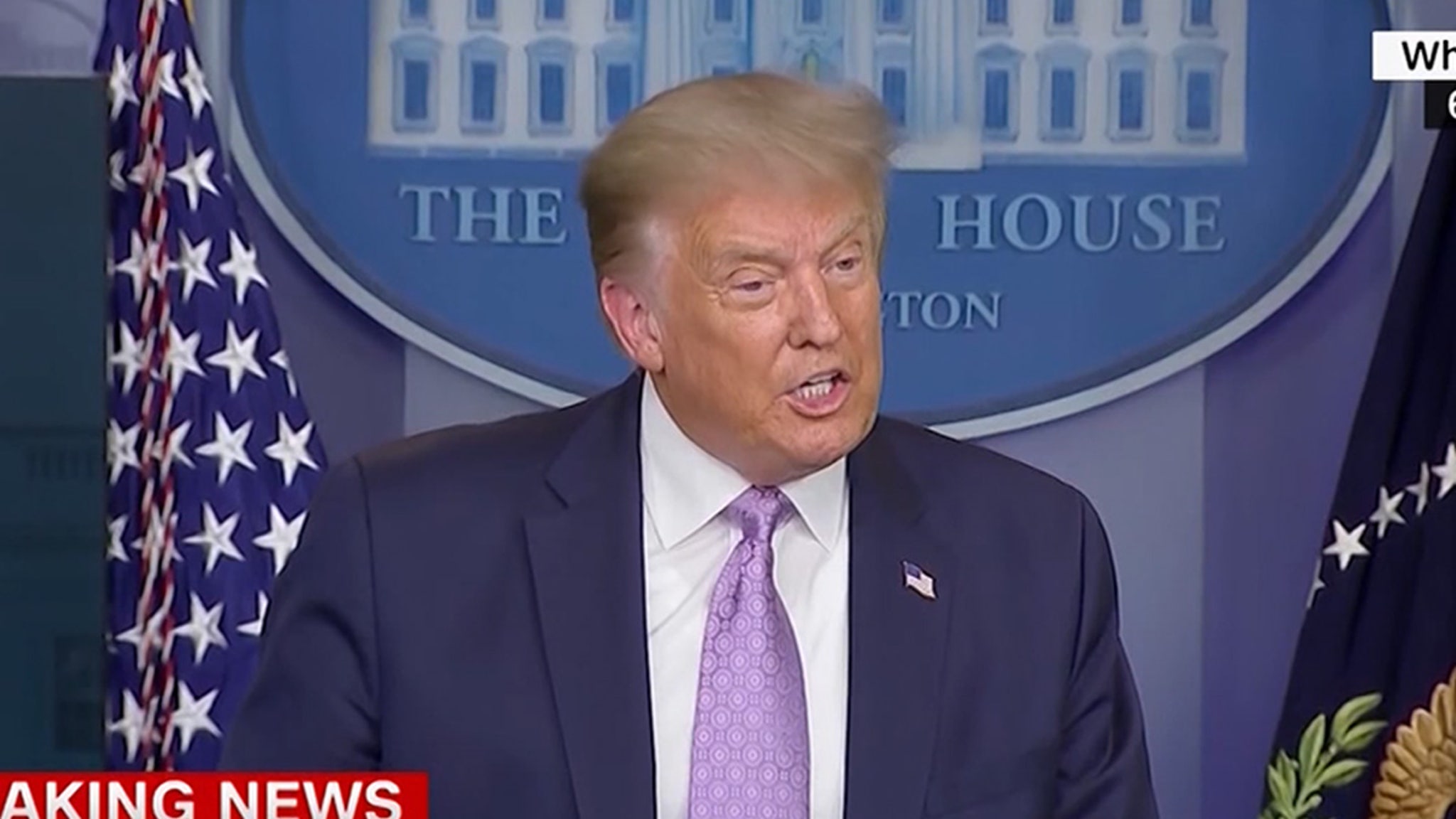 Donald Trump says he’s not pulling strings to help Kanye West get on state ballots for the presidential election … but he’s got lots of good things to say about Ye and Kim Kardashian.

Trump denied claims he’s encouraging Republicans to help Kanye get on the ballot for prez in swing states. He was asked by a reporter during a Wednesday press conference if he was encouraging several Republican operatives who allegedly were helping Ye … he said no.

POTUS says he likes Kanye very much. He did not seem to know about Kanye’s recent struggles with mental illness but said Kanye has always been nice to him.

That paled in comparison to his praise for Kim, whom Trump largely credited with convincing him to release several inmates, including Alice Johnson.

As you know … Trump and Kim have worked together on presidential pardons.