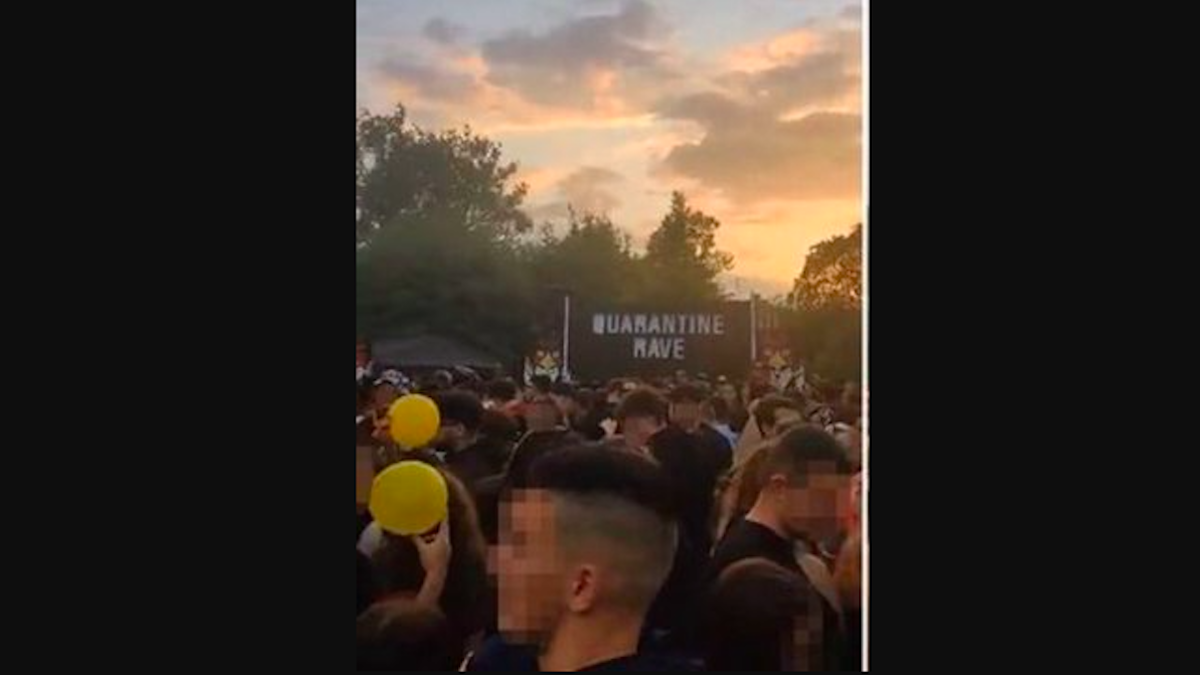 Manchester, England was the site of two illegal “quarantine raves” on Saturday, June 13th. Attended by some 6,000 people total, the events resulted in one suspected overdose death, three stabbings, and the rape of an 18-year-old-woman.

As reported by the BBC, the two separate events took place in Daisy Nook Park and Carrington, both within Greater Manchester County. 4,000 people piled into the park at Daisy Nook, including the 20-year-old man who is believed to have died of a drug overdose. An additional 2,000 people raved at Carrington, and it was this smaller event that hosted the rest of the weekend’s tragedies.

“We are also investigating the rape of an 18-year-old woman, who attended this event,” police said in a statement, “and we have specialist officers supporting her and her family.”

Images of the events circulated widely on social media. Photographs show tight clusters of people not wearing masks, in defiance of Britain’s coronavirus guidance, as well as common sense. Given what scientists are discovering about superspreader events, this weekend could potentially be a step backwards for UK health care officials attempting to manage the pandemic.

Pictures of the sites reveal a dense layer of trash covering the ground. You might find the same at legal music festivals, except that legal festivals employ cleanup crews. Altogether, the “quarantine raves” are the kind of thing that give respectable drug-loving music fans a bad name. Check out video and images of the raves below.

While many countries have yet to flatten the curve, the US and Europe are starting the precarious process of opening back up. We at CoS are as desperate to attend live music shows as anyone, but health care experts warn that won’t be safely possible until fall 2021, after a vaccine is widely available. That doesn’t mean concerts are impossible — just that you should invest in some special protective concert gear.

WORLDWIDE pandemic. I genuinely don’t give a S*%T if people want to give me grief for posting this and I if you do but if you went to last nights rave in Daisy Nook and you left ANY of this litter in a place that you no doubt have enjoyed at some point in your life, dickheads pic.twitter.com/HtPuz3lXSM

I’m at the field where the rave took place along with volunteers who have been here for hours. These are the scenes they were met with. @MENnewsdesk pic.twitter.com/Lbt4ZhA9VO

Overnight 2 raves in Manchester. This one in Oldham.

The government fucked up in managing the Corona virus, but having to get the British public to act with an ounce of common sense is fucking impossible.