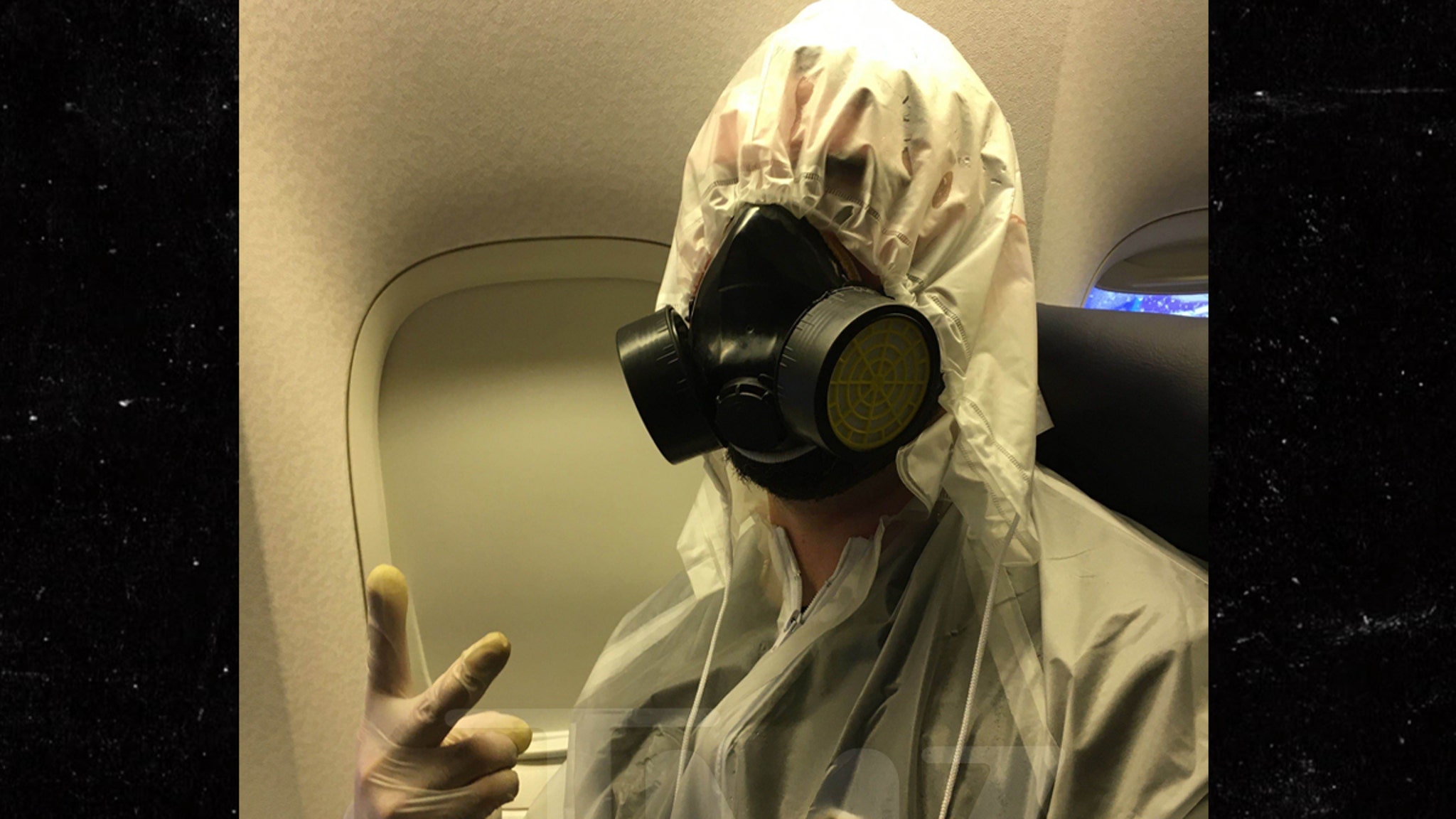 Danny Cotton hit several hot spots in Asia last month in the midst of CV hysteria … first in Hong Kong and then Malaysia. Cotton self-quarantined himself and his fiancee in an Airbnb rental property in Malaysia for 20 days. They were both fine, and wanted to stay that way.

Danny tells us he fully stocked the place with fruits and vegetables. His fiancee — she’s from China — convinced him to eat raw garlic to boost his immune system.

Cotton tells us after the quarantine period he and his fiancee wanted to come to the U.S. … but there was a big problem. She can’t get a U.S. visa because of the outbreak, so she had to return to China. What’s worse … she’s been told she may not get a visa for 2 years.

So, he made his way to Tokyo, where he boarded an ANA jumbo jet to take him home to L.A., leaving his fiancee far, far away.

Which now brings us to Danny’s bodysuit. He spent 14 hours looking more like Walter White than a big wig in the world of hip-hop.