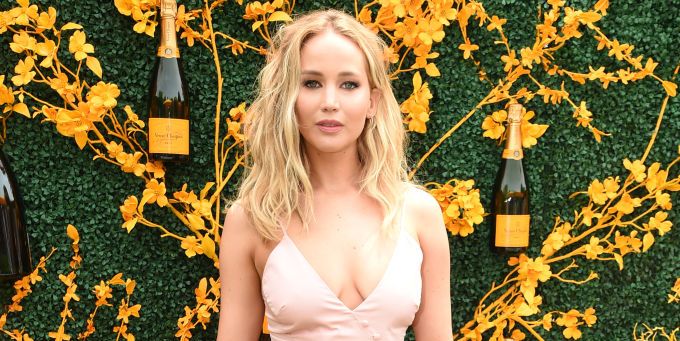 It’s official! Jennifer Lawrence and Cooke Maroney are married. Lawrence wore a Dior gown for the occasion, where she said “I do” in front of an A-list guest list. According to People, Amy Schumer, Emma Stone, Bradley Cooper, Ashley Olsen, Adele, Kris Jenner, Sienna Miller, and Cameron Diaz attended the wedding and reception at the Belcourt estate in Newport, Rhode Island.

Adele, Jenner, and Miller were photographed arriving in Rhode Island on Friday for the rehearsal dinner, where Lawrence and Maroney hosted a clam bake on Rose Island.

Lawrence has been private about her personal life, especially her relationship with Maroney, whom she’s been dating since June 2018. A rep for the actress then confirmed that the couple were engaged this past February after Lawrence was photographed with a sizable ring on that finger.

She briefly opened up about her relationship with Catt Sadler during a podcast appearance this past June, saying that she wasn’t necessarily looking to get married when she met her future husband.

She added that Maroney is her “best friend” and the commitment felt right.

“I want to legally bind him to me forever,” she added. “And fortunately the paperwork exists for such a thing. You find your favorite person on the planet and you’re like, ‘You can’t leave!’”