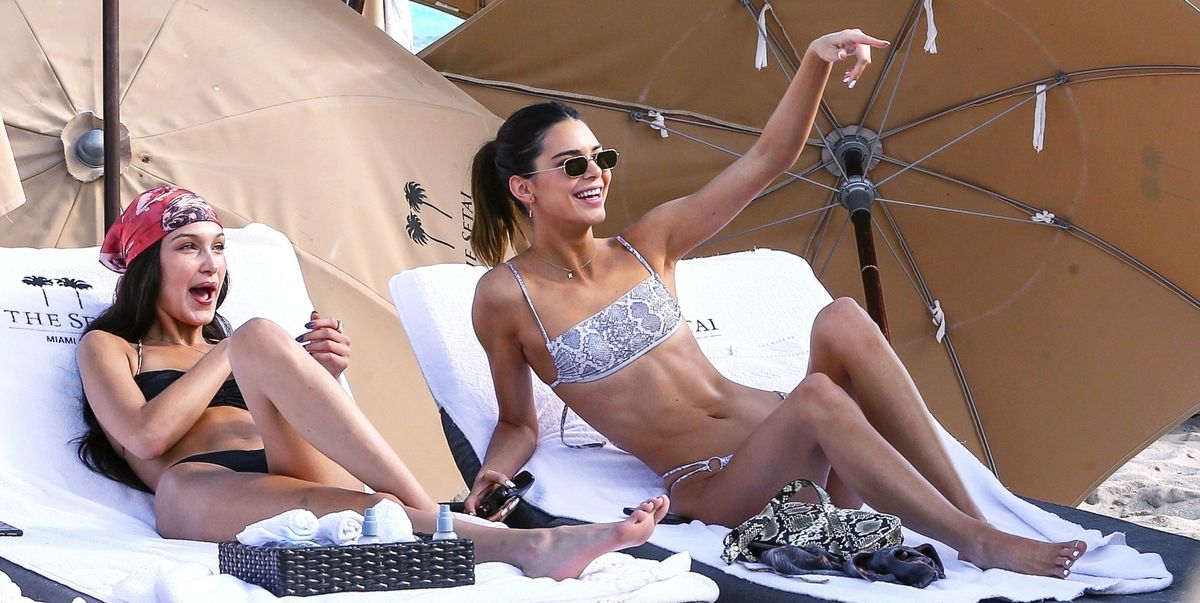 Most Americans are back in offices and schools after the Thanksgiving holiday. Some have survived winter 2019’s first snowfall. Bella Hadid and Kendall Jenner are spending their afternoons on the warm, sunny Miami beach. It’s kind of for work: The models are in town for Art Basel, and paparazzi photographed them today looking rich and thrilled on the beach.

Hadid now has hair extensions, showcasing her long brown hair underneath a red bandana. Jenner, on the other hand, kept her black hair in a ponytail. A minimum of three umbrellas kept them covered.

Jenner gave one of her last big interviews to ELLE.com this September during New York Fashion Week. She didn’t walk any New York shows, but she did open up about overcoming anxiety for the ones she does walk.

“I used to get really nervous during fashion shows,” she said backstage at the Longchamp spring/summer 2020 show. “I feel like when you’re walking on the runway—I say this from experience—you’re just thinking, ‘Walk straight! Walk straight!—and you try to just focus on that. Especially me, because I used to get really nervous when I knew people in the audience. I would try and force myself to zone out. But now, I’m cool with it—I’ve actually gotten so much better at it that I like knowing who’s there, and I’ll kind of peek over to see who’s in the audience before I come out. But it took a little while to get to that point.”