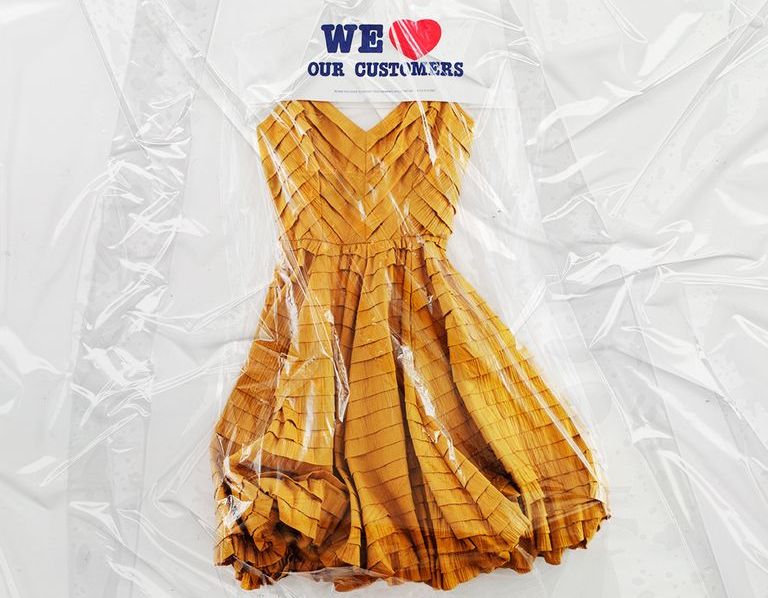 For the millions of converts to clothing rental platforms like Rent the Runway, Le Tote and Gwynnie Bee, trying out the latest trends without destroying the planet is a big part of the allure. I recently leased a gold sequin skirt and a ruffled red dress for date night—the kind of wear-it-once styles documented on Instagram and then tossed out—without any of the guilt I feel when buying fast fashion, which is notorious for its water pollution, labor abuses and textile waste.

Over the summer, Urban Outfitters, Macy’s, Banana Republic, American Eagle, and Bloomingdale’s announced their own rental subscription services, which industry analysts clocked as a bid to appeal to conscious consumers. And in a sign of just how lucrative renting clothes has become, Le Tote is set to acquire former retail giant Lord & Taylor. But as rental fashion becomes big business, it’s worth asking: Just how sustainable is constantly borrowing clothes?

The short answer, according to the half-dozen sustainability experts I spoke to for this story, is that we don’t exactly know. Despite some rental platforms advertising themselves as inherently green, there has yet to be an in-depth environmental study of their operations. And yet experts have spotted a number of environmental pitfalls in the business model, from the proliferation of energy-consuming dry cleaning facilities to carbon-spewing deliveries and returns.

Every sequin skirt borrowed must be returned, which means the shipping impact of leasing your wardrobe could be neck-and-neck with that of a fast fashion shopper. Transportation is now the top source of carbon dioxide emissions in the United States, and online shopping is partly to blame. A quarter of this footprint comes from trucks doing “last-mile deliveries,” taking packages ordered online from a warehouse to your front door. And second only to manufacturing our clothes, consumer transportation has the largest footprint of our fashion habit, according to some studies.

There are ways to whittle emissions out of delivery routes, including putting warehouses closer to renters and grouping returns together (or buying a fleet of electric trucks, a la Amazon). But for now “the returns and transportation activities just of moving all these clothes will definitely be higher than just regular delivery of fast fashion clothing,” says Josué Velázquez-Martínez, the executive director of MIT’s Supply Chain Management master’s program and Sustainable Logistics Initiative.

According to his rough estimates, an item ordered online and then returned can emit 20 kilograms (44 pounds) of carbon each way, and spirals up to 50 kilograms for rush shipping. By comparison, the carbon impact of a pair of jeans purchased outright (presumably from a brick and mortar store) and washed and worn at home is 33.4 kilograms, according to a 2015 study commissioned by Levi’s.

Most rental services ship in cardboard boxes, which have a shockingly low recycling rate.

What’s more, borrowed clothes often come wrapped up like new, contributing to packaging waste. Most rental services ship in cardboard boxes, which have a shockingly low recycling rate and require energy and water when they are. Then there’s the tissue paper that isn’t recyclable. Plus returns are sent back in a plastic bag. Rent the Runway is doing a better job than many competitors on the packaging front, shipping in custom reusable garment bags and hangers, though every item inside is wrapped in a plastic dry cleaning bag. The company recycles these for its customers, but, as Velázquez-Martínez points out, not all plastic is utilized in the recycling progress.

What About the Dry Cleaning?

For avid renters, free laundry is one of the perks. Rent the Runway often boasts that it’s the nation’s largest dry cleaner, and the company opened a second, 300,000-square-foot facility in Arlington, Texas last July. But the way we clean our clothes has a major environmental impact, even at home: Americans emit 40 million metric tons of carbon dioxide equivalents each year in high-heat tumble dryers, about the same amount of carbon emitted by e-commerce giant Amazon.

While we don’t know the aggregate effect of the dry cleaning industry, we do know that dry cleaning requires more energy than our own laundry rooms, and that industrial dry cleaning facilities are packed with all sorts of energy-consuming equipment, from steamers and pressers to temperature-controlled storage. Rented outfits might be washed regardless of whether or not they’ve been worn, and services like Rent the Runway have the power to tip our fashion choices towards fussy, dry-clean-only items we would avoid if we were washing them ourselves.

All of the major rental services deserve credit for avoiding perchloroethylene, a dry cleaning solvent that’s carcinogenic, classified as a toxic air pollutant by the EPA, and still used by 70% of the nation’s dry cleaners, according Steve Whittaker, a toxicologist with the Seattle-based Hazardous Waste Management Program. But Whittaker is also quick to note that the hydrocarbon alternatives (also called “petroleum-based” solvents) used by most rental platforms are not exactly green. They can produce hazardous waste and air pollution if not handled correctly, and they’re often paired with stain removers that are more toxic than the solvents themselves. “There is no such thing as non-hazardous dry cleaning,” he says.

Rentable fashion contains the environmental risk that it will increase our appetite for clothes.

There is no evidence that hydrocarbon solvents are harmful to renters or that they remain on our borrowed outfits at harmful amounts. Still, Whittaker says that the far more sustainable option is “wet cleaning,” essentially a souped-up version of home laundering that uses gentle soaps and water and is safe for most dry-clean-only clothes. Le Tote is the one rental company that confirmed it uses wet cleaning for 80 percent of its inventory, and mostly relies on biodegradable detergents. “Whenever we can avoid dry cleaning, we avoid it,” says Reshma Russell, the company’s director of quality assurance and process improvement. The wet cleaning process, the company claims, also uses less water and electricity than our own machines.

The Light at the Bottom of the Reusable Bag

As someone who has reported on the devastating impacts of fast fashion, I remain convinced that renting is a step in the right direction, and an urgently needed one. Most of the researchers I spoke to agree. Velázquez-Martínez says that he thinks that even the most avid renter is greener than a fast fashion shopper. (He is having his students study the impacts of leasing fashion this semester, which may tell us conclusively.)

The reason for my confidence? Fashion’s biggest environmental crime lies in overproduction. Of the 3.3 billion tons of CO2 equivalents generated by the apparel industry every year, the majority are emitted while making more clothes, clothes that mostly end up in landfills long before their useful lives are over. Reducing the impact of industry is the most challenging part of tackling climate change; sharing clothes through rental platforms presents a simple and obvious solution.

Maureen Sullivan, chief operating officer of Rent the Runway, says via email,“The shared economy is now being widely adopted—both among our community and across the industry—reinforcing the power of the model as an enduring behavior and an inherently more sustainable way to live.” Renting is not inherently sustainable, as I’ve pointed out. But rental platforms could be far greener than they are, investing in renewable energy for warehouses, reducing packaging waste, and switching to wet cleaning wherever possible. Shoppers, meanwhile, can do their part to not turn rental services into fast fashion with a toxic dry cleaning habit. Sharing fashion, unlike fast fashion, can be as green as consumers and rental companies want it to be.

But rentable fashion contains one more environmental risk: that it will increase our appetite for clothes. Fashion rental platforms that own the clothes in circulation differ from true sharing economy platforms like, say, Airbnb or closet-swapping app Tulerie, where users own the inventory. According to Steven Curtis, aresearcher at Sweden’s Lund University, companies like Rent the Runway are better described as access-based consumption platforms. This isn’t just petty semantics: “Research suggests that access-based consumption can induce more consumption as consumers have access to a greater selection of goods at a reduced price,” says Curtis. It’s called “share-washing.” Uber, for example, advertised itself as a way to share rides and curb car ownership; instead, it has been proven to discourage walking, bicycling, and public transportation use.

It remains to be seen whether the rise of rental companies persuades the few remaining non-fast fashion shoppers to start dressing less sustainably, dabbling in every (increasingly short-lived) trend. All of the researchers I spoke to agreed on one thing: Wearing what’s already in your closet is the most sustainable way to get dressed.