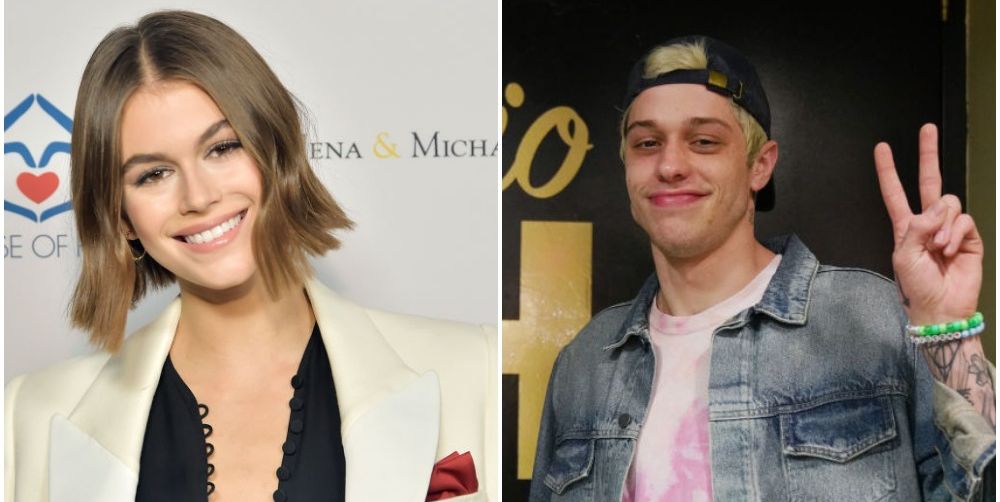 Pete Davidson and Kaia Gerber are already publicly hot and heavy. On Saturday, they were seen kissing by the pool in Miami—and even teasing the camera a bit with some tongue action. Turns out, they were doing a lot more than getting in some pool time in Florida.

They were in Miami to attend the wedding of a friend, E! reports. Gerber wore a blue polka-dot dress that E! says is likely from Reformation, while Davidson joined her in a dapper suit. Gerber paired her look with a bright orange purse and black heels.

Davidson and Gerber don’t seem to be hiding their relationship in the shadows. They were seen out in New York City for a casual date night, and last Saturday, they went to the Saturday Night Live cast party together. Gerber reportedly bought Davidson a confetti cake from Magnolia Bakery that said “Happy birthday, Pete” in pink frosting.

Since he and Ariana Grande split last year, Davidson has been making movies romantically. Davidson and Once Upon a Star star Margaret Qualley broke up in October after a whirlwind romance. It was a quick blip of a relationship, and Qualley’s mother, actress Andie MacDowell told People in September that she didn’t want to interfere too much in the relationship.