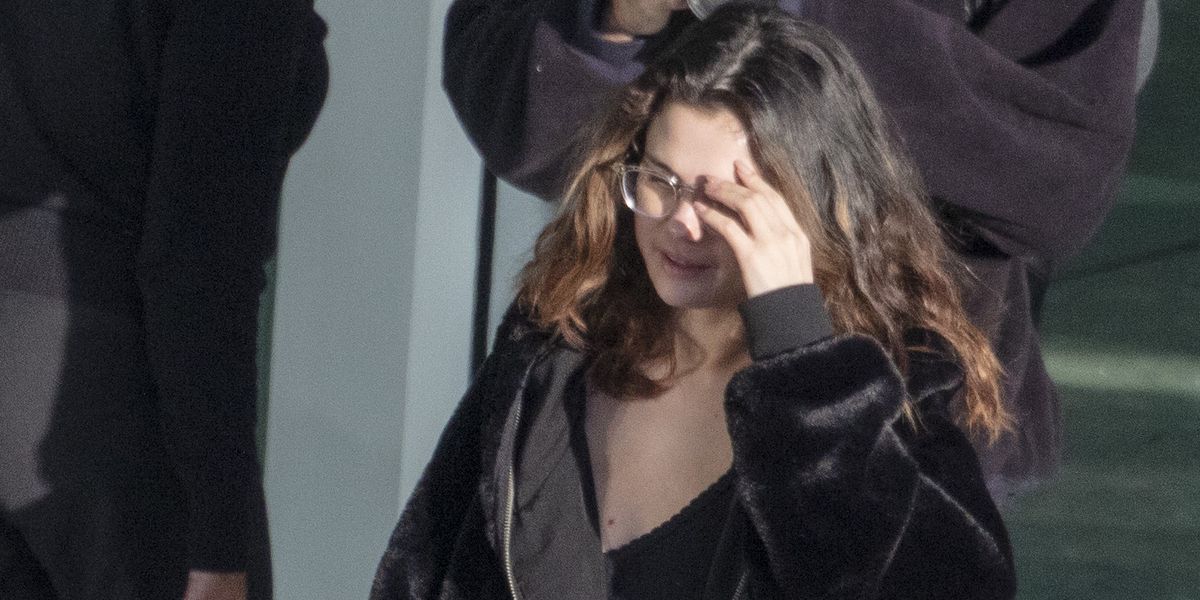 Selena Gomez started out the holiday season with a trip to London, where her good friend Taylor Swift reportedly spent the holiday. The singer was photographed arriving at London’s Heathrow Airport today wearing glasses, a velvety black jacket, a black top and pants, and matching black shoes. Her only pop of color was a surprise accessory—her white unicorn duffle bag. Gomez wore her hair down and went makeup free.

This, of course, isn’t Gomez’s first time incorporating a unicorn into a street style look. She was photographed out in Los Angeles in a unicorn Coach sweater in August 2017.

Gomez’s London arrival on December 2 sparked rumors that she’d attend the British Fashion Awards that evening. She did not, though she did attend in 2017—back when she was briefly blonde—with Stuart Vevers and Coach.

Selena Gomez at the British Fashion Awards in 2017.

Gomez’s London trip comes after the singer had a quiet Thanksgiving off of social media. Her last big event was the American Music Awards at the end of November, where she wore a staggering five outfits and performed her two new singles “Lose You to Love Me” and “Look at Her Now” live for the first time.

Gomez spoke to her friend Raquelle Stevens about how she approaches red carpets differently now for her mental health in a Giving Back Generation interview that came out last month. “I’m very happy with living my life,” she started. “We were talking about it earlier, being in the present because that’s it. Similar to me posting a photo [on Instagram] then walking away [and not looking at comments or its performance], for me that’s it. I’ll do a red carpet, I’ll do whatever, I don’t need to see it. I did it. I participated. I felt wonderful and that’s where the extent of it is. I don’t care to expose myself to everyone and hear what they have to say about it.”