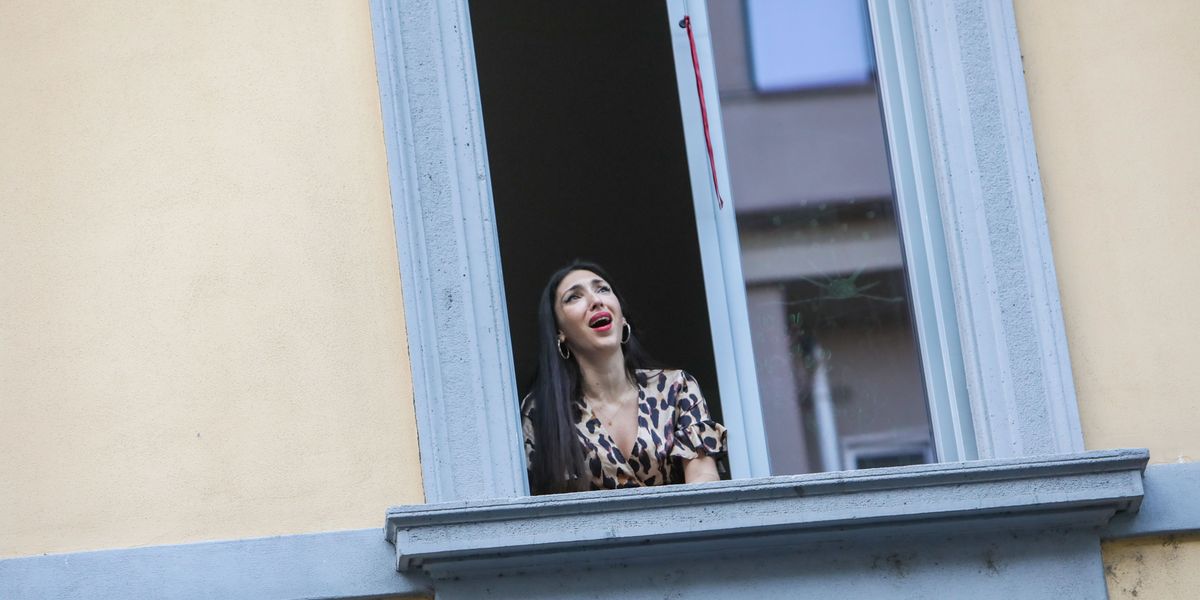 Italy has been hit hard with COVID-19. As of Thursday, the New York Times reported 17,000-plus cases in the country, with more than 13,000 of those cases cropping up in the past week. While people all over the country are in isolation in their homes, they are finding ways to keep each other in good spirits: singing.

This week, Italians have been posting videos on Twitter of neighbors across the country consoling each other with song, some patriotic, others pop favorites, from their balconies.

One Twitter user wrote: “Italians in lockdown all over Italy are keeping each other company by singing, dancing and playing music from the balconies. A thread to celebrate the resilience of ordinary people. This is Salerno.”

And there are more.

Here’s a video from Naples:

Here’s one out of Siena:

The macarena always comes in handy:

Here’s another from someone who clearly likes the song “I Love You Baby”:

The singing began after Italy’s prime minister, Giuseppe Conte, announced severe restrictions to aim to control the virus and keep it from spreading further. At the time of Conte’s announcements on March 9, the death toll in the country had climbed to 463 people; overwhelmingly these numbers were elderly or sick residents.

People who need to travel the country for work, health, or extenuating circumstances need permission to do so, per the restrictions, the Times reported. Per The Guardian, Italians have also been trying to spread their slogan or reassurance, “Andrà tutto bene,”which means “everything will be alright.”

These spirit-lifting efforts in Italy are similar to those in China, where people have shouted the phrase “jiāyóu” from their balconies. The phrase translates literally as “add oil” and means “keep up the fight.”

There’s your reason to smile today.