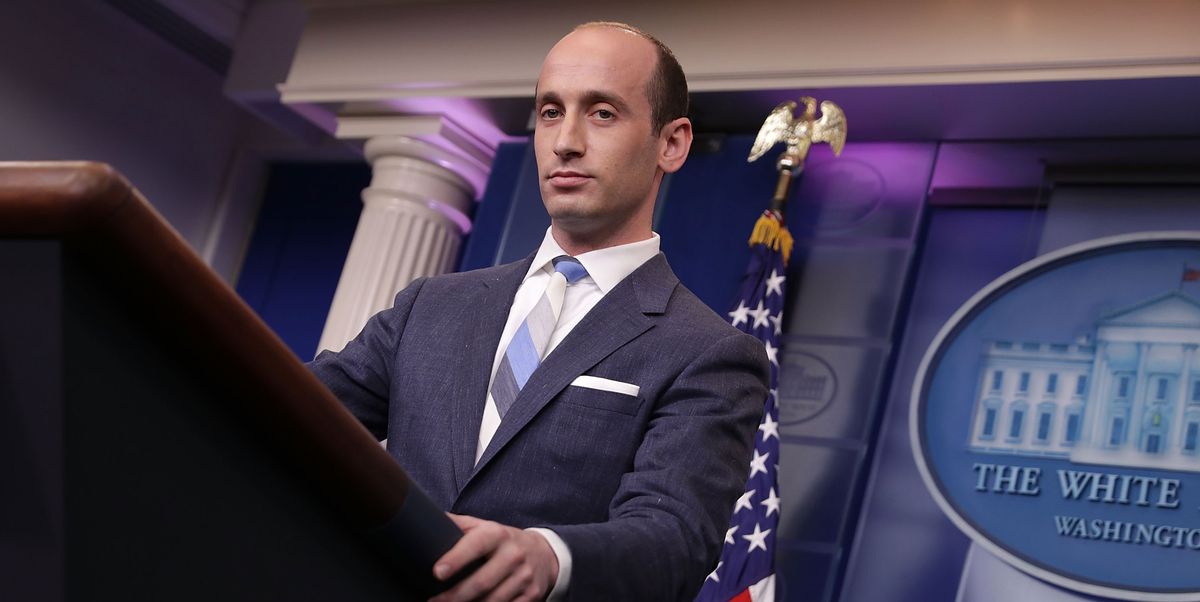 Katie Rose Waldman is a poster child for Trump’s America. While the 28-year-old served as the communications director for Senator Martha McSally (R-AZ), she left in October to work as Vice President Mike Pence’s new press secretary. Below, what you need to know—but maybe didn’t want to know—about Waldman.

As mentioned, Waldman replaced Alyssa Farah as Pence’s new press secretary as of October 1. (Farah left to be a spokesperson at the Department of Defense.) According to NBC, Marc Short, Pence’s chief of staff, said of Waldman: “She’s got extensive experience and she’ll be a great fit in our office. She’s shown she has the mettle to handle intense environments.”

What does he mean exactly? Well, Waldman also used to work as the deputy press secretary at the Department of Homeland Security. While there, she defended the Trump administration’s “zero tolerance” policy, which led to the separation of migrant families at the border.

Once, when U.S. border protection agents fired tear gas at people trying to cross the border, Waldman described the migrants as a “violent mob.” The Associated Press reported that Waldman said, “Once again we have had a violent mob of migrants attempt to enter the United States illegally by attacking our agents with projectiles. The agents involved should be applauded for handling the situation with no reported injuries to the attackers.”

Then in December, Todd Breasseale, who worked for the Department of Homeland Security during the Obama administration, revealed that Waldman posted on her private Instagram that she’s now engaged to Miller.

The two got married in February 2020, holding their wedding at Trump International Hotel in Washington D.C. (And yes, President Trump attended.)

Waldman tweeted a few photos from the wedding, including one with an Elvis impersonator, and wrote, “The most perfect day, the most perfect man surrounded with more love than we both could have ever dreamed.”

In the announcement about their wedding, the New York Times reported that they were “introduced by mutual friends on a Friday in spring 2018 and were engaged about a year and a half later.”

According to Jezebel, when Waldman was a student at the University of Florida in 2012, she was caught throwing away hundreds of copies of the student newspaper the night before student government elections. The front page of said newspaper had a story about how the head football coach was endorsing a candidate from the party opposing Waldman’s party.

One can only hope that in her role as press secretary, Waldman can further her longstanding respect for the importance of unbiased media and free speech.