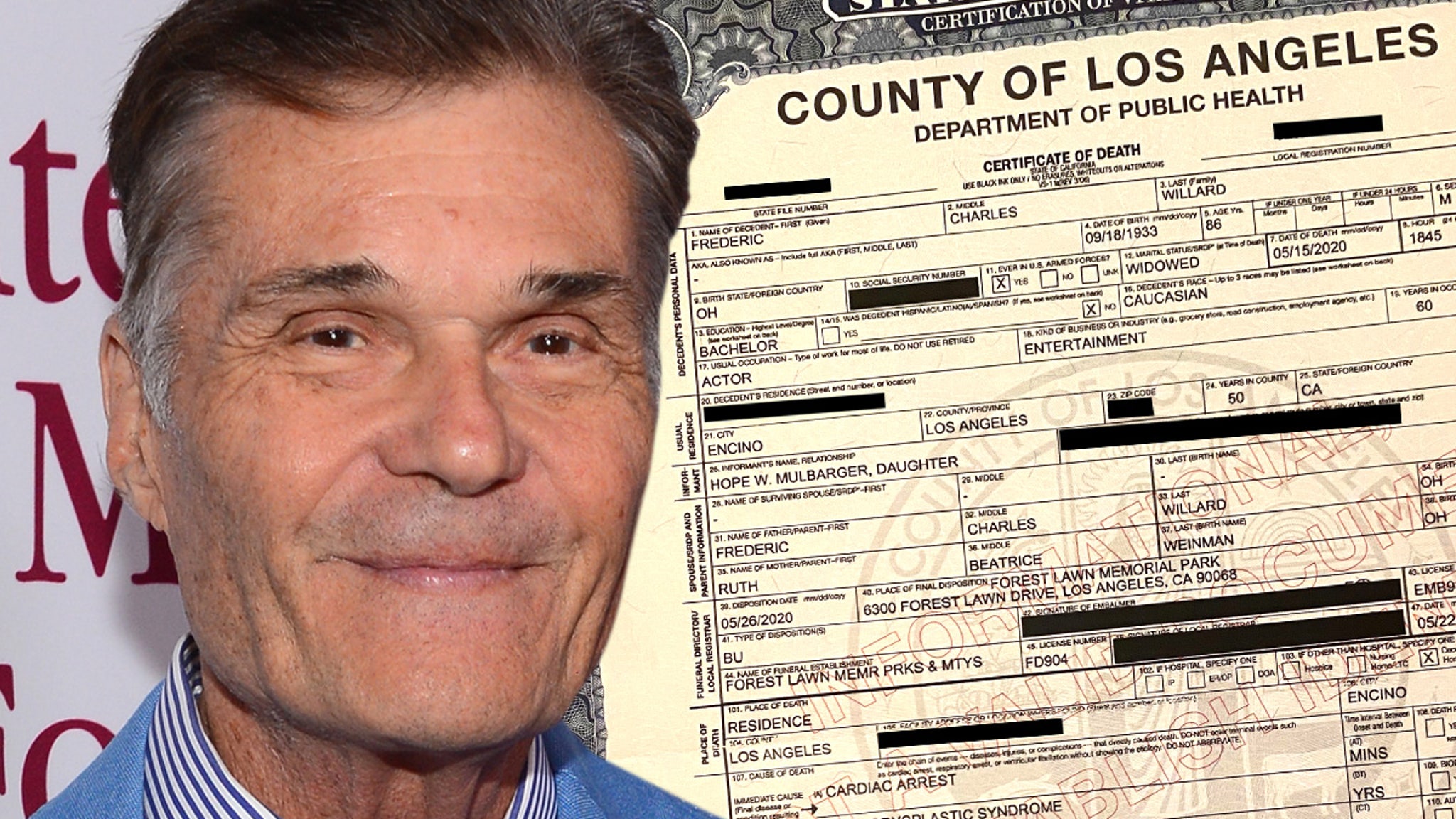 Fred Willard died from a heart attack … according to his death certificate.

According to the doc, obtained by TMZ, the veteran comedic actor’s immediate cause of death is a cardiac arrest. The underlying causes are listed as myelodysplastic syndrome and coronary artery disease.

We broke the story … Fred died May 15, and his daughter Hope told us her father passed away peacefully and made his family “happy until the very end.” The doc says he died at his home at 6:45 PM.

The death certificate also notes Fred was a veteran of the United States Armed Forces and had 60 years in the entertainment biz, and it says he was laid to rest at the famous Forest Lawn Memorial Park in Los Angeles.

As we reported, at the time of his death, Fred’s family said … “He kept moving, working and making us happy until the very end. We loved him so very much. We will miss him forever.”

Fred was famous for his role as Ron Burgundy’s news director in the ‘Anchorman’ movies and he starred in countless cult comedies throughout his career, including … “American Wedding,” “Harold & Kumar Go to White Castle,” “How High,” “The Wedding Planner,” “WALL-E,” “Austin Powers: The Spy Who Shagged Me” and on and on.