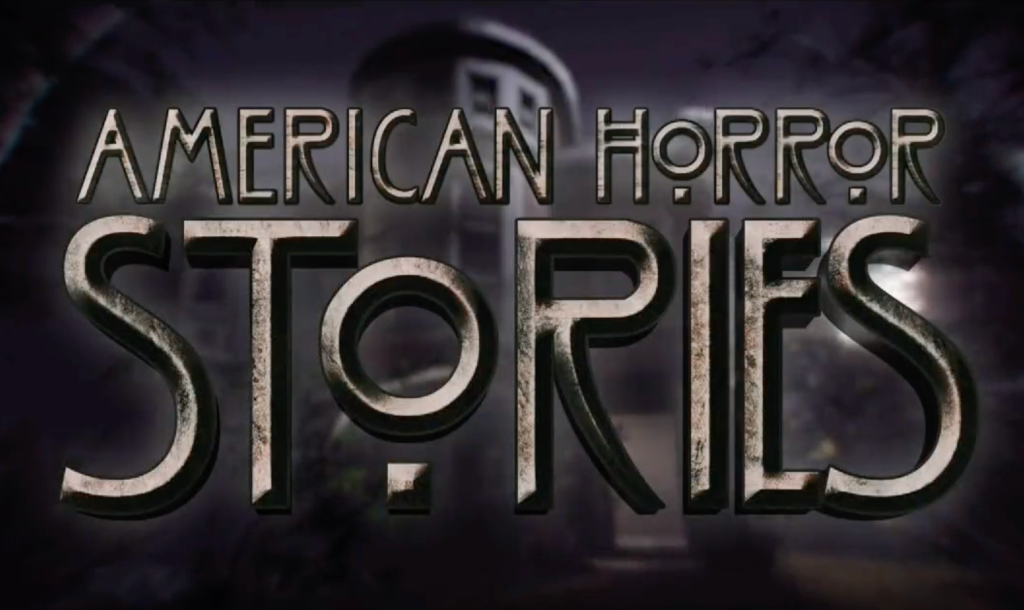 In the final installment of American Horror Stories‘ first Season, the sprawling reach of Ryan Murphy and Brad Falchuk’s original franchise comes to the gaming world.

In “Game Over,” the meta season ender, all roads lead back to the Murder House, which once again entices a couple looking to start a new chapter. Noah Cyrus’s Connie and Adam Hagenbuch’s Dylan are a couple of thrill-seekers and self-proclaimed “huge American Horror Story fans” who booked a stay at the newly-converted Airbnb. After settling in, they venture around the house.

The opening scene is rife with callbacks to the original series and to the first chapters of American Horror Stories itself.

The Infantata returns with Piggy Man to haunt and slaughter the couple. It’s a treat for AHS fans as Twisty the Clown, Jamie Brewer’s Adelaide Langdon and more chase Connie and eventually kill her. Just when it seems that the episode is about to come to an end, the camera zooms out and unveils that the previous scenes were just part of an in-the-works video game,” Escape From Murder House,” inspired by almost the entirety of the AHS franchise.

The developer (Mercedes Mason), Michelle, and her AHS super-fan son Rory (Nicolas Bechtel) argue over how true the game adaptation is to the flagship series. Michelle sees her game as a way to grow closer to her son.

Before they can reach a solution to their differences, Rory leaves for his Dad’s, giving Michelle the opportunity to improve the game to her son’s liking. Her research takes her to the video game namesake, where she meets with Tim, a realtor (Tom Lenk), to purchase the iconic home.

“I am going to make you reveal all your secrets to me,” she tells the house.

Michelle heads over to her husband’s to tell Rory that she will supposedly go to a convention to meet the writers and creators of Murder House, but instead returns to her new abode down the street. However, it’s Halloween and Michelle is oblivious to the fact that it’s the one night the dead can walk among the living.

She now lives the horrors that inhabit her game and comes across some of the series’ original characters, including Dylan McDermott’s Dr. Ben Harmon, who rehashes his woes and encourages her to do the same.

She also comes across even more Murder Hose spirits, including Kaia Gerber’s Ruby, who are skeptical about her efforts to “get the vibe” right for her game. Ruby, joined by non-ghost girlfriend Scarlett (Sierra McKormick), quickly turns hostile and chases Michelle down for sport. Ben tries to help the new resident escape, but not before Ruby stabs her in the stomach, cursing her to live in the Murder House with the rest of them.

Next Halloween, Michelle finds Rory and justifies her death.

“I just wanted to build something for us, do something that makes you proud,” she said.

Rory, scorned by his mother’s decision, suggests that she try to get rid of the house and its inhabitants with fire. Despite his mother’s warning to stay away from the iconic home, Rory takes matters into his own hands and heads to the Murder House with a wagon filled with gas, much to Ruby’s dismay, but other spirits’ delight.

Rory lights a match that sets the house ablaze, finally putting the Murder House and its ghosts to rest. While it’s a tragic moment for Scarlett and Ruby, it’s a celebration for the trapped spirits, including Ben.

The finale then follows Scarlett as she meets with Tim the realtor to check out a luxury $1,000,000 unit built over the iconic Los Angeles home. Tim says he believes that the fire purified all the sinister energy and the spirits have since moved on. Now “semiretired” from her assassin job, Scarlett agrees to buy the unit.

The house, however, isn’t as empty as Tim thought, as Ruby appears to surprise her girlfriend. Just when it seems like the happy ending for the episode, the camera once again pulls away for yet another meta moment to return to Michelle and Rory in real time. It turns out Michelle never died and the Murder House wan’t burnt to a crisp. Instead  the events were developed into “Escape the Murder House 2.0,” a new version of the game that Rory seems to enjoy more.