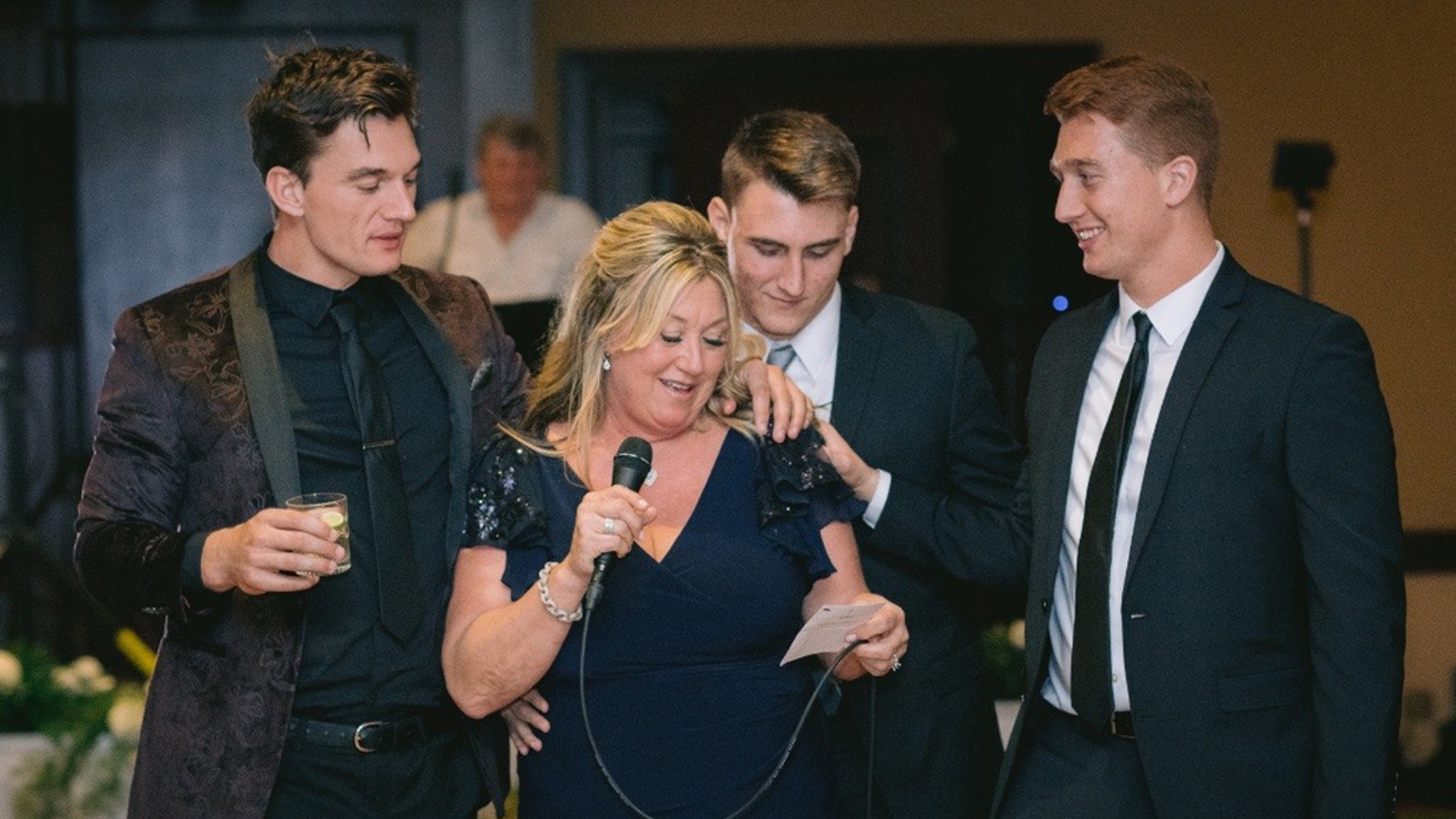 Tyler Cameron‘s family wants to honor their late mother by starting a foundation in her honor … and they’re hoping to seed the organization with some crowdfunding.

The ‘Bachelorette’ star’s brother launched a GoFundMe campaign just days after their mother, Andrea Hermann Cameron, died of a brain aneurysm at a hospital in Jupiter, Florida. She was rushed to a hospital after suffering the aneurysm, and died 2 days later.

Tyler’s brother, Austin, says, “We feel compelled to honor our mother. We are developing a charitable foundation so that she can continue to impact others as she has always done.”

He went on to say, “We feel this is the best way to continue her legacy of giving.” Andrea regularly volunteered with multiple charity groups, and visited retirement homes to deliver presents around the holidays.

The campaign‘s goal is to raise $20,000. It’s nearly halfway there after just one day.

As we reported … Tyler was seen distraught in the wake of his mom’s sudden passing.

The day after she died, Tyler posted a heartfelt tribute … a photo of him and his 2 brothers holding her hand — apparently in the hospital — saying, “Heaven gained an angel.”

All About Pretty Little Liars: Original Sin, HBO Max’s Reboot
Days of Our Lives Round Table: Is Ciara Still Alive?
‘The Glorias’ Makes Timely Debut, ‘Save Yourselves!’ Takes On The Apocalypse – Specialty Preview
5 Reasons Why Now Would Be The Perfect Time To Release Tenet On VOD
Is Laser Resurfacing Actually Good For Your Skin?