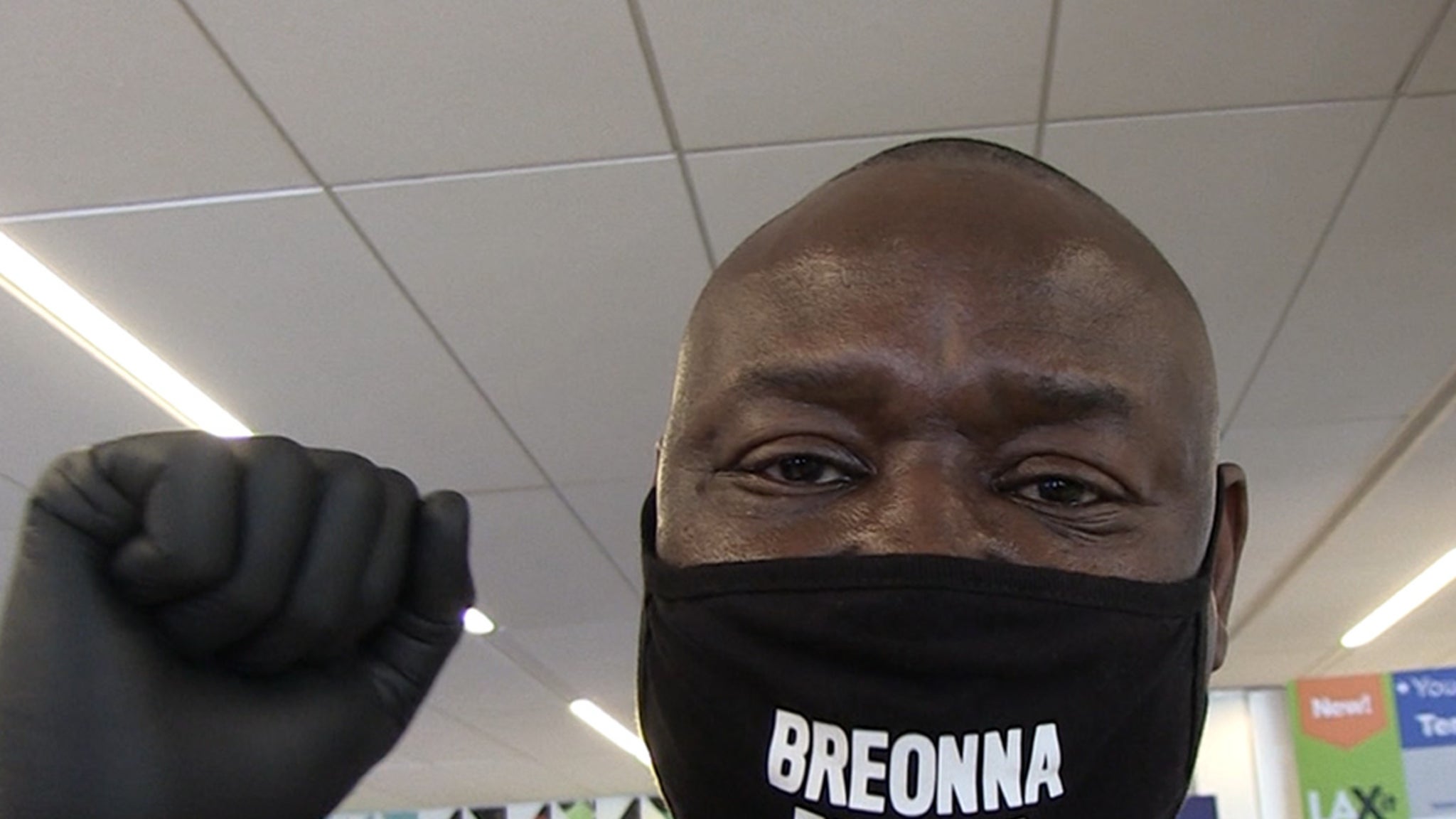 The civil rights lawyer was at LAX Monday, sporting a Breonna mask himself, when he lauded the “Watchmen” star and all the other celebs who used their very public platforms at the 2020 Emmys to remind everyone … justice still hasn’t been served.

Crump tells us what Regina and others did keeps Black victims’ stories from being swept under the rug. He also said the gesture — also made by Uzo Aduba during her acceptance — reminds him of something the iconic Harry Belafonte once said about how and when to use your influence.

Ben added, the continued public support for justice for Breonna keeps him hopeful the cops who killed her will soon be charged.

As we’ve reported … no criminal charges have been brought in the case of Breonna’s death, but the City of Louisville did reach a settlement last week with her estate. Louisville will pay out a historic amount of money, and also pledged major police reforms.

Kentucky Attorney General Daniel Cameron has yet to announce if any of the officers involved will face criminal, but they’re bracing for it to come soon. The Louisville Metro Chief of Police declared a state of emergency Monday afternoon in anticipation of Cameron’s announcement.