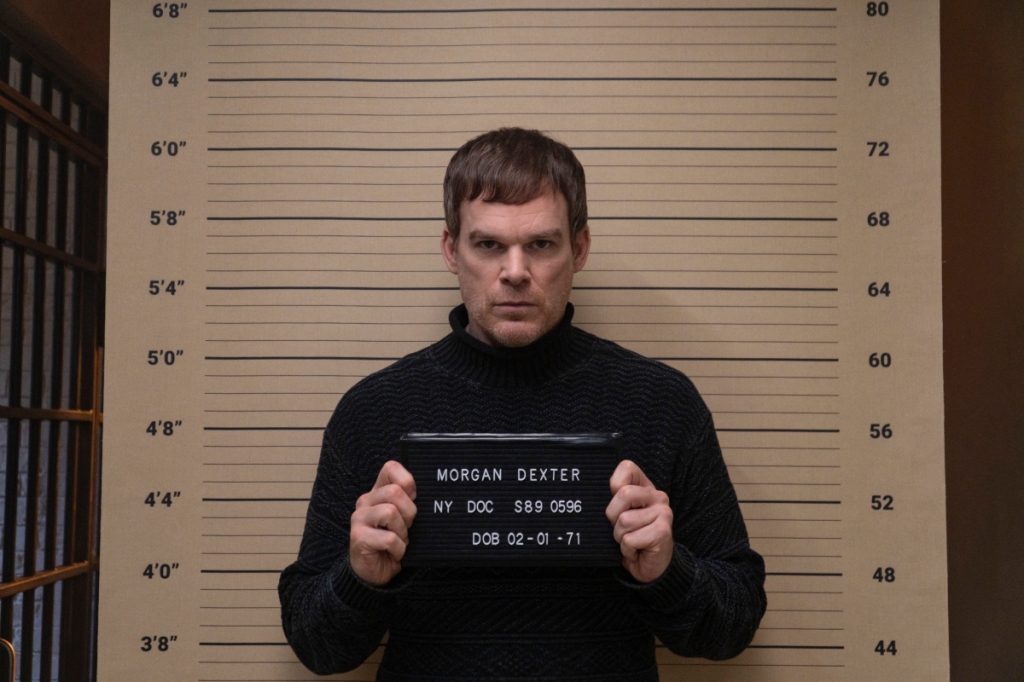 When Clyde Phillips met with Michael C. Hall about returning to the role of Dexter Morgan in what would become Dexter: New Blood, he already knew the serial killer’s life would end.

Hall signed up without hesitation.

Fans of the hit Showtime series Dexter, which ran from 2006 to 2013 for 8 seasons, rejoined the former Miami Metro blood spatter analyst —now known by the alias Jim Lindsay—have enthusiastically tuned in to watch his final adventure unfold. And although that journey has now come to an end with his shocking death, the beloved franchise may continue to expand with a little help from his progeny, Harrison Morgan (Jack Alcott).

Phillips spoke to Deadline about whether death was the only conclusion on the table for Dexter, the status of a possible continuation, and what happens to Chief Angela Bishop (Julia Jones) after the show ends.

DEADLINE: Did Dexter have to die at the end of New Blood or did you have other ideas?

So early on when I went to go and speak with Michael, it was about two and a half years ago in early July 2019, I told him my ideas. We met after I received a call from Showtime president Gary Levine who told me they were interested in revisiting this. Michael gave me a big hug and told me, “I’m in.” He knew how this would end.

How do you feel New Blood completed Dexter’s story?

How often does a show get to do a second finale? I think the answer is never. With the bad taste that the original finale left in everybody’s mouth, we had this rare opportunity to redeem the show and to give the audience the respect it deserves, the authenticity it deserves, and the gratitude for sticking with us. The numbers have been exploding for Showtime, I think we’re their no. 1 asset. I’m so humbled by that.

Knowing how strongly fans feel about this series, there will be some who will hate the finality that Dexter’s death will bring. What do you say to that?

Well, it’s interesting. You should know that I lurk a lot on social media. Maybe I have too much time on my hands? [Laughs] But everyone has a different sort of opinion. Some people say the end of season 8 was great. Some people said it’s the worst thing they’ve ever seen. Some people have guessed exactly what’s going to happen. Some people think that Harrison isn’t really Harrison and that the person we see killed the real Harrison. Some people think Harrison killed Hannah [Yvonne Strahovski]. There’s got to be a panoply of opinions. So I just can’t take it personally. We’re ready for anything.

Dexter is shot by Harrison and he is bleeding out but the viewer doesn’t see he’s definitely dead. Can you confirm so there is no doubt left?

I have three words for you: Dexter is dead. I wouldn’t do that to the audience. It would be dishonest. Here, there is no question that this is the finale of Dexter. Dexter is dead.

Harrison shared parts of his life in New Blood but there’s still so much we don’t know about him. Do you want to tell more of it in a continuation?

As I mentioned, this show is a huge asset. When people start bingeing this after the finale, I’m confident the numbers will continue to go up. It’s up to Showtime to make the call to me if they want more. If they ask me if I’d like to make a continuation of this, I would say yes. I have a lot of things going on but I would drop everything for this and say yes in one second.

Harrison is such a complicated character and he has within him the seeds of the dark passenger. He’s capable. Look at that takedown of Dexter in the end, what’s in Harrison is that he has to kill this man.

Also, Harrison brings a different perspective to the vigilantism of it all than Dexter did, which was kind of surprising to Dexter. He brings this youthful, optimistic innocence, that he and his dad are basically Batman and Robin. Think of every time we take out one of these bad guys how many lives we’re saving, that this bad person is not going to kill. Dexter never thought of that. Dexter was only taking out bad guys because that was his code.

Harrison helps Dexter realize he has become the evil he wanted to rid the world of. How does that help Dexter accept his fate?

Yes. He helps him see that he is a villain. When Harrison yells at Dexter and tells him, “Open your eyes and see what you’ve done.” He has those flashbacks of all the innocent people he killed like Doakes (Erik King), Deb (Jennifer Carpenter), and LaGuerta (Luna Lauren Velez). People who, if Dexter wasn’t who he was, would still be alive. He’s talking to an addict, basically.

Harrison could’ve done a number of things. And Dexter was either going to get shot in the front or in the back.

When Dexter says, “I’ve never felt real love until now,” that’s a huge breakthrough. Remember when he tells Deb in the second season that if he were capable of love, she would be the one. But now he is capable of love. She was his step-sister, this is his son. It’s a real awakening for him. He gives Harrison permission and tells him where to shoot him. With his dying breath after he’s shot he says, “You did good.” It’s absolution for what Harrison’s done.

And Deb is right there.

Yes. Originally, I had written that scene to show Dexter pulling his hand away from Deb. But Jennifer said while we shooting, “What if I pull my hand away and release him?” That’s what we ended up using. It was much more powerful.

What can you tease about Angela and Harrison’s lives after the episode ends?

With Harrison, we don’t know. But with Angela, if you recall, she calls in an officer-involved shooting. She’s going to say that she had to take out Dexter because there’s lots of evidence he murdered Logan (Alano Miller) and because Dexter is the Bay Harbor Butcher. And Dexter probably killed Matt (Steve M. Robertson), though she’s not sure she can prove that.

I think Angela’s decision to let Harrison go was born of the horror that she had just witnessed. Her whole life has been this missing persons board and now all these women are dead. She needed humanity and maybe for maternal instinct to take over for justice—just this one moment of grace.

Let’s not forget, this was her lover. She trusted this guy and she could’ve been another victim.

Dexter: New Blood is available to stream in its entirety via Showtime’s app now.