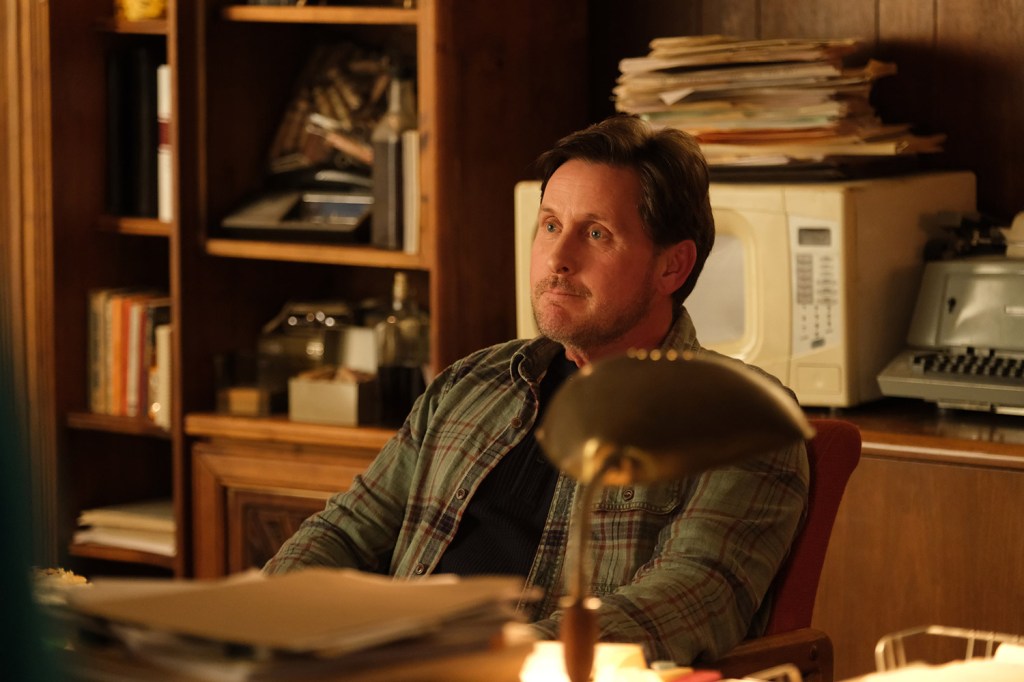 EXCLUSIVE: Mighty Ducks franchise star Emilio Estevez is speaking out about the circumstances surrounding his departure from Disney+’s series Mighty Ducks: Game Changers ahead of its second season.

In the lengthy response to Deadline’s November 5 story about Estevez not returning to the hockey-themed series (you can read the statement in its entirety below), the actor says that the exit was a result of “nothing more than a good old fashioned contract dispute” as well as “a myriad of creative differences.” He shares his personal experience with Covid-19, revealing that he “suffered the summer and fall of 2020 from what we now know as ‘Long Haul Syndrome’ ” after first becoming symptomatic at the end of shooting the pilot for Mighty Ducks: Game Changers despite taking precautious. He also speaks about filming Season 1 last fall with Covid protocols.

Estevez makes his position on Covid vaccinations clear by stressing, “I am not anti-vaxx,” adding that “simply put, I am anti-bully” and telling Mighty Ducks franchise fans that “I am as disappointed as you are” about leaving the show. A rep for Disney Television Studios had no comment.

Deadline’s story last week reported that DTS’s ABC Signature, which produces Game Changers, made the decision not to pick up Estevez’s option for Season 2 after weeks of back and forth with his team and that Estevez, through his reps, had declined to provide assurances that he would comply with the show’s new policy requiting Covid vaccinations for the cast and crew in Zone A. The report acknowledged that creative differences may have played a role in his exit.

While Estevez does not address whether his team assured the studio that the actor would comply with the new mandate, he is firm that creative differences were at the heart of the contract dispute that ultimately led to his exit from the series.

Here is his full statement:

I am not anti-vaxx. Full stop.

I take this pandemic very seriously, and I am often teased about my continued following of the safety protocols and my abundance of caution.

I want to address what transpired and clear up some falsehoods which appeared in an article regarding my decision to depart “The Mighty Ducks: Game Changers.”

In the final analysis, this was nothing more than a good old fashioned contract dispute and not, as some would believe an anti-vaccine position.

While I can’t speak for anyone else in regards to this polarizing, sensitive issue, I have my own lived experience.

In late February 2020, at the end of shooting the pilot for the “The Mighty Ducks: Game Changers” in Vancouver, I wasn’t feeling 100%. I chalked it up to being on a cold set and on an ice rink day after day.

I drove to Vancouver for the pilot, due to news of “an emerging disease,” which would eventually be known as “Covid 19.” My decision to drive there and back was to avoid mass crowds and international airports. I already started wearing face coverings, gloves and using hand sanitizer. I also genuinely love driving across and around America, as anyone who knows me can attest.

En route from Vancouver to Los Angeles I became noticeably ill. Once back in L.A. I begged several doctors to be tested for this new variant of flu. I was assured that “I didn’t meet the criteria,” or “There’s no way you have it.” After multiple efforts, I finally received a car side Covid 19 PCR test on March 13, 2020. I continued to become increasingly sick, suffering from fever, sweats, brain fog and mood swings.

On March 17, 2020 I got word I had indeed contracted Covid 19. Thankfully I refrained from visiting my elderly parents and others until I received my results. I had discussions with doctors and contact tracing personnel from the L.A. County Department of Health.

I suffered the summer and fall of 2020 from what we now know as “Long Haul Syndrome.”

As the show went back into production in August 2020, I reluctantly soldiered on, but was uncertain about how I would be safe on set. I questioned the wisdom of returning to make a tv show in the middle of a pandemic and how actors could be considered “essential workers.”

The show producers tried their best to assuage my fears of coming back to work. “You have natural immunity!” “You’ll be the safest one on set,” I was repeatedly told. Additionally, I was warned by my former reps about possible consequences and legal jeopardy I could face for not reporting to work as ordered.

So, I returned to Vancouver. I followed the Canadian quarantine mandate as well as the strict “Zone A” on set Covid protocols. I did not complain, nor did I release my diagnosis to the public. I wanted to try and preserve the show morale and be a leader, however, while still suffering from Long Haul Syndrome. The legacy of the franchise was more important to me than my own health.

In retrospect, I wrongly chose to protect the show over being transparent about having contracted Covid-19. I may have provided another public example to wit, how we are all vulnerable to this deadly disease.

The quoted “anonymous sources,” producers and show runners all know the truth.

Simply put, I am anti-bully.

My exit from the show was due to a myriad of creative differences – any other narrative is false.

To the fans of the franchise – I am as disappointed as you are.

To my “Ducks” cast and crew – have a wonderful Season 2 on the show and please know that I will miss you all.

It was an honor and a thrill to be able to return as the iconic and beloved character, Gordon Bombay, a character which has been a celebrated benchmark in my 40 year career. And I thank the studio and the producers for creating an opportunity to allow me to visit him again.